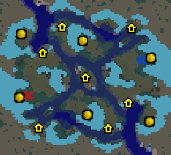 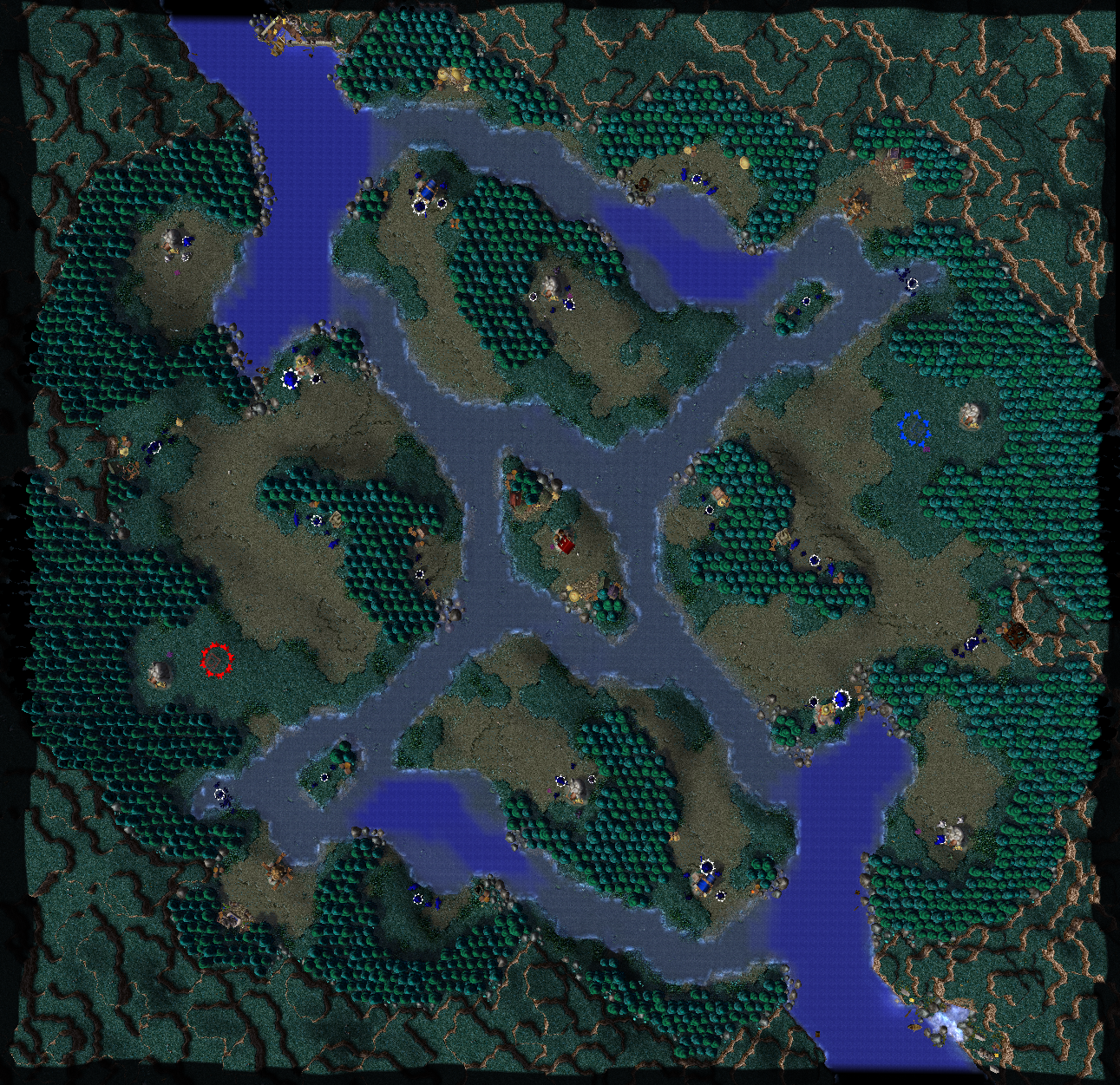 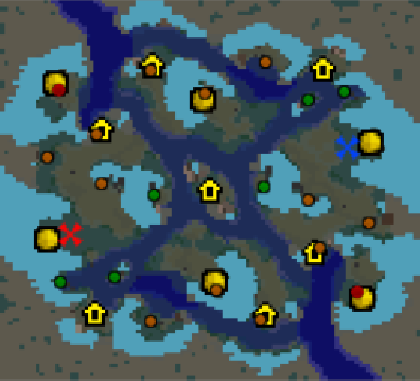 This map is participating in hive cup melee mapping contest #6


Sharing here some ideas used around the map. I think they're useful for future ship maps and mappers.

Start is designed to lure players to play with boat.

2 green camps are close to each other and in open space so you can pull both at the same time. Other green camp drops only weak lvl 2 tome so the inventory doesn't get full with lvl 1 permas.

If you choose to buy a boat you get acces to lvl 11 orange camp with lvl 2 charged item drop and rune of lesser healing (125 hp). And when you go for the mine the boat can go scout. Early game nothing is stopping the boat to take a good look. 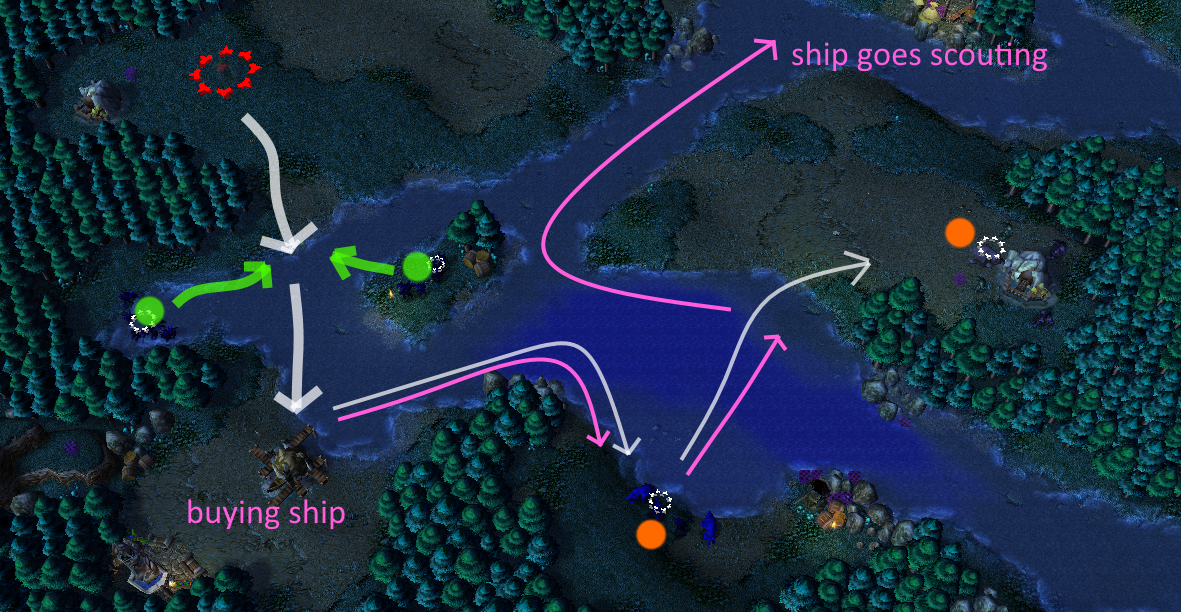 Boats are clunky. That's why I choose to keep the water's edge very clear. Gray dirt tile only used underwater is good for that but it also has another usage: Making the minimap show water areas very clearly. 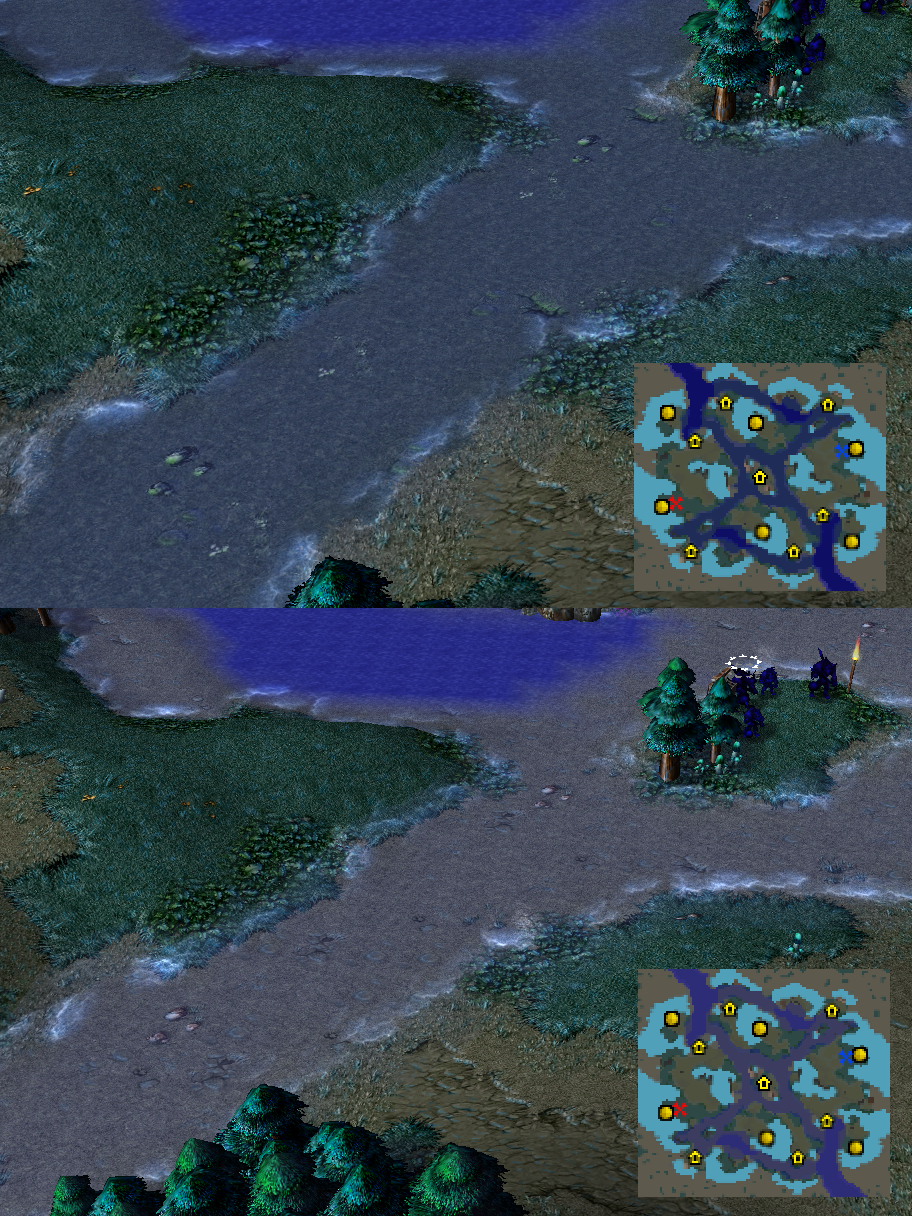 I find it hard to unload a boat fast and secure while playing without these shallow water "unload points". Especially when the area is uncharted and under the fog of war you want to feel secure that your unload click doesn't miss. Unload the boat and go do something else without worry of clicking deep water.

Rocks are covering the edges of the unload points to make it clear that no troops can just walk around the shoreline. 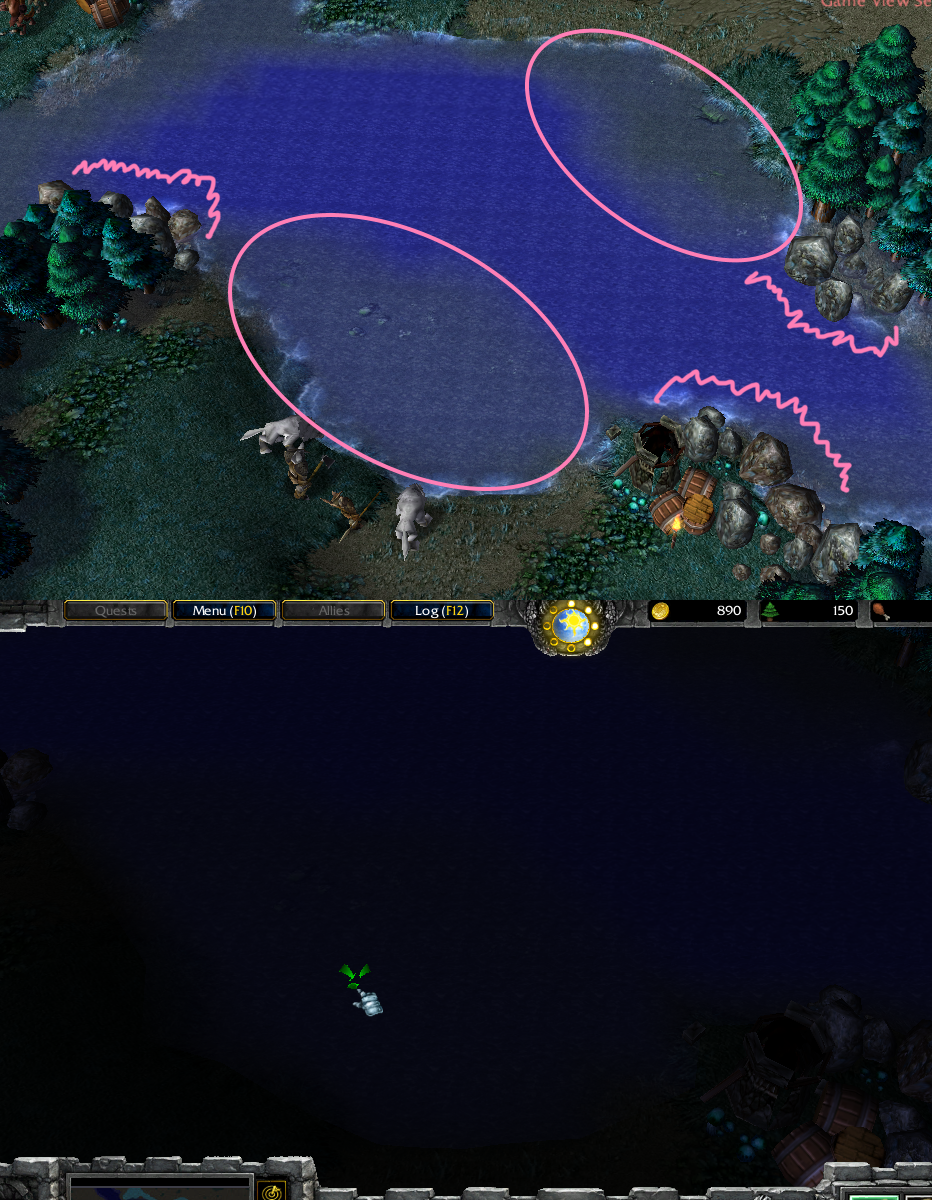 So you don't like boats ok. Then you go for timber because all of the deepwater areas can be walked around if you take down the weak treelines. Here is half of the map with guiding numbers.

1: To the red camp goldmine.
2. Aow creeping through the woods to the goblin merchant orange camp or even the green camp next to tavern.
3. To the orange camp with charged lvl 2 item drop + rune of lesser healing (125 hp) and route to the merc camp.
4. Backdoor to the goldmine.

26.8
- changed terrain around the red camp mines
- red camp is not creepable anymore over water with ranged unit

mafe
Approved based on the results of the recent melee mapping contest: Hive Cup 2020: Melee Mapping Contest #6 - Results I see you tagged me in the last post, I must have missed that. I think the mid creeps are ok now. For further improvements, the...
Read full review...
Reputation Statistics
Show Ignored Content