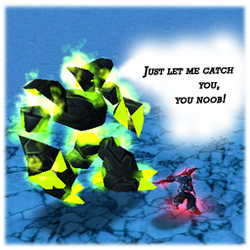 What is this?
This is an escape maker map as the title says. The main player creates an icy maze using his awesome powers and then all the others are supposed to play it. The most important thing is that you slide on the ice and die on the snow. The map technically doesn't end. Ever.

What features does it have?


There are a lot of maps like this one, why submit it?
I found it in my archives and actually I just want to get critique about my coding, to see what I can improve and change. This is why the map is unprotected.

Type 'help' in game to get the list of commands.
WARNING: Commands don't have a '-' infront of them