Tools 2 Maps 5 Spells 5
Is it really not possible to detect the actual Z value of the seabed below water?

I have already found these threads about this topic:
and there is no solution mentioned. I do not want to go with a fake water surface and flying units since I think that some of Warcraft's functionality will get lost like standard spells as Submerge or the floating units etc. I think that swimming units also add some water effect by default etc. and Warcraft's water might have some additional stuff which I don't know of yet and which might be hard to reproduce.

In this post there is a system mentioned which should return the correct camera offset for every location on the map. It seems to scan the map initially and somehow calculate the correct Z value: [General] - How to make water deeper?
However, this system did not work for under water locations. It works with GetLocationZ() and this function does not return any different Z value if there is a cliff under water.
In my map I have created a rather deep ocean and if I move the camera under water it will automatically get higher on locations where tehre is a cliff under water but GetLocationZ will always return the same value (maybe the one of the water surface?!), so Warcraft's camera system seems to know that there is a cliff but somehow GetLocationZ has special treatment for water areas?

I can only think of these two solutions:
I need the exact Z value since I want to have a fixed camera height under water and detect cliffs which are higher than the submerged unit, so it cannot move forward anymore.
Blockers are no option since they will block units above the water!

Here is a screenshot of my map, so you can get a better understanding of the issue (the under water cliffs in the distance should return a different Z than the current location but they don't!): 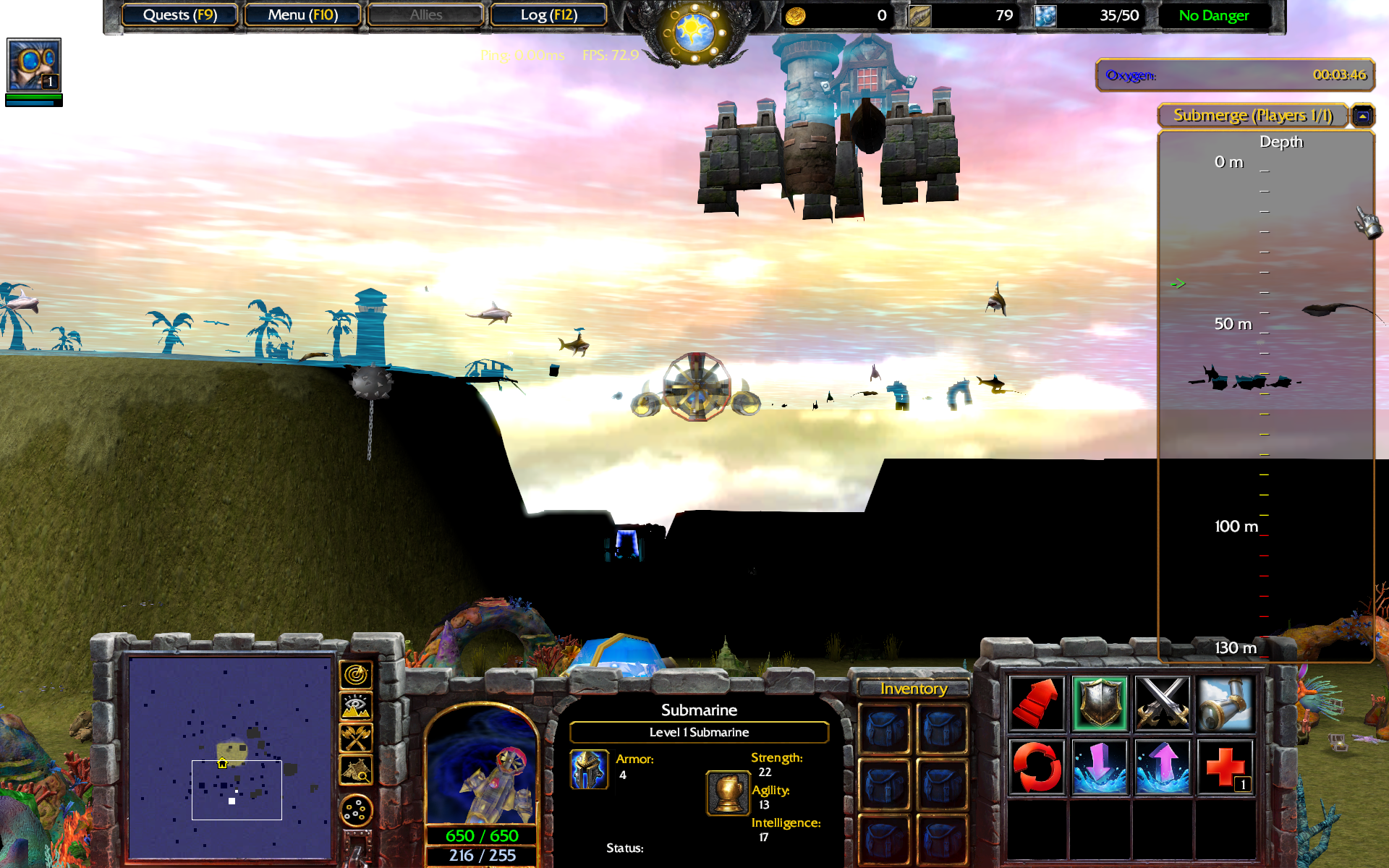 Icons 3 Maps 1
I'm not exactly sure if this will help, but maybe worth a shot - from what I have seen, when you remove a units collision, it will always walk on the seabed (or lowest available terrain).

maybe you can use a dummy unit with no collision as a height detector.

Tools 2 Maps 5 Spells 5
Are you sure? I have tried this with the movement types flying, floating and amphibious and the units did not walk on the seabed.

I have attached the example map.

Icons 1 Tools 1 Spells 4 JASS 4 Tutorials 10
Pretty interesting problem. I don't know of any trick to bypass the weird water limitations--imo it'd be best to write a script to process the w3x and compute the height of the terrain at each 32x32 tile (or more/less granular, depending on how you accurate you need it to be). Then dump those results into an array or hashtable.
You must log in or register to reply here.