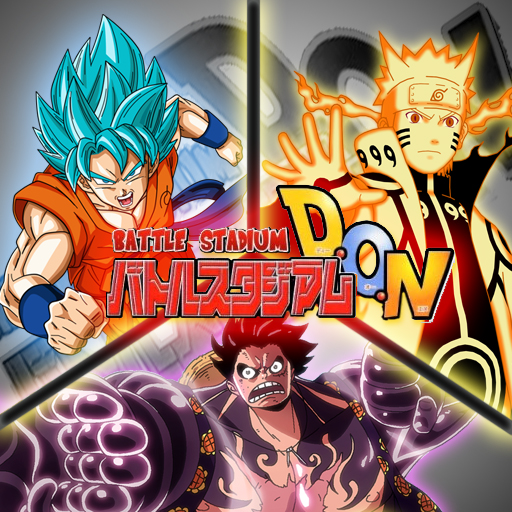 This bundle is marked as approved. It works and satisfies the submission rules.
View usage Statistics
Reactions: FeikVizeege, Tasyen, andrelu and 11 others 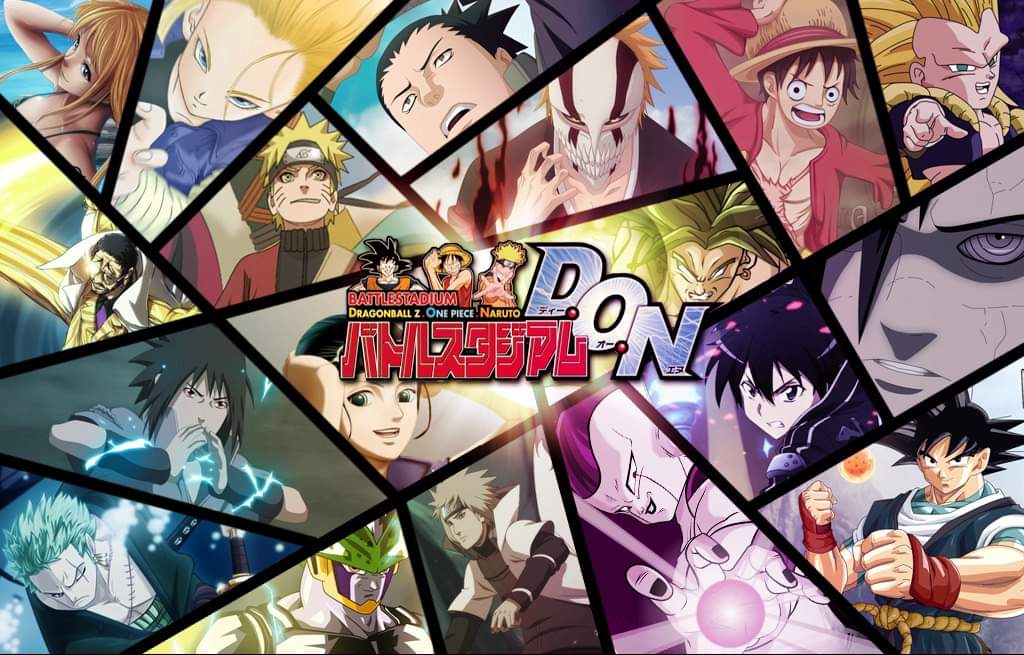 I Strongly recommend this map for manga lover!!!
BattleStadium D.O.N.
Anime Map based on Anime Jap fighting game for the GameCube and PlayStation 2 featuring characters from the popular anime and manga series
The War between three great Dragon Ball Z, One Piece, and Naruto, hence the D.O.N. 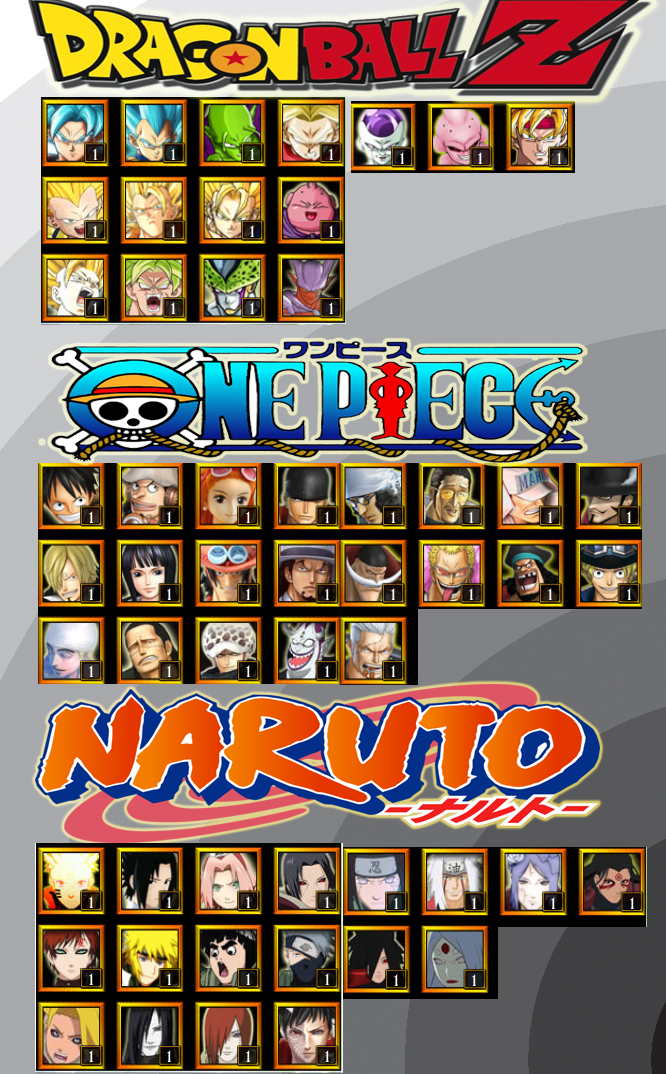 Since the map worked nearly 4years. I cant describe it all. 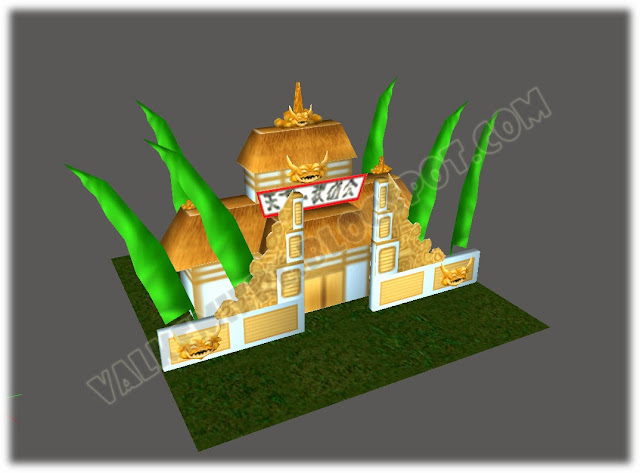 Maps 1
This was one of my favorite map until another map caught my eye. (Valkemiere, you could see it. Maybe you get inspired. The same for the other author. I tried to contact you, but I never found you before you got here D It still is GREAT though. The idea ("stolen", or let's say, for your goodness, "version for wc3."), the spells... it was the first time someone (finally) had the idea to do rasengan and chidori like this (the guy from the other map was the only other one that did the same xD)

Maps 2 Spells 1
DON Team are Glad to see that our fans are happy ^^ i would like also to tell evry1 to check out the first page i have added a video of new spell that might being found in don 1.6 ^^

I still enjoy playing this, sure its chaotic and imbalanced sometimes but thats half the fun. I know quite a few people who'd like to maybe see Chopper in a new version if there is one, I know I would

Maps 2 Spells 1
While you are saying that it would be cool if you could provide us some of his attack : hero are based on this 1 passive + 2 spell + 1 ultimate We need more One piece char : i know valk wanted to add crocodile but i admit lot poeple are requesting chopper & Crocrodile .


Me and Valk dont know alot from One Piece, i only read Bleach, Dbz & Naruto Manga yet & i dont think ill have time to read one piece manga's so video would spare us time and fiits better than only " Hey yo add this char"


Sakura_Kasugano said:
Mm..its finally back, fun map, very addicting still, my only complaint is it should maybe have bots or some sort of A.I., no one ever joins it when I host on B.net...but when they do join this is like all I host xD Looking forward to (maybe) future versions.

Yeah guess so. It was just a thought. I won't tell you guys how to make your maps, just go nuts with whatever seems right. One Piece is the best though x.X

*agrees that one piece is the best*

. Chopper and/or crocodile would be quite dandy!

the only character that had no model yet was rob lucci's form, how bout replacing him with mihawk?

croc would be unique too and a fine idea. there's also a typo/grammar errors in-game, you should fix it.

2 and retype the sentence on Angry Explosion ulti.

it should be "Explodes himself and deals massive damage on a large area, but Good Buu remains on play."

4 I recommend you to replace the "Good Fat Buu" to "Fat Buu" Evil or bad isnt really nessecary on his name.

So far I only found 1 typo error, It should be "Kakarotto's son" instead of "Kakarotto son"

And I have a request, can you add Broly as a selectable character in-game?

and it might be cooler if you add goku beside gohan when doing a father and son kamehameha. =)

2 and retype the sentence on Angry Explosion ulti.

it should be "Explodes himself and deals massive damage on a large area, but Good Buu remains on play."

4 I recommend you to replace the "Good Fat Buu" to "Fat Buu" Evil or bad isnt really nessecary on his name.

So far I only found 1 typo error, It should be "Kakarotto's son" instead of "Kakarotto son"

And I have a request, can you add Broly as a selectable character in-game?

and it might be cooler if you add goku beside gohan when doing a father and son kamehameha. =)
Click to expand...

Models 6 Maps 3
hehe. ok. change it soon..
this map include 20 hive maps this month @[email protected] i dont believe it.
what the most ppl like in DON? i want review it. coz this map lookslike still bugging and imbalance. lol. but i'll always improve this map.

valkemiere said:
hehe. ok. change it soon..
this map include 20 hive maps this month @[email protected] i dont believe it.
what the most ppl like in DON? i want review it. coz this map lookslike still bugging and imbalance. lol. but i'll always improve this map.

yes, a bit of balancing would do. what matters the most is the game's special effects which made me motivate to play your game, it's your specialty anyway..
i saw your broly nuke on youtube that's awesome aside from your rasen shuriken model, you should add that too.

valkemiere said:
hehe. ok. change it soon..
this map include 20 hive maps this month @[email protected] i dont believe it.
what the most ppl like in DON? i want review it. coz this map lookslike still bugging and imbalance. lol. but i'll always improve this map.

the map is Popular becuz spell are goodly made, Hero are interesting,:few mode playable very interesting & also You have 2 clan in useast that host don evryday

Suggestions:
Could you add as a passive Gaara's Sand(it's the sand that automatically protects him) i think its very essential for gaara.
Or the Armor of Sand, that gaara uses to protect himself.
Add some models for the "bases" like the ones in Naruto Ninpou(map) would make it more cool.

iF poeple wanna talk about DON in a Forumz come around http://hkv.ucoz.net/forum/ : Clan HKV/[email protected] Forums

have a nice play evryone ^^

Edit : And id love to have goku in a normal wc3 melee map would just be fun to play as goku and kamehameha computers it won't go online or anything so if u want to give it i'd be forever gratefull X_X . If no sorry i asked the greed was to much D:
Last edited: Aug 19, 2010

awesome map. keep it up gL

Hmm I effing love the broly skill set. Specially the Bloody Combo and the ultimate. I feel like i'm playing as the real Broly

BTW here's some suggestions i want to share just in case.

1.Gaara's Skill set names are messed up. Please fix it.
Here's some info:

2. Madara's Nine Tail summoning is just too lame. I blocks the whole screen, it also blocks Madara (Which you cannot click while fighting him), its cool but it's really annoying.
I suggest you put a 100% evasion rate ability which can be activated by timing or quick buff, if you want to base it like on anime.

3.Please improve Hatake Kakashi's Mangekyo Sharingan Skill Graphic Effects. I want it to be bad ass such as Madara's time space jutsu.
4. Enel's Ultimate Does no damage
5.Japanese and English Audios are mixed up. Japanese Dub is the best

As for the AI GAMEPLAY, can you at least make a 2v2 or 3v3 mode? 5v5 is just too messed up IMO due to the flashy skills and number of characters.

I Rank this map 8/10.
But it can become higher if the skills, balances, tooltips and names are fixed.
I can help you with the grammars, just PM me
Last edited: Sep 19, 2010

Maps 1
You should hide the changelog..

Exelent map! one of the best anime fights, in english, all works, love it! ^^

Maps 2
Zoro's ashura is awesome but have nothing to do with the real ashura. Same for nigori zake!

Models 6 Maps 3
thanks for review.

Models 6 Maps 3
thanks for upload this.

Maps 8 Spells 1
Valkemiere, what happened to the description?!!

Maps 1
I think it was the
Text
code. Not sure. In case, it would be
All the changes, here
. Or, if you don't mind, one hidden tag written Changelog, and inside it lots of hidden tags each with the changelog of different versions.

However, without the ' of course.

quite a fun map but i had a suggestion.

Make kakashi's ultimate pull other units that near the targeted unit

Also i think, you should change vegeta's critical strike into an passive bashing skill, A skill that gives 20% chance to push unit 140 units away. Mainly because most of his skill have casting time making he wasn't good and can't dps well even with his super saiyan

Models 6 Maps 3
sure. vegeta will improved in next version. changing his ability.

about the kakashi ultimate, it should be point target what i mean is, that it shouldn't be unit targeting spell it will make it so much imba, so instead of, it sholud be point target, so then player have a chance to dodge it.

Great map, but balance is needed.

Also, i found out a RARE bug, it occur rarely, but when it happens, the map goes buggy. The bug is that sometime you might random a same hero even thought it is picked already! Example: A has picked Son Gohan, B randomed, and got son gohan, When A uses Father-son kamekameha, B uses Father-son kamekameha while A is CASTING father-son kamekameha, then after casting is done and B has fired as well, A will be stucked, he loses the ablity to control his hero and such. But if an enemy or allied hero uses an unit targeting spell on him, he regain control for his hero. Although it's a rare case, but it still happen sometime. .
Last edited: Mar 22, 2011

Models 6 Maps 3
the most downloaded map in this month XD i'm excited. thanks

Models 6 Maps 3
yea. i hv been noticed that >.< ah sorry. sure. thanks kidsoulex

Models 6 Maps 3
thanks
You must log in or register to reply here.