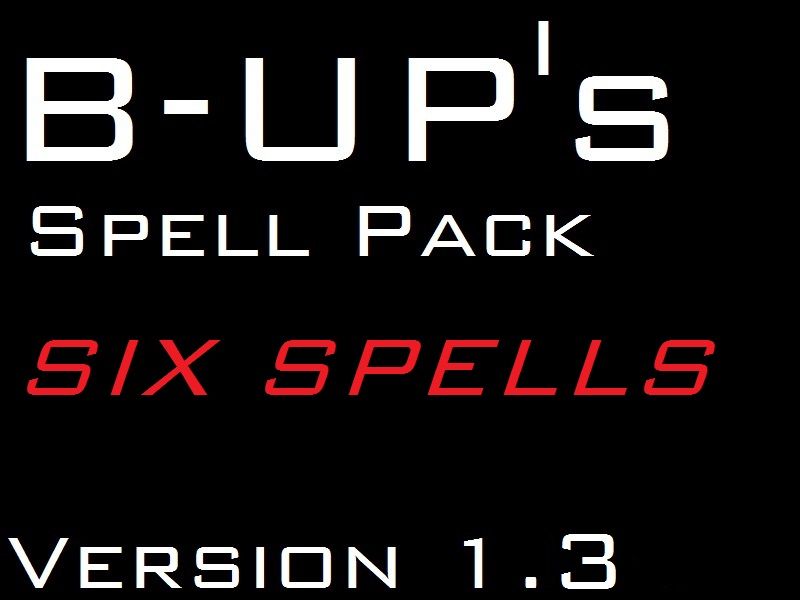 This bundle is marked as approved. It works and satisfies the submission rules.
View usage Statistics Legacy download
Reactions: rulerofiron99, Ofel, Wrda and 2 others
This is my first spell pack
Contains Six Spells
I have plans to add more spells with more heroes in each update

Added Some Documentation to spells,
Made the damage type configurable for all the spells,
In Thunderstorm spell,the caster will go back to it's original point after the spell finish,
Changed the max flying height of "FLY" spell to 60,
Added another tester unit in the map.

Removed the group leak that Mag pointed out

Added a new spell "Dimensional Displacement"
P.S. - This spell is not made by hijacky

By the way,sorry for the weird terrain
DON'T FORGET TO RATE IT.

Spells 33
What happens if we don't like it ?
Just asking, haha

Maps 2 Spells 13
Just leave it as it is,,
I think this will take time to be moderated cuz there's a lot of pending resources for him

Spell Pack!! Whooo!!
That's what i've been looking for a while

Maps 2 Spells 4
Amazingly awesome! Now, i am a person who looks at the overall look of the spell(s) in-game, i don't look at the code a lot.

FLY SPELL -> It is absolutely awesome, i really liked it! Nothing bad to say. Except that the flying height that the unit goes to is really high (when he attacks, his blade doesn't touch the attacked unit). But that is configurable, so it's OK!

STRIKE -> This is also really good. However, if i use it in my map, i would change the configurables a little bit (everyone has a different taste). The only bug i encountered is that sometimes, the unit's animation doesn't play (when he has to slam). You can try pausing the casting unit while he is performing his animation and unpause it after. /// EDIT : You could add a configurable that defines if the spell has a minimum range in which it can be casted. Because some of it's users (War3 coders i mean) may not want their hero to cast Strike while in melee range (now you can). And if the user wants it to be like how it's now - he simply puts that minimum range to 0.

EMBER SLASHES -> No criticism here. The effects are a little bit disturbing (because there are too much particles) but it can be configured, so it's OK! /// EDIT : A configurable can be added here too. One that defines how much times the caster can slash. Because when there are a lot of units in it's AoE, it is pretty OP. And you know, this configurable says if the caster can slash 3 units, less or more. If the user wants it to be like it's now, he could simply put this configurable to 999. Or perhaps you can create a second configurable that is a boolean and defines if the number of slashes should be checked AT ALL. So the user can change this variable to false, instead the other one to 999 (because in his map, the AoE might be 5000 and there could be more than 999 units in it with no prob.). Buuut the first configurable only should do the job. (the second one would make it look more PRO )

THUNDERSTORM -> All the things i don't like can be configured here as well. Only thing i can say is that you can play an animation while the unit is spinning. Because if you look at it, you see a Blademaster just chillin' there with his stand animation and doing damage... /// EDIT : Another idea for configurable here too. One that defines if Thunderstorm can be aborted by the caster (a boolean). If it's true, then when the unit casts the spell, replace the Thunderstorm with a dummy spell (which has description and stuff). And when the dummy spell is casted while Thunderstorm's effect rages over the battlefield, the Thunderstorm ends and the abilities are reversed (removing the dummy ability and adding the real one).

DIMENSIONAL DISPLACEMENT -> As Tidal Crush, everything is awesome here too. However, i have an issue with the lightning effect between the glyph and the target - it starts at the bottom of the glyph instead of it's center but it's not a big deal (there was a Jass custom script for this... i think Pharaoh_ showed it to me, create a thread in the Triggers & Scripts section in the forum and i am sure that many people will tell you it). And also, there is something like a blue diamond above the target after the spell ends. What the hell is it?

Overall, i like all the spells. When i downloaded the pack, i expected something not that good. Great job! I also think that the code is right too. You seem to clear a lot of leaks. You also made almost everything configurable in the spells which is just awesome.


Rating not changed!
Remember that those are only suggestions. You are not forced to do as i say. You make the decision!
You may think i am an asshole for asking for more configurables, even when you have dozens of them...

Maps 2 Spells 13
Thanks for the great review.
I make spells but I'm not good at making into an awesome piece,so I let almost everything configurable.
I will make the damage type configurable and add some documentation in the next update

Maps 2 Spells 14 Tutorials 1
Why can ground units hit me when I'm flying very high in the air?
The fly spell doesn't need a looping trigger.

Maker said:
Why can ground units hit me when I'm flying very high in the air?
Click to expand...

@BUP, you can prevent ground units from attacking the caster by adding the Crow Form ability to him. It doesn't appear in the hero pannel (bottom right when you have selected the hero). Just like the Locust skill.
The Crow Form changes the unit's movement type to "Fly", thus ground units can't attack it.

CoLd Bon3 said:
@BUP, you can prevent ground units from attacking the caster by adding the Crow Form ability to him. It doesn't appear in the hero pannel (bottom right when you have selected the hero). Just like the Locust skill.
The Crow Form changes the unit's movement type to "Fly", thus ground units can't attack it.
Click to expand...

Giving the caster the crow form ability doesn't pervent units from attacking the ground, only gives the ability to fly.

Wrda said:
Giving the caster the crow form ability doesn't pervent units from attacking the ground, only gives the ability to fly.
Click to expand...

Damn right!!
I was busy replying to the Breakdancer.
And I've already added the Crow Form ability to the caster to change the flying height

Maker said:
Why can ground units hit me when I'm flying very high in the air?
Click to expand...

I added this trigger now.
I made the ranged attackers to be able to attack the caster

Unfortunately, there are people who make ranged units only able to attack ground and melee units who only attack air. It looks stupid (Like HLWR) it seems to don't have a way to fix o.o

Edit:INSANE SPELLS lol^^ just tested them and saw a bit of the triggers, seems leakless and great coded gj 5/5 + rep

Why don't still before ??

Ofel The Editor said:
Why don't still before ??
Click to expand...

What does that mean?

Icons 3 Spells 2
But the thunder Storm have bug if unit cast it near the out of map the caster its stop and taddaaa the caster out of map ;-D.
any way its good spell pack 5/5 for you ;->

Wolf_Wing said:
But the thunder Storm have bug if unit cast it near the out of map the caster its stop and taddaaa the caster out of map ;-D.
any way its good spell pack 5/5 for you ;->
Click to expand...

You are always testing the spells near the boundary...
You told me like this in the "Escape Leap" too...
That's a player made bug(I think)

EDIT:Spell Pack Updated.The Bug seems to be not occurring any more

Maps 2 Spells 4
Am... in the 1.1 version, the Thunderstorm spell hits dead units as well. The lightning bolts strike the corpses too. I don't know if you minded it this way... i'm just saying.

Maps 2 Spells 13
@Cold Bon3
You can check pre-1.2 version in my previous post's attachment
It contains a new spell

BUP said:
You are always testing the spells near the boundary...
You told me like this in the "Escape Leap" too...
That's a player made bug(I think)

EDIT:Spell Pack Updated.The Bug seems to be not occurring any more
Click to expand...

This is not a bug that users create. Yes, users can produce this bug, if they use the spells near boundaries. Think about small maps with an area of 32 x 32, though. You should be sure that none of your future spells create this bug because Wc3 can crash with units outside of playable map boundaries.

Maps 2 Spells 4
BUP... you don't need those "Cleaner" triggers. Giving a generic expiration timer to the dummies is enough.

Maker said:
I tested with creating 12000 units and adding expiration timer. I saw no major leaks anyway. If there was a leak it was very small. Don't worry about it.

Btw, you said that you will take a break for several days...

I mean you must still make spell pack....

Maps 2 Spells 13
Spell Pack Will be updated soon!!
You must log in or register to reply here.