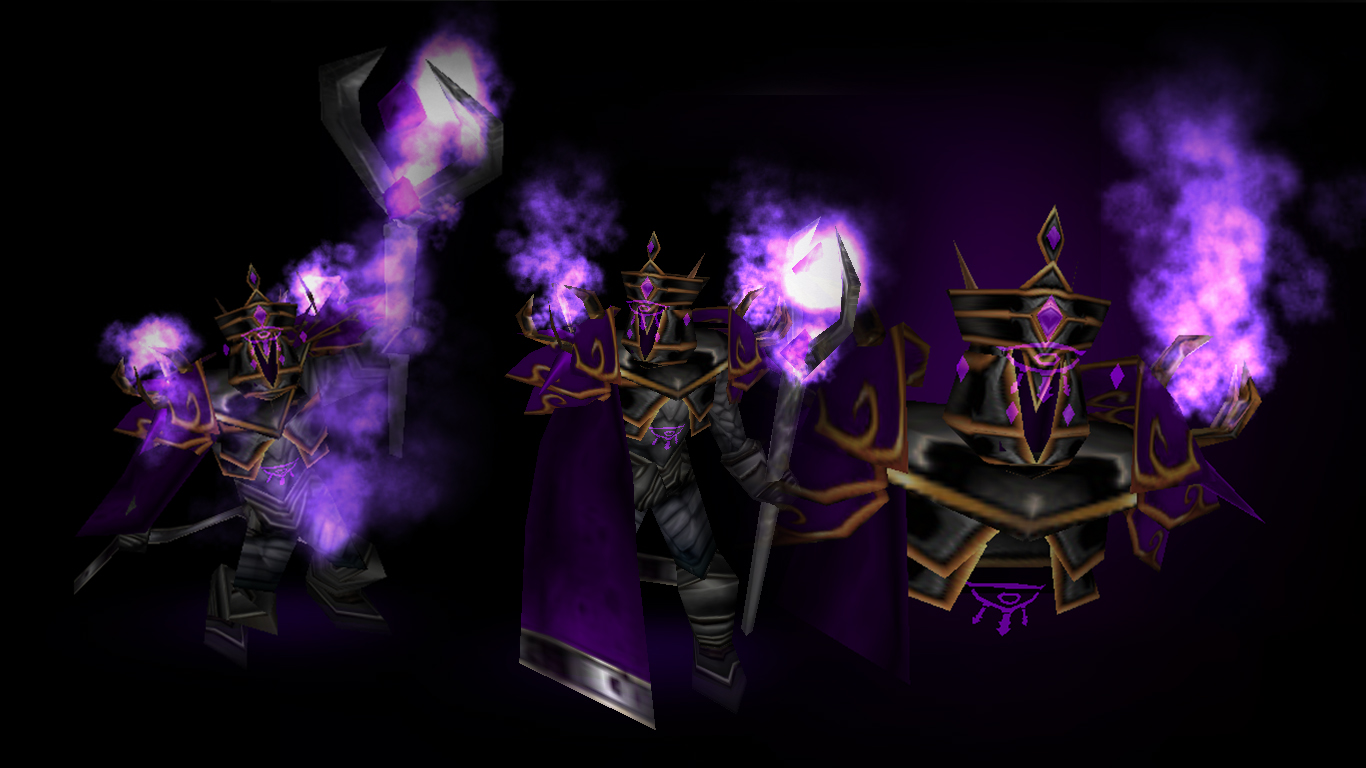 This bundle is marked as recommended. It works and satisfies the submission rules.
View usage Statistics Legacy download
Reactions: Great_EE, Garathorn, Kam and 13 others
while another lore character from me...
I spend two days for this T^T
credit me whn use...
and special thx to paladinjst who make the robe of dalaran
without the logo this model wont come up...

Great model, but very dark. The same goes for Rhonin, but especially Aethas looks a lot more like an evil warlock than an archmage
Still so very iconic and recognicable, I love it

The same I commented on Rhonin applies to this one:

This is a nicely done model, and surely useful. You need to lower that particle count, though. It almost reaches 500 particles in regular animations as Stand. Not only it is an overkill of effects visually, but also each particle mean 2 polygons to be processed. You can achieve good results with fewer, but bigger, particles. Just to give you an example, the Firelord, which is a particle heavy model, has around 90 particles at its stand animations. You shouldn't go above that in this model. Play around with their size, opacity, fading, etc, and you'll see how easy it is to get good results.
In addition, those particles leave a trail in-game by the hero's shoulders. That doesn't look right. Trails left from weapons, or staves, do look alright in-game, but you'll probably do better setting the shoulder particles fixed to Model Space, so they don't spread around in the game scene, and your model should then leave 1 single trail of particles, which seems much more reasonable and looks better imo.
If you have any doubt on how to solve those particle issues, feel free to contact me.
The other issue I see is that the death sound it uses doesn't correspond to the death animation. There's a very present impact sound of the corpse hitting the floor around 1 second after he already fell down. You might want to change that sound (or the animation)..

Except for that, it's a great piece. Useful for a cinematic/campaign hero, since it has many talk animations. Fix those issues and we'll be good to go.
Click to expand...

Awaiting on the updates.

Models 62 Icons 7 Skins 1
May i suggest renaming the stand third as stand-2 and deleting stand second all together?

The filesize is acceptable, the team color is enough, and the adaptation of textures is nicely done.
Just the staff would better with some glows, and the particle emitters need a bit more of reduction, because with that smoke looks like an Archmage Rastafarian.

Tutorials 1
I feel like this skin on the Lich would work much better.

That might just be a bug in the hive model viewer.

Models 1
good job!
You must log in or register to reply here.

The Kirin Tor and Jaina Proudmoore after WotLK.