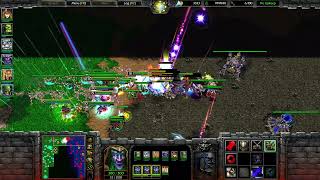 This bundle is marked as pending. It has not been reviewed by a staff member yet.
View usage Statistics Legacy download
Reactions: Achille and deepstrasz
Spawn Patrol System/AOS Spawn System
IMPORT GUIDE :
0. Make sure 'Automatically Create Variables when Pasting Trigger Data' is ticked in the Preferences
1. Import the Libs folder to your map
2. Import the Patrol System folder to your map
3. Import the Spawn Patrol System folder to your map
4. Refer to the test map for sample usages
SYSTEM INFORMATION :
I will be honest, this system is not scoped correctly and thus born like this. My sample case was my own AoS thus I scoped myself around that, and I missed some crucial features for a Spawn System that is needed in an RPG scenario. Anyway, let's get going with this.

WHAT IS THIS SYSTEM?
1. This system offers easy-to-use and quick installation for AoS Spawn.
2. The system utilizes a patrol system, which allows for mapping several path points without allocating multiple triggers around the path points.
3. The system common usage would be AoS maps, where each of the creep paths can be easily adjusted via a configuration trigger.
4. Alternatively, it can be used for Rogue-like maps where killed unit spawns and re-patrol an area.
MEDIA SHOWCASE :
CHANGELOG :
Version 1.0: Released

CREDIT :
@Chaosy @IcemanBo for the Patrol System
I had hoped this would be helpful for some people out there who asked me about this kind of system, but it seems I miss-scoped this whole spawn system idea.
Contents

Map Info View Resources In Use Preview Triggers Download
You must log in or register to reply here.