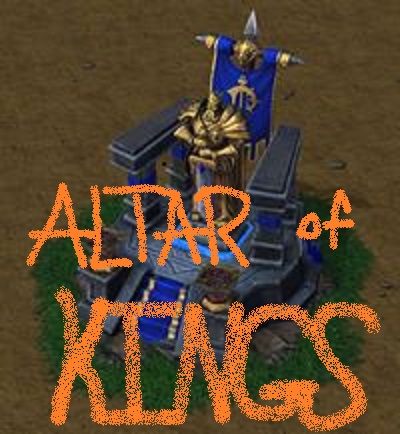 This bundle is marked as recommended. It works and satisfies the submission rules.
View usage Statistics Legacy download
Reactions: Ardenaso, PBibbs and jameslaymusic

The B team Presents

I attempted to create a Map that joined together elements of all of my favorite Warcraft III custom games, such as footmen frenzy, survival, and tower wars. This map is a competitive survival game where you must attempt to balance your defensive and offensive strategies. The objective of the game is to destroy the enemy town hall and defend your own town hall using units and towers that are unique to each player depending on play-style and user choices.

There are two people on each team. Player 1/Red, as well as Player 3/Teal (opposing sides), will begin the game with a town hall that will begin to produce footmen automatically. Along with this, Player 1 and Player 3 will also select a hero from the list of Hero units that are available in a regular skirmish (A variety of custom hero units have also been added to the game). Player 1/Red and Player 3/Teal will focus primarily on gathering gold from killing units, attacking the creeps on the map and coordinating with their partner to plan attacks. (this was inspired by and is similar to the way footmen wars works)

As Player 2/Blue or Player 4/Purple (also on opposing sides), you will begin the game with a Hero/builder unit. This unique hero unit can construct a large variety of offensive and support type towers. The focus for these players is to collect gold from a gold mine (see in-game help menu) as well as send attackers by buying them from a structure called "Unit Tower". These special attackers are not controlled directly by player 2 or 4 but rather are sent on an auto-attack route toward the enemy base, sending these attackers will also generate money based on a periodic timer, the more you send the more money will be generated. (this was inspired by and is similar to the way tower wars works)

The main thing that stands out in this map is that the two players on each team (Player 1&2 vs. Player 3&4) play a different role. One person will produce units and level up a hero while the other player will primarily build towers and use a proxy army to attack the enemy. Each player has a large variety of options to accomplish victory and will likely change their strategy based on the actions of the opposing team.

Zombie Attacks: Every seven minutes and thirty seconds there will be zombie spawns that will attempt to destroy your base. These zombie attacks occur for both teams and are not allied to either side (this means the zombies made to attack the enemy base can be a hazard for you as well). These zombie attacks are easy at first but quickly scale up to full-on assaults on your base, make sure to prep defenses before the wave arrives. There is a special creep unit located on the map that will turn off ALL zombie attackers, allowing both teams to focus entirely on the destruction of one another. (this was inspired by zombie survival games that get progressively more difficult)

Auto-spawning units: As player 1 or player 3 you will produce units approximately every 30 seconds and there are specialized upgrades for each racial selection (players can upgrade to other Human tiers, Orc, Undead, Night-Elf or Naga). Along with these specialized race upgrades, there are upgrades that apply to each unit type (such as the defend ability for footmen). There are also attack and defense upgrades that apply to every race and unit that you can auto-produce (meaning that if you upgraded attack and defense of your footmen then these upgrades will carry over, even if you select a different race).

Auto-attackers: As player 2 or 4 you can produce auto-attackers at the click of a button (for a price), these units can be upgraded after upgrading the "Unit tower" building. More powerful waves and even individually controlled units can also be purchased from the higher tier unit tower buildings.

Towers- As player 2 or 4 you will also be responsible for securing a gold mine with a resource tower (can be constructed with main hero builder unit) and defending this gold mine, as well as your base, with towers. Most of the tower selections should be familiar if you have played both Warcraft III campaigns but there are some selections unique to this game.

Creeps: There are a large number of creeps on the map. The main purpose of these creeps is to gain experience and money for players 1 & 3, they also guard some important map locations or buildings. These creeps will respawn every 45 minutes as long as there are no units detected in their spawn regions. The creep re-spawns will supply gold and experience as well as basic items.

Maps 1
This map is difficult but I have tested numerous times however, I may have missed something. If you notice any bugs, errors or major imbalances please leave a message and I will attempt to address it in a future update.

Maps 1
Please leave a review or comment so that I can edit and update the map as needed, your feedback is important.

I really enjoyed this, reminds me of some of the classic ladder games back in the day. Combines a bit of everything (tower defense, footies, hero leveling, etc..). Nicely done

The map:
* has several strategic points that can change the tide of victory

There's a few general ways to win:
1. Kill your enemy directly
2. Survive the zombie hordes longer than your enemy
3. Combine efforts with the enemy to end the hordes, then kill the other

Because of the hordes, your attack timing is key to victory.
This is my all-time favorite custom Warcraft 3 Map. This game has been developed with discord community feedback for years, and it's surprisingly balanced.
You must log in or register to reply here.

Issue train order from any Altar of Kings

Model for an altar to the Blood Elves