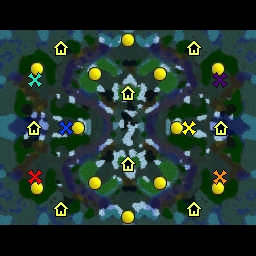 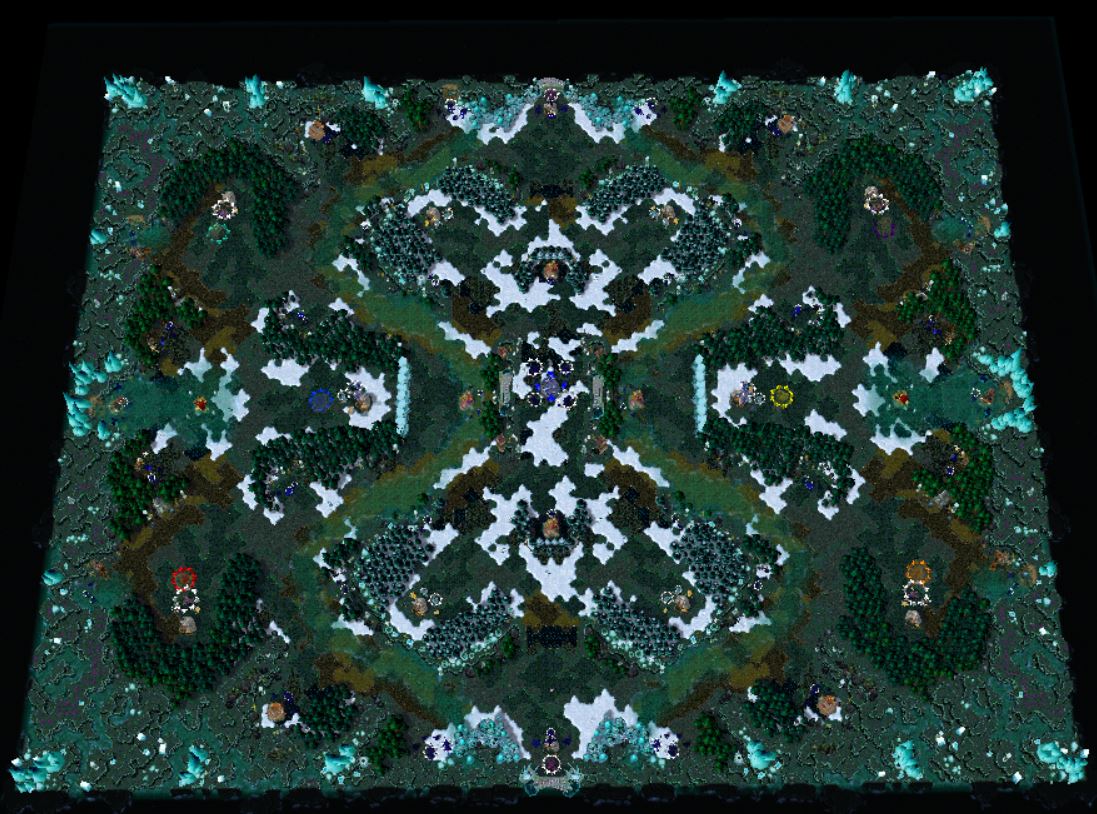 Map Description:
Hail meteor fall on top of the world tree temple splitt the land into half. Time pass by, leave this land as a ruins of haven.

Information:
-Map have a large size [136x104]
-present random neutral building at the middle horizontal position.
-aggro merc path
-middle base have an open up stating base area like Friend.


1.0 upload to Hive
Creator Note:
-A crazy 3v3 map, make it big enough for a long game. in this map there are permanent 6, charge 5, Rune of Rebirth drop in game. This map even have a Dragon Roost in the middle with a very difficult camp to defeat even for 4v4.
Previews 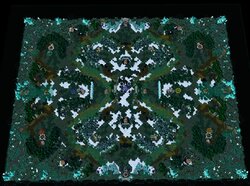 mafe
I like this map, but it's probably too much different unusual ideas put into a single map (something I may have been guilty of myself in the past too). The visuals are alright, just the brownish tiles look a bit out of place for me. In terms of...
Read full review...

Maps 1
Hi, that's a pretty and interesting map! I don't have much experience rating maps, but I have one criticism - the blue and yellow starts are very vulnerable, as the ice gates CAN be broken! Then you have to defend both sides of your main base, when the edge players have a safe game. Additionally, if the gates were invulnerable - summoning heroes like archmage can very easily harass the workers there by summoning through the barricade. Otherwise - the middle double permanent seems scary, but overall it's a very polished map in my opinion!

Maps 10 Tutorials 1
I like this map, but it's probably too much different unusual ideas put into a single map (something I may have been guilty of myself in the past too).
The visuals are alright, just the brownish tiles look a bit out of place for me.
In terms of gameplay:
1. Most creeps and itemdrops are fine, maybe the lvl 3 chargeds are a little too easy to obtain from a lvl 13 spot. Again, the stonebreaker ogres look like they could work.
2. Not sure about the rune of rebirth, but it's good to have it at a red spot only.
3. Random buildings, ofc I like them. However if the shops spawn near the center, they are accessible without kililng the creeps.
4. My only major issue is the complete lack of antiair at the central red camp.
5. Being the central player on each side and having the ice walls taken down will feel very fun.
6. Expanding looks hard in 3v3. Not sure if bug or feature.

That's about it. There not too many dedicated 3v3 maps, so it's nice to see one every now and then. While I'm worried that some of the experimental stuff might be abused by competitive players, it could nevertheless be fun to play a few times. Approved.
You must log in or register to reply here.