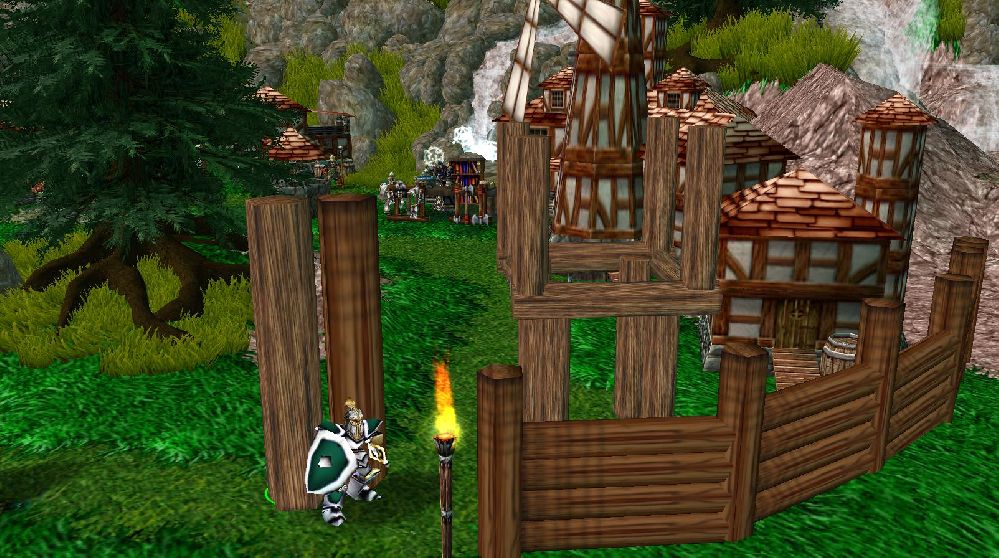 This bundle is marked as approved. It works and satisfies the submission rules.
View usage Statistics
Reactions: Stefan.K
I made these the same day as all those other doodads, but forgot to upload them that day.

The preview is something I made last night which happens to have these models used in it. I wanted to build something out of these right now for an example of how to use them, but then I realized that I'm in a lazy mood and don't feel like making anything, so you get a sneak peek at some crappy unfinished terrain instead.

Enjoy the logs, I hope they're useful. Use shift+enter to use negative values to place -1.57 as the pitch or roll angle (-180 in degrees) in the object editor to place the logs on their side.

The alternate variation has a lot of detail in its wrap and only looks good at large scales; when at a small size the details are so squished that they become blurry. I recommend using only the first variation if you have to make them small.

As always, feel free to edit these to fit your needs, and please give me credit when you use them.

Models 44 Packs 2 Spells 1
I wonder why someone didn't upload similar model before . I give you 4/5 and will give 5/5 if you add death animation . Good work.

MatiS said:
I wonder why someone didn't upload similar model before . I
Click to expand...

Probably because for a long time people didn't like to build terrains out of tons of tiny doodads; rather than using bricks and logs, most people would use premade structures, and even those who built their own would use walls and roofs. People are putting a lot more work into their terrain now, but most terrainers edit others' models to suit their needs, so certain things that a lot of people make for themselves already never really made it onto the forums; I made a wooden log model very similar to this for personal use many years ago that I never thought was worth uploading, and it was lost forever; now I have decided to upload anything that I make that isn't too specific to the map I'm using it for, if I think it can be useful to a lot of people.

I don't really think death animations would be appropriate for this type of model. That would add a ton of uneeded file size and put unneeded strain on people's computers when there are tons of these in a map (extra polies for it to break up, particles, etc). Most people will be using this as an environment or prop doodad to build things out of; not as a standalone pole for footmen to whack. I'd prefer the primary upload at least to be as simple as possible, because 90% of people won't want the added filesize. Of course, I've got nothing against something being made to satisfy the other 10% that want to really get creative with destructibles, but that would be best as a separate model rather than as a replacement or update.

That, and I can't animate. If anyone is willing to animate this, I'll post a link in the description and give you credits. Animating this would take more work than I spent making it, so you could even upload it yourself, with yourself as the primary author, as long as you throw me a credit and link in your description; I would do the same on my model with a link to yours.
Last edited: Jun 18, 2015

This seems very useful. Thank you.
You must log in or register to reply here.