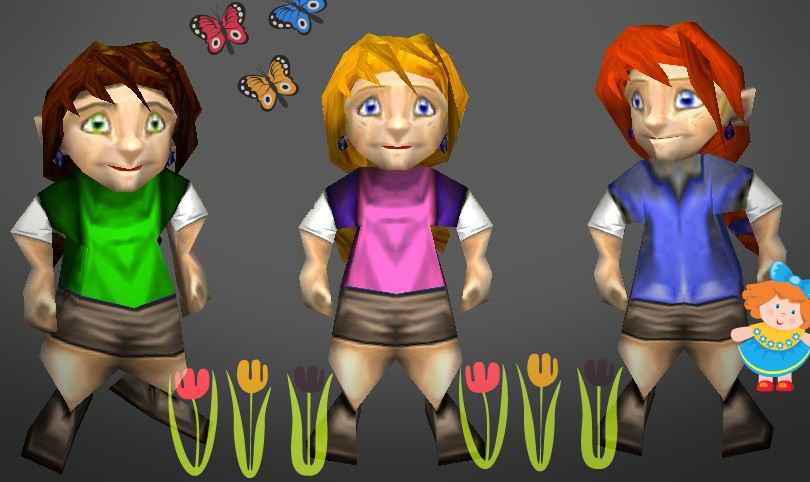 This bundle is marked as approved. It works and satisfies the submission rules.
View usage Statistics Legacy download
Reactions: Niqui2000, Kh0l15, Warseeker and 4 others
Why the frick are there no girls in wc3? I mean- I obviously know the answer- but still the sexism sometimes never ceases to amaze.

I used @Ujimasa Hojo 's optimized kid as a base

Yes, I know there is already a resource- (which finally came out last year courtesy of @Sxar ) but it's a tad bugged and doesn't quite fit my purposes so I made my own (with no skins!)

Moderation: In the end- this probably belongs in simple edit thread or something (as do most of the models I upload) but functions well enough from in-game viewing and as a compliment to the male wc3 gorilla kid. Seriously why are his arms so big and long? I mostly kept her proportions the same but I did tweak her legs and hands to more normalish. Anywho, approved for being useful. If otherwise set to substandard or needs update I'll attribute it to misogyny and kill you.
---

EDIT: Added hair strands- tweaked UV's and proportions and tried to get rid of the underbite in the portrait anim... and failed
EDIT EDIT: uploaded too soon- hair tweaks
EDIT EDIT EDIT: Face tweaks and added super simple redheaded ver for those who can't model gud

*Final EDIT*: Sorry for all the notifications guys. More hair fixes and bone fixes and added earrings. Her face now looks like Link's face... which I guess is good because everyone thinks he is a girl so...?

Just-another-final-edit: Changed portrait around (see pic below), fixed hair, shirt, changed redhair ver, added seperate renamed bone because for some reason ME renames Object21 to Object01 and then there's two Object01 and then everything gets out of whack. Added Blue-eyed-burnette and corresponding screenshot icons for all models. The super clever and much needed eyelashes were also added to all the models courtesy of Cuore taken from when he helped me with this model.
Contents

General Frank
Nice variation of the kid models in the mpq. The models work in-game and are very useful for cinematic maps.
Read full review...

Maps 7
Useful!! I love it when people make models I've waited ages for.

Models 2 Maps 3
Why is it the same face as the original one? Maybe do some touch ups on the face?

Maximal said:
Why is it the same face as the original one? Maybe do some touch ups on the face?
Click to expand...

I agree with this. Not a complex change, but something that could set the new model apart at a glance.

Models 64 Icons 1 Packs 2 Skins 4 StarCraft II Resources 2
I feel that the girls should have some more strands of hair at the center, in the portrait, if not on the model as well, so they don't have such a clear-cut inverted V-line of hair on the forehead.. and you could make their cheeks less pointy? a touch thinner arms/legs and a touch smaller hands/feet would do neatly

Icons 11
very useful, but as said before, you should at least give it a little touch on the face and arms maybe, try (if you want/can) to make the eyes bigger and the nose smaller, and definitely make the arms a bit thinner, right now they look like a kid Arthas and a kid Varian :c

this is not a gnome

Models 9 Maps 1
Tough crowd. I had tried editing the face before but it just makes her look like an old man. I tried again this morning with better(?) results and also did the changes Misha suggested because I should have done those anyway in the beginning.
Last edited by a moderator: Sep 28, 2017

Models 12 Ported Models 1
Nice , but maybe you can change diferent version with the clothes , not only blue ones .

Models 9 Maps 1
Look, I made gender ambiguous TC kids for my own project... It's decidedly not to do with pedophilia tho 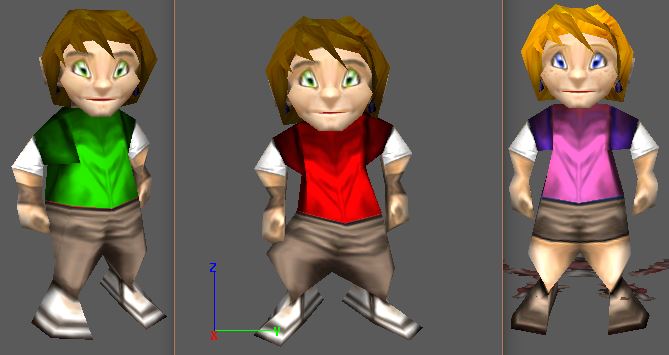 Alethos said:
Look, I made gender ambiguous TC kids for my own project... It's decidedly not to do with pedophilia tho

Good job , wish you could update with teamcolor version for the girls .

paladinjst said:
Good job , wish you could update with teamcolor version for the girls .
Click to expand...

For just one? All of them? Ugh I wished I had saved a TC version of them- now I'll have to replicate the changes with the girls.

Alethos said:
Look, I made gender ambiguous TC kids for my own project... It's decidedly not to do with pedophilia tho

non binary gender in warcraft 3 modding :O. Is it male? Is it female? Nooo it´s neither and its offensive to assume it´s gender .

If i was making a girl i´d smoothen the cheek, try to add little bit of a lip to atleast the lower part of the mouth or both and make the eyes more rounded and large. Make the nose small and linear and of course girly hair. Make the chin smooth too.

Models 22 Icons 1 Skins 1
I can see these models being quite useful, and now I will not need to make them from scratch myself!

I seriously think you are getting to the point you cant do much more to them without some big modifications. The only thing I wil suggest is making the eyes rounder.

Viewing them from above is good enough, due to their pigtail.
Face could use some softening.
Cool idea!

Alethos said:
For just one? All of them? Ugh I wished I had saved a TC version of them- now I'll have to replicate the changes with the girls.
Click to expand...

you can save just one version for yellow hair ot red hair .

Maps 2
Duuude!! Thank you so much! I've been looking for something like this for a while now 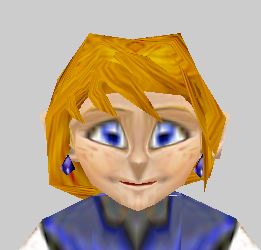 Maps 1
Great Models, they fill a niche that's been unaddressed for what, 15 years? I am disappointed that the redhead isn't holding a doll though, 4.9/5

Models 189 Icons 124 Packs 7 Tutorials 2
Please fix the decay flesh animation: The corpse does not move slowly into the ground as it should.

Models 63 Icons 23 Packs 1 Tutorials 2
I had a chuckle with the "gender ambiguous part".

Anyways, I think this is about as good as it gets with that face texture, it is just way too ugly for a girl. If you want this to be girlier use some other texture.

Models 189 Icons 124 Packs 7 Tutorials 2
Nice variation of the kid models in the mpq. The models work in-game and are very useful for cinematic maps.

Models 9 Maps 1
The portrait needed some work- hence the update- the kids look the same ingame but they're now much more useful for cinematics and the like. 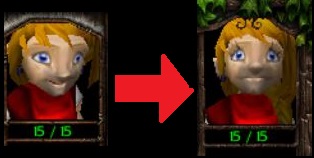 Basically they'll be discount soldiers with less HP, but per unit trained, you'll get allot of them.

I am 1 year older, but i have one request. Can I please make the two of them ghost like? Just for my map! I wont post it to any site, plzzzz pinky promise!