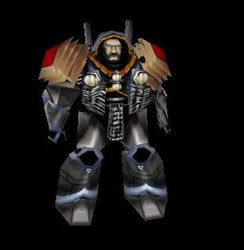 An other Marine unarmed.
I know the design is not very original (Blizzard base), but I have tried to add some animations.
Model is used for Restricted Complex 601

Other animations are classic and work for all tags.

I would appreciate the credits.

Moderator
23:51, 2nd Nov 2010 anarchianbedlam: Needs a corpse in the death animation, animations need work, and this all could have been done with ingame textures and looked significantly better.
Read full review...
Reputation Statistics
Show Ignored Content