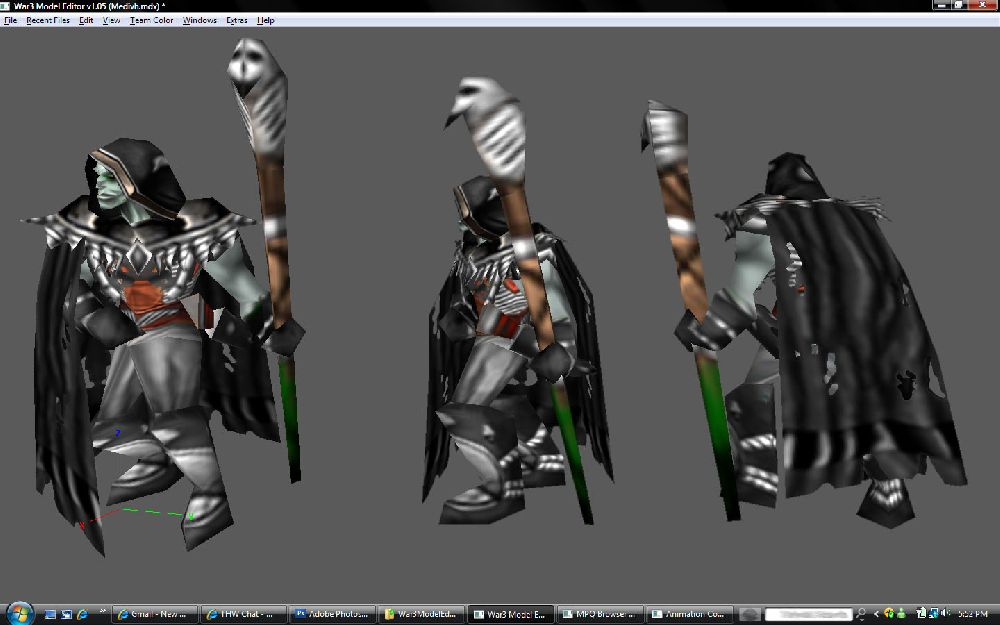 This bundle is marked as useful / simple. Simplicity is bliss, low effort and/or may contain minor bugs.
View usage Statistics Legacy download
Originally the Scourge's plan was to infect the water supplies of Lordaeron to transform the populace into undead. The problem was giving a single unit the power to infect water with the plauge made them very difficult to mask as living. So the Scourge was forced to resort to infecting grain. Which did not require an undead agent to be present at the infecting site.

I made a discoverey, This skin looks awsome when you make the clothes black!

Models 2 Icons 24 Skins 10 Maps 5 Templates 1
For some reason when you click on the pictures it brings up the older un updated ones... Why is it doing this? or is it just my computer's cookies?

i agree, also the eyes could do with a little more work and same with the trousers 3/5

Big Dub said:
For some reason when you click on the pictures it brings up the older un updated ones... Why is it doing this? or is it just my computer's cookies?
Click to expand...

Press the web browser's refresh button (the one that looks like two arrows going on a loop).

Models 4 Icons 52 Packs 2 Skins 30
It's kinda blurry on some parts... and I think that some parts, like the face, have been recolored...

Models 2 Icons 24 Skins 10 Maps 5 Templates 1
I made the face from scratch, but yea some of it is blurry.

Icons 45 Packs 1
Still a bit blurry, but it's not too noticable in-game. A very good idea tough.

And once again it's quite monotone.
Click to expand...

...... I dont know what to do. I think it looks good in black, it is undead... What is a color the undead like to wear?
You must log in or register to reply here.