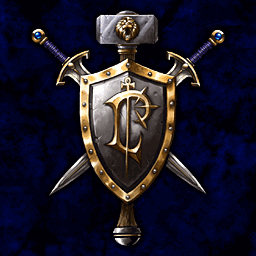 In this campaign something is and something isn't true.Everything made by David.
Rome-Prolugue
In this chapter I will just show you what this "Campaign" is all abbout.The Map is with one place of the city of Rome.
The first battle-Chapter 1
In this chapter Flavius Julius or you, will be attacking a city.You will be fighting aggainst the Gaul.The mission is to destroy the capital of theyre city.
The siege of Patavium-Chapter 2
In this chapter Flavius Julius will attack the Gaul city Patavium.The city will be empty.The Gaul made a trap.All of theyre men will suround you and attack you.You're quest will be to destroy the gate so the men will get inside.
The second Punish war-Chapter 3
In this chapter the SPQR cenate will send Marcus Flavius to deal with the Carthaginian general Hannibal.After the victory of Hannibal you will strike with him.
The cenate-Interlude
In this chapter the cenate will speak about your next quest.
The last battle-Chapter 4
In this chapter you will attack a big army and you will have to kill they're general.
I wish you luck in the game!
WARNING THIS IS AN OLD MAP
Contents

Map Info View Resources In Use Download
Reviews
Vengeancekael Date: 2012/Sep/30 12:39:33 [Please do not send me a message, use Staff Contact] Comment: [Rejected] Credit the creator of the Flavius Julius model. The terrain needs a lot of improvement and I think you're aware of that yourself...
Read full review...

Comment: [Rejected]
Credit the creator of the Flavius Julius model.
The terrain needs a lot of improvement and I think you're aware of that yourself, just look at the first playable map, you've spammed buildings for no reason, the terrain is completely flat, it lacks grass, flowers, etc.
The gameplay needs some touches as well: Don't just give the player millions of default units to launch at the enemy, narrow it down, give each unit type some kind of functionality, also give your hero new custom spells, not the boring Paladin ones.
And add scenarios, like "Destroy the gate, then capture that point to get reinforcements", etc.

Il make a new version with the Scipii sooner
Last edited by a moderator: Jun 23, 2012
You must log in or register to reply here.