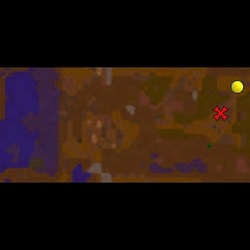 Ok so i started doing this map because of boredom. So don't expect it to be "mighty' as other maps. Well, i had to work on the units by changing their models, and making some triggers. Those triggers spawn some sea creatures (naga, snap dragon, and especially MURLOCS). Well, they were intended to do so, but i don't know what happens with my trigger. When i start the map, the murlocs spawn(the 1st wave) and then the others. But on the trigger editor i made a command to wait for about 60-130 secs. between waves. But they come one after one, like a horde. So please, if anyone can fix this trigger for me and tell me Exactly what they did and how, i will +REP and thank. Sooo, many would say like :" Dude, read a f***ing tutorial about how to spawn creatures and waves". At this, I would tell them :"Don't annoy me about this, i tried many tuts, but none of them seem to work 4 me". So this is it. Without any long words, I'm not THAT great at mapping (well atm). Who knows, i could even learn how to compile and model units. But,until then, test my *not so good map*, tell me what you think about it, and what should i upgrade in the future. Oh i forgot to mention that EVERY unit ( even peons ) have their own models (downloaded from this site ofc) and that you'll be playing with the Orcs.The map itself IS playable, but needs fixing that spawning trigger. See yourself in-game what I
'm talking about. Have fun !