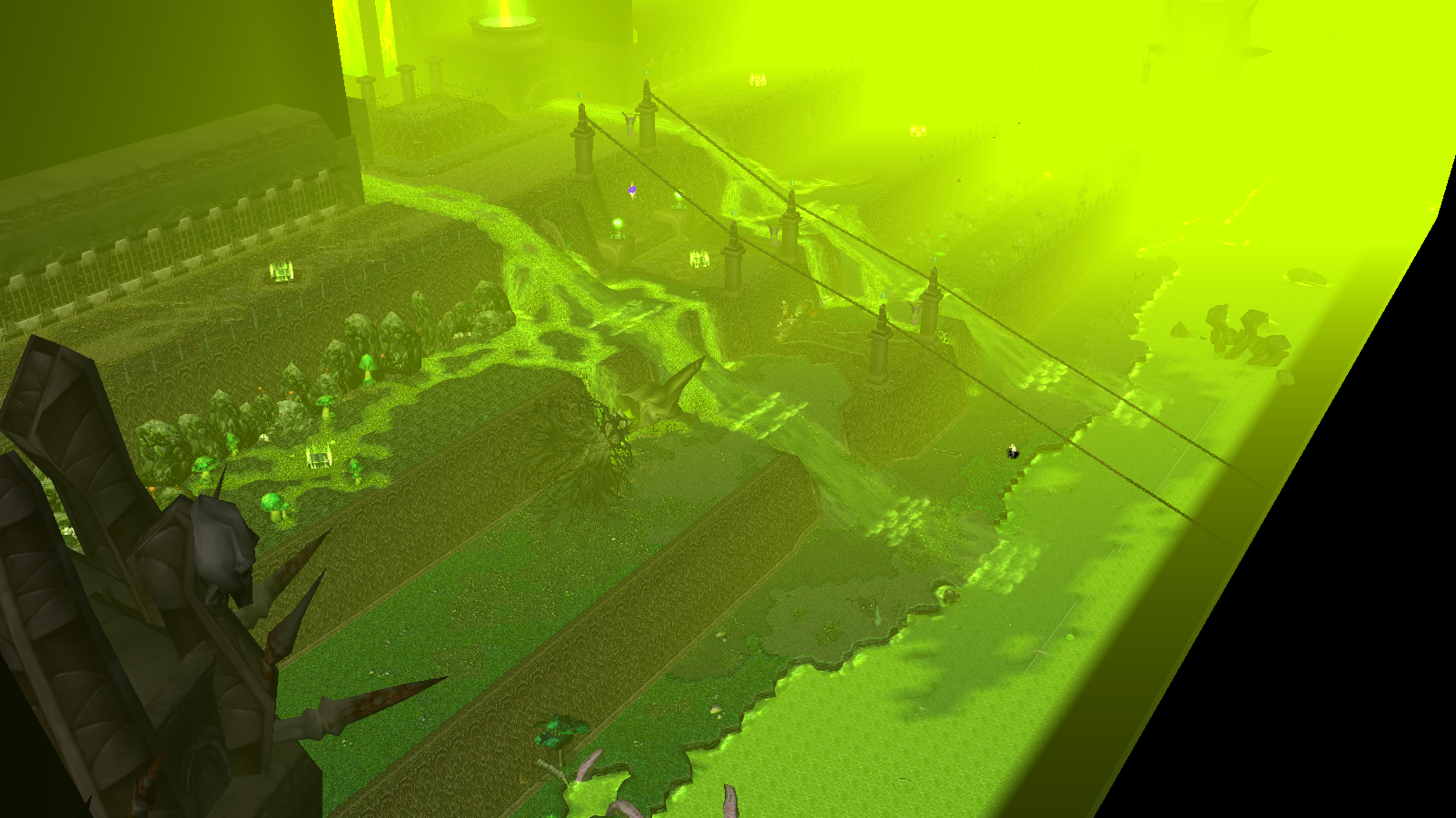 This bundle is marked as approved. It works and satisfies the submission rules.
View usage Statistics Legacy download
Reactions: Cokemonkey11, Alexen, Tier10Trash and 5 others
Entry for the 1st Level Design Contest
(SD Only)
The Megaraut is a huge city sized ziggurat in which you only go through one of the four sides of in this map. Players begin in the shallow waters (either by boat or flying mount up to you)

Recommended Boss Fight 1 Design
Designed for a massive two-stage boss fight. Players will spawn at the shallow waters and organize themselves before treading upwards and battling waves of undead at each side of every plateau as a warm up to the main boss. The boss can unleash an endless torrent of nauseous juices along the ramps, dissolving players if they go near it (I would have coded and implemented a visual effect for this if I had time). Trash mobs will constantly spawn once he is engaged from the highest two plateaus. Five footswitches can be found evenly around the highest two plateaus which you can use (code) to either stop the flow of blight water, temporarily close certain spawns, both, or whatever your imagination creates.

The boss can also teleport between any of seven major positions. Near each footswitch (5), in the middle above the middle footswitch, and again north of that position on the "balcony" overlooking everyone.

Recommended Hero Design 1
Since the map is VERY large for a singular boss fight, it is recommended to have high mobility among the heroes, able to hop down plateaus or across the torrent of green stuff with a cooldown as well as regroup to each other and split on a whim to press the footswitches that (should) re-activate during the fight. Half of the time spent by heroes will be scattered among the ziggurat in chaos.

Recommended Boss Fight 2 Design
The second Arena is fairly bland in shape, however it has a unique feature. To the left and right are inaccessible floors where a lot (will eventually once I'm there) of visual activity occurs. "Spell Zones" (for mappers) in this arena can and should replace most Boss mechanics and ability timer indicators. There are no timers. Instead, players will look to both sides and scout the progress of various undead minions and contraptions preparing a big spell or assault. You can find ghouls gathering bodies, Green Slimes being almost conveyored and turned into Purple Slimes, Catapults being built, and armies marching towards the middle. This whole arena is an intricate clock that wants to kill you.

Visual Features
- Usage of WoW Models and edits of all types
- Black Planes hide and clean up all of the behind the scenes work if players decide to look around if they are not camera-locked to their hero
- Custom Weather:
Easter Eggs
There are very few simple secrets you can find in the triggers which I wanted to do more of but didn't have the time. There may be perma invis ghosties around.
All of these can be expanded upon to add real implication to the gameplay such as item rewards.

Misc:
Although this is a specific map idea keep in mind it is still a template and can be used for anything you can think of. It can also be a WoW-rip Package. Feel free to delete every doodad or flatten the terrain and only take the section that you like the most.

NOTE - Version 1.0 will be kept for contest purposes while the map gets updates for public use.
Previews

Templates 1
It is a shame that the right side is not completely finished yet, because this map just stands out the most to me out of all the entries. The fantasy of fighting up the side of a leaking necropolis, with waves of undead clambering down upon you is just so gritty and awesome. From the very first screenshot that was posted I knew I was going to be watching this one with keen interest.

And I honestly love how it has been developed, literally the only negative thing I can conceive of for this map is the second arena being unfinished. Even though the contest may be drawing to a close I am going to be watching for an update on this one, as I would love to use it in a project.

Models 19 Icons 1 Templates 1
Yea but I gotta work unfortunately. I do want to implement everything I thought of eventually though.

Icons 24 Maps 2 Spells 1 Templates 1 Reforged HD Icons 2 Sounds 2
Since this isn't totally finished yet it has an amazing start, it will be left in Awaiting Update until further updates.

Icons 24 Maps 2 Spells 1 Templates 1 Reforged HD Icons 2 Sounds 2
It suits a defensive type game very well. Modders can create cool things with this template. Set to Approved!
You must log in or register to reply here.