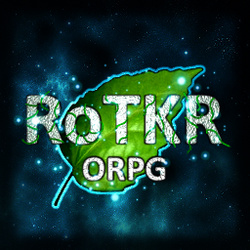 Welcome to
Revenge of The King Rhobar ORPG

Revenge of the King Rhobar Open Role-Playing Game is an 8 player map designed for Warcraft 3: The Frozen Throne. It consists of a lot of different playable classes, each having up to 10 spells. There are multiple towns filled with quests where you can level up your character, or receive an item reward. This map is highly based on using professions. There's a unique system used for crafting, which adds to the gameplay. The map is newbie friendly, but also challenging after leveling up to the maximum. The project has started on the 6. December 2009, being "Vuto's ORPG" it's first name, due to my very old nickname. Since then, the map has been remade a couple of times, showing a great gap between the versions. Up to 8 players can play the map.

- 16 Heroes
- Over 200 Custom Abilities
- Custom Profession System, up to 55 craftable items (Increased with each version)
- PVP Arena
- Improved Chat System
- Save and Load System
- Backpack System
- Dungeons
- Events (Including Gold Hunt, Fishing, Arenas. More are coming with new versions)
- Improved Mana Cost System (Mana cost is based on the base + depending on the hero level)
- Improved Summons (Certain summoned units will benefit from your main stats)
- Boss Arena
- PvP AoS
- PvE AoS
- 8 Different stats in the map: Strength, Agility, Intelligence, Wisdom, Stamina, Perception, Expertise, and Luck.
- Loot System (Including rare drops from general mobs, and gear gained by doing dungeons)
- 7 Unique Cities full of quests
- Knockback System (Each strike has a chance to knock the enemy backwards)
- "Easter Eggs"
- Certain items grant reward upon being found all together.
- Quest Chains, for some quests you have to complete other quests.
- Mount system with model of a rider on it.
- Grinding Quests
- Gathering Quests
- Story Line
- Fun commands
- In-game commands
- Unique Color and Interface
- Unique Item type colors
- Unique Hero names
- Item Sets (When having certain sets of items in inventory, you are rewarded with bonus stats)
And much more...

When you select your hero, the first thing to choose from is enhancing your passive spells. For now, you can enhance Evasion, or Critical Strike.

After that is done, you can choose which one of the main attributes (Strength, Agility, or Intelligence) will be further enhanced by 5. This is a minor low level addition.

As mentioned earlier, this map is heavily based on Professions. There are various Professions, usable by everyone, regardless of the Class. Some reward Passive Items, other Active Items.

- Blacksmithing - You can make various armors and weapons here. The crafted Items usually give Strength as main stat, along with offensive or defensive other stats. The core materials of Blacksmithing are Ores, gained by Mining.

- Leatherworking - This Profession allows you to craft items which when held grant Agility bonuses. Along with that, they will also grant bonuses to physical damage. Main material in this Profession is Leather Skins, which are obtained by killing wild animals.

- Tailoring - Tailoring is mostly used for Mages, as the items crafted from it grant Intelligence as main stat. Their other stats include maximum Mana pool, and Mana Regeneration. Wools of all sorts are used for Tailoring, which are gained by killing any enemy unit.

- Alchemy - Allows you to craft Potions. There are 3 types of Potions:
-Potions with Permanent Effects
-Restoration Potions
-Combat Potions

Each Recipe requires a Vial of Water, which can be bought at the nearest Toolmaker.

- Orb Crafting - This Profession allows you to craft offensive items, which on hit grant different effects. Very useful for both PvP and PvE. You can find the materials at their special places.

- Mining - You can acquire multiple stones and ores by Mining. Once you obtain an Ore, you can Smelt it to turn it into Bars. Bars are used for all Blacksmithing Recipes.

There are various Chests all over the map with valuable loot. To open it, you need a special Lockpick, crafted by using the Blacksmithing. The better the material it's based of, higher the chance to open the Lock.


Revenge of The King Rhobar Open Role-Playing Game is also based on player's Combat Role. Each class has one or more roles they can fit in, and their damage done and damage dealt are based on it.

Screenshots
Will be added very soon.

Expected for next version:

-No idea at the moment, few tweaks on items and professions.

Version 4.0a:
-Made certain map modifications in terms of size.

-Special Thanks to:
Crazy Sheep - For camera and some ideas
AceHart - For Save/Load System
Dream^|eLjIn - For many ideas
bananaHUNT - For awesome Game Interface
Belgarath - For cool text message system
matej - For Supporting me
Neuros - Also for supporting me
Spasorc - Ideas, Icons

If there's anyone I forgot, please, let me know in the comments below, and I'll add the author as soon as the new version is out.

How to contact me
You may contact me through mail (VutosORPG@gmail.com). I'm also online on Garena, and Hiveworkshop.com

Author's Note
If you are stuck on loading screen, make sure you do the following:
-Get the latest version of the map
-Get the latest patch of Warcraft 3
-Set the quality to highest (Model especially)
-If all else fails, disabling 3d sound might work (Not sure though)