This bundle is marked as approved. It works and satisfies the submission rules.
View usage Statistics
Reactions: Heinvers and deepstrasz
Competetive 1vs1 map entry for the
Hive Workshop Cup Melee Mapping Contest
by SayuriTenshi

A hidden trading Island, All kind of beasts are working together here for survival. 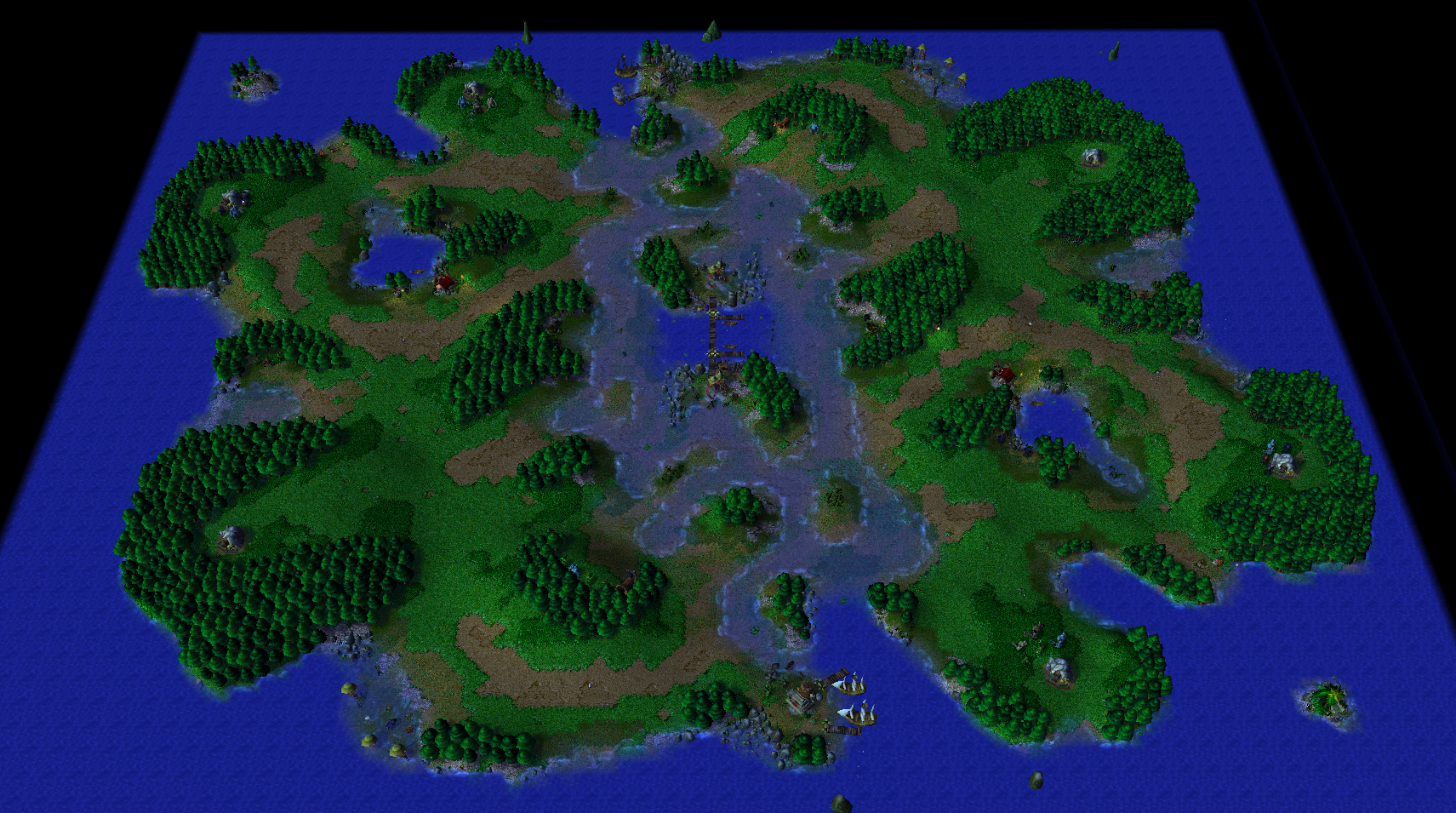 mafe
A very good and balanced map in all respects. It's a bit basic in the sense that is a Lordaeron Summer map with very little variation. I guess our opinions will differ if this is something rather positive or negative. Still, it looks certainly no...
Read full review...

Icons 13 Skins 2 Maps 19 Tutorials 1
#1 I like the pier. Good focal point.
#2 Maybe shops are too close? not sure if theres balance issues here. Could stock up x4 healing scrolls and then push.
#3 Good terrain texture
#4 Good variation in terrain height
#5 Maybe expansions are too close to each other? Orange mine > Red mine fast creeping.
#6 Lots of space to hide proxies for NE, this is something i really enjoy.
#7 If you pressure expansion and lose hero, the tavern is a little close. Allowing players to respawn heroes instantly and not get punished. Maybe move tavern a little towards center.
#8 I feel like map name could be more exciting. I didn't know what Rivulet meant until i googled it.

Not much else to say, map looks great, it feels organic. I'd play it and wouldn't be surprised if it ended up being a favourite.

Maps 1
i like this one and i think whoever can afford 4x healing scroll in a small map like this should be able to win anyhow, dont think that this is a balance issue. the ammount of proxy places for elf might be one tho thats a good point by nudl mb u take a look on creep camp aggro since all creeps are on "camp" atm

Maps 10 Tutorials 1
A very good and balanced map in all respects. It's a bit basic in the sense that is a Lordaeron Summer map with very little variation. I guess our opinions will differ if this is something rather positive or negative. Still, it looks certainly no worse than the current ladder maps.
All the typical pitfalls like non-dense forests, itemdrops or pathing issues are completely avoided. At the eastern tavern, currently a hero bought from the tavern can be trapped by a single unit. As this isnt the case at the other tavern, mayve move the tavern around slightly.
For nightelf players, they will have to build there AoWs a little further away from the early-game creepspots than they might like.
The troll hight priest at the red expansions has 100% chance to drop nothing, is this an easter egg or an oversight? It doesnt make a big difference either way.

Not much else that comes my mind. Map approved.
You must log in or register to reply here.