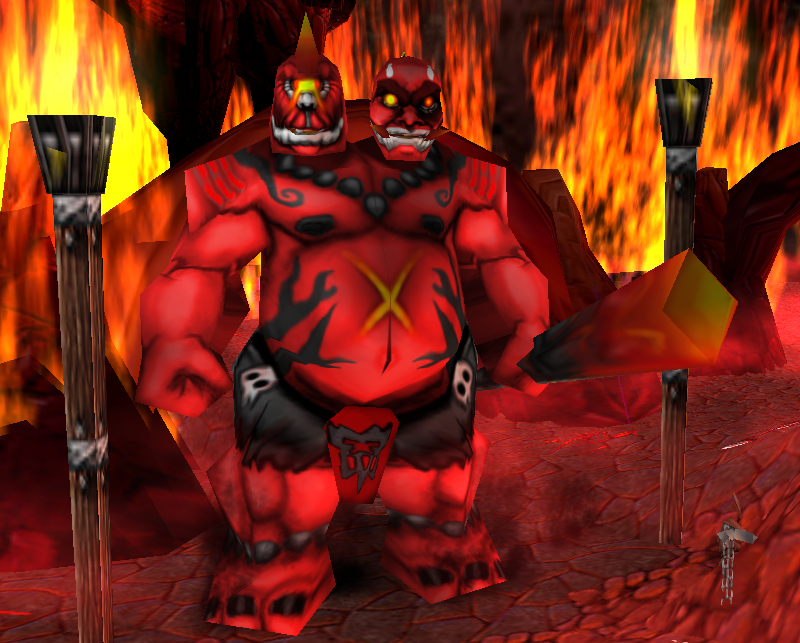 This bundle is marked as approved. It works and satisfies the submission rules.
View usage Statistics Legacy download
Reactions: DrakkarovCh, Ultramar, Deolrin and 18 others
Yes, he's Red. Do you expect he is pink ? Maybe someday you get a pink ogre in a future.

Feel free to do whatever you do with the skin and even you bother try to edit out, i wouldn't care.
Keywords:
There is no keywords. Good day!.

Icons 2
This model is suitable for chaotic Orc units. It would be great if the author made another chaotic ogre Lord model.

Great job. I really like the little details you added.

Maps 7
wow this is masterpiece friend, this can be used as chaos ogre who drinks Mannoroth blood

Skins 2 Templates 1 Sounds 1 Tutorials 11
It's a nice recolor, and the details you added are a cool touch. Thanks for providing an ingame screenshot!

But most of the skin is a recolor, though. 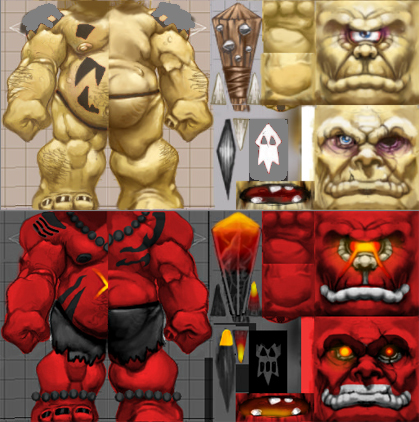 Skins 11
I mean I can understand it recolored, i did try to make it different enough that outweigh it usefulness.
But couldn't this have any chance get approved if i improve it? It's not like you instantly just put me in substandard straight away right?

Skins 2 Templates 1 Sounds 1 Tutorials 11
Of course! If you add more freehand work, I would be glad to re-moderate it.

Also, please keep in mind that Useful / Simple is approved

Status set back to pending.

Skins 1
omg this is perfect for my map! thank you so much

Models 3 Icons 2 Packs 1 Skins 4 Maps 9 Reforged HD Models 3 Reforged HD Skins 2
After having reviewed most of your other works I completely missed your first skin so here's a review for it:

The Good:
As your first texture I can see a lot of the hallmarks that would become a staple of your later textures. For example you've taken the original ogre and turned it into something very different and cool. For one I like all the nifty details like the tattoos, skulls on the shorts and glowing almost lava-like eyes which look great. Not to mention your update improved on a lot of the shading and highlights that were lacking on the original. The texture is also versatile as it can be used for both a demonic ogre, a Druid of the Flame slave or even just a red fleshed volcanic beast. Another thing which is impressive is how well you've managed to deal with the mirroring of the texture when applied on the model and getting it to line up and still look good. The amount of freehand is also good after the update.

Areas for Improvement:
My biggest complaint would be that the tattoos can look a bit flat, they need just a little bit of shading so they blend in with the contours of the Ogres body a bit more, otherwise they look flat against the shadowed detailing of the rest of the ogre, in particular the white eyebrow paint on the second head. Obviously as a first texture it doesn't have as much free hand as your later works but its not a big deal, after all we don't need 100% free-hand but just thought I'd leave this here as a statement for those who like reading reviews of these things.

Conclusion:
For a first texture its great, really stands out and after the update looks as good as most of your other skins (although I have my favourites). I do also like being able to see how your skills have developed over time and the improvements but as it is, this is a great and very useful addition to the section 4.5/5!
You must log in or register to reply here.