This thread is used as news thread. Please WATCH THIS THREAD to keep yourself updated with the latest project news.

To get involved more with the community, consider to join the Discord Server!

The highlight of this update is the introduction of the Codex system. For once, I did add a feature instead of a map!
I warmly suggest to try it out when you can, you won't be disappointed. 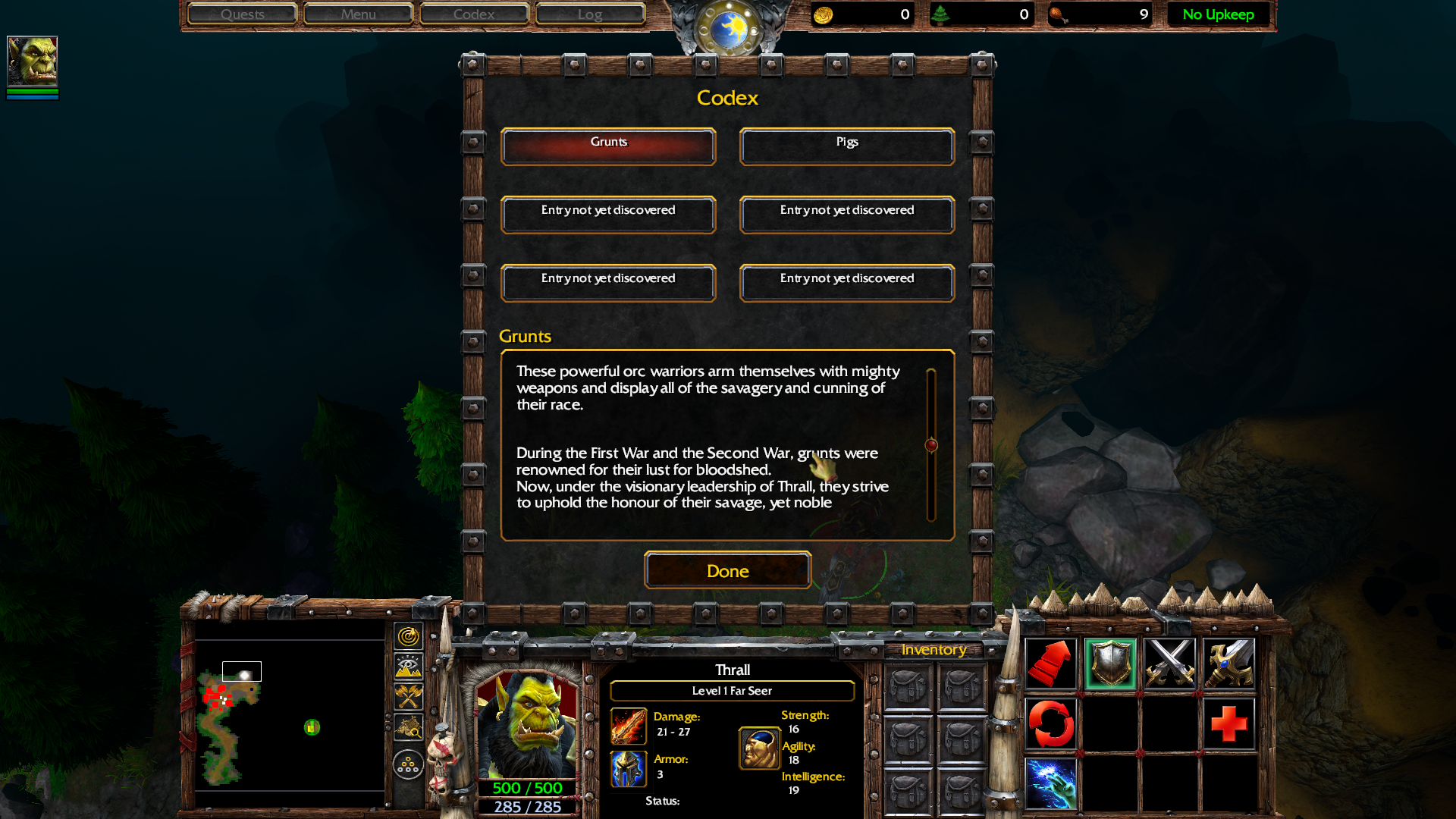 This is a small update about a technical issue plaguing the project since the release: the zip file produced by the project should no longer be corrupted. Please report to me if it happens again.
Last edited: Apr 1, 2021

I want to personally thank the guys from the Quenching mod who helped with the translation.
The project is also featured as campaign on their installer. If you want to install Quenching mod, you can experience Re-Reforged as if it was a real campaign!

Link to their release trailer:

Note: french translation, while made for all missions, is not fully tested, not voiced and has no codex entry for the majority of the mission. Thus, it's still in progress.
Also, note that on the map description in the custom games menu the wrong version is displayed. I've dropped versioning on the map description for the future and I will remove each one of them for the next update (it's long and I had to time in this update). To find out the map version, check the trigger editor of the map.

You all know I've been working on the human campaign from quite some time and I've finally come to a conclusion that Arthas point of view is not the best one to tell the overall story... Basically Arthas path to damnation is not something I want to spend too much time on, for it's evidently pretty minor with respect to the events of Reign of Chaos. So, I decided to switch the campaign focus to the main good character, which is often relegated to an auxiliary role.

Of course, I'm talking about Uther the Lightbringer! I think that by having Uther as main character during the Scourge of Lordaeron campaign his death in the undead campaign is even more impactful.

Let me know what you think, I am really looking forward to your feedbacks. You can see some images of the first human mission as a teaser for what's to come...
Enjoy! 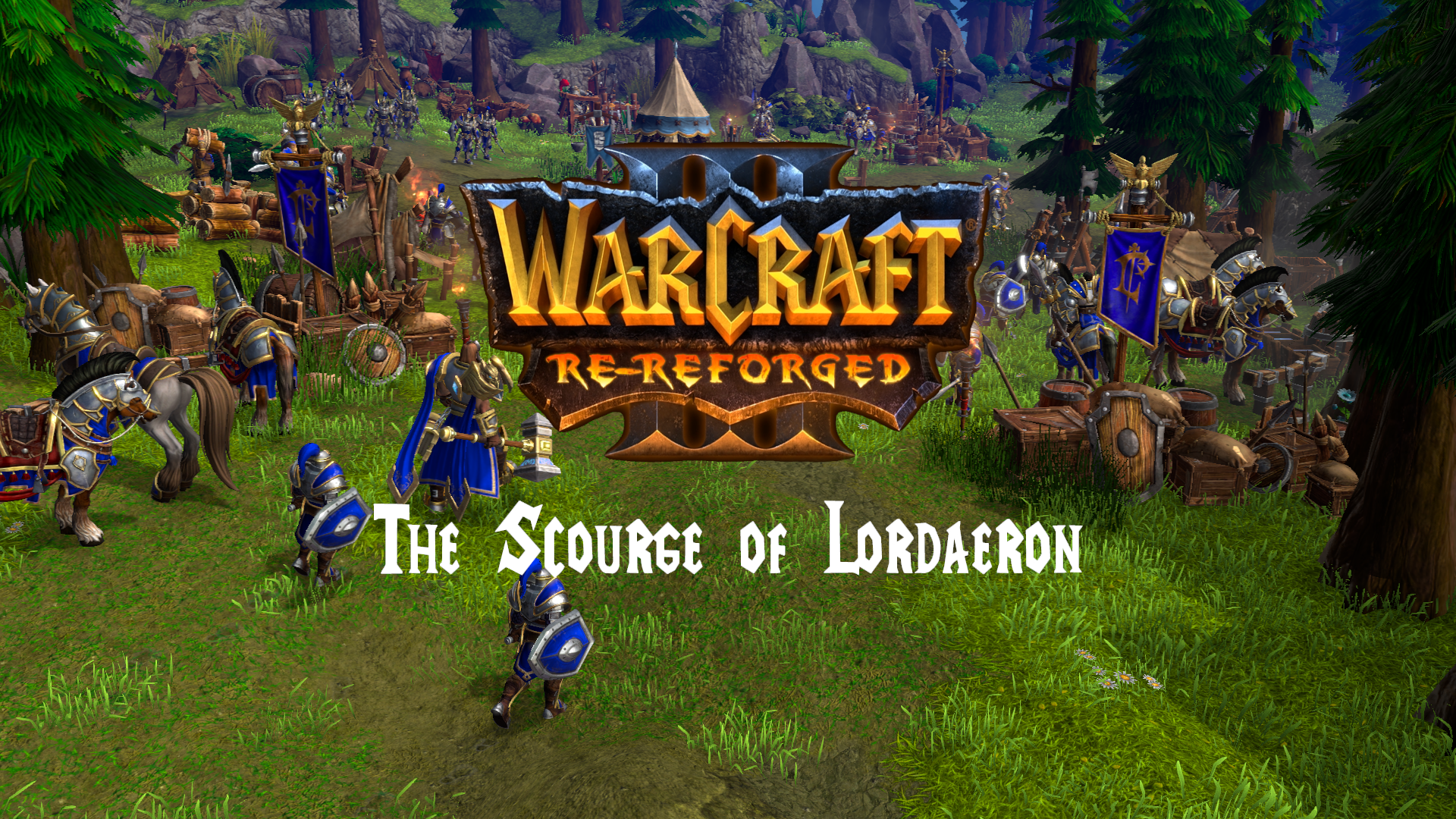 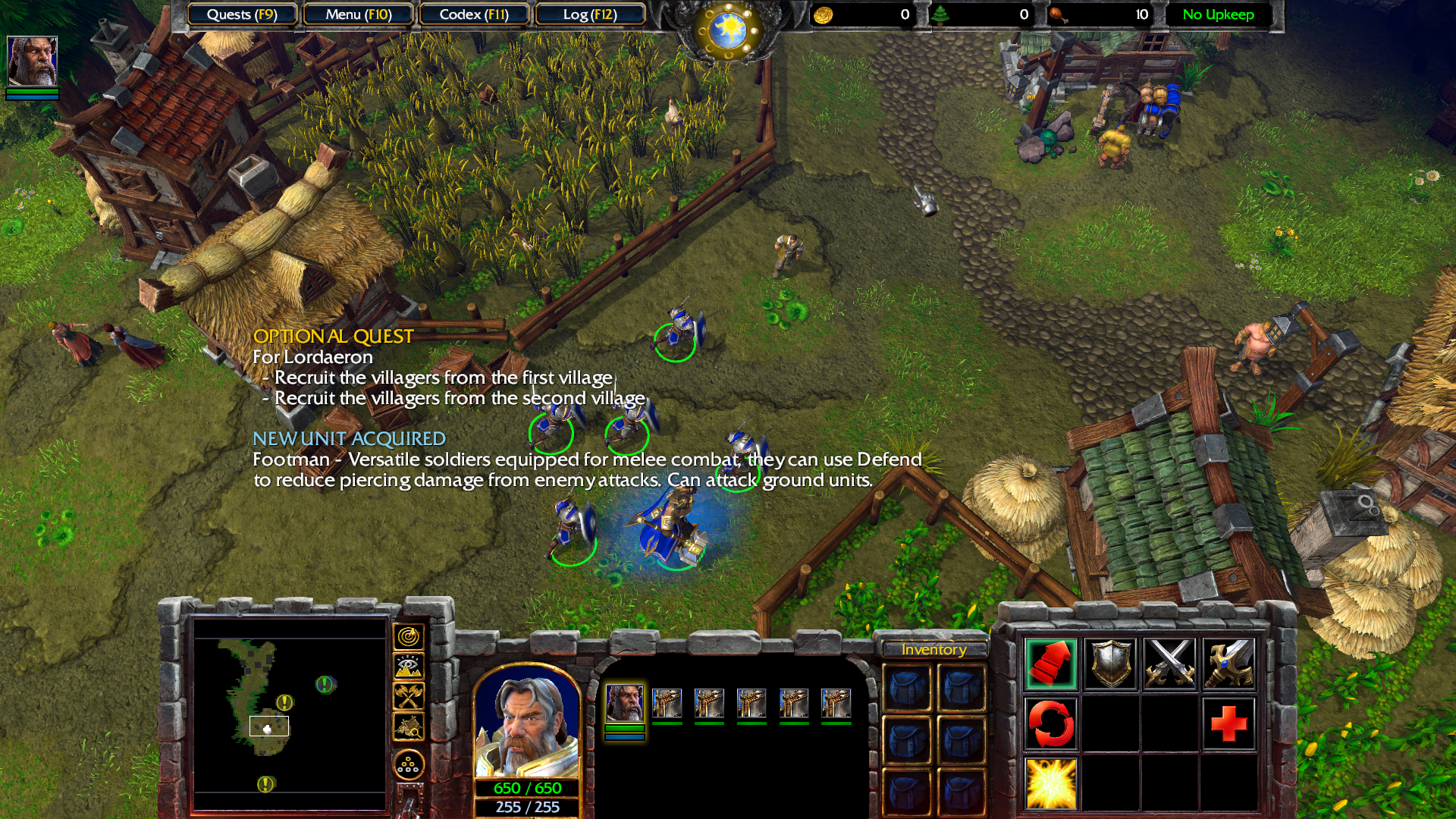 Maps 2 Reforged HD Models 10 Sounds 4 JASS 1 Tutorials 3
A follow up to the previous announcement, about The Scourge of Lordaeron campaign! 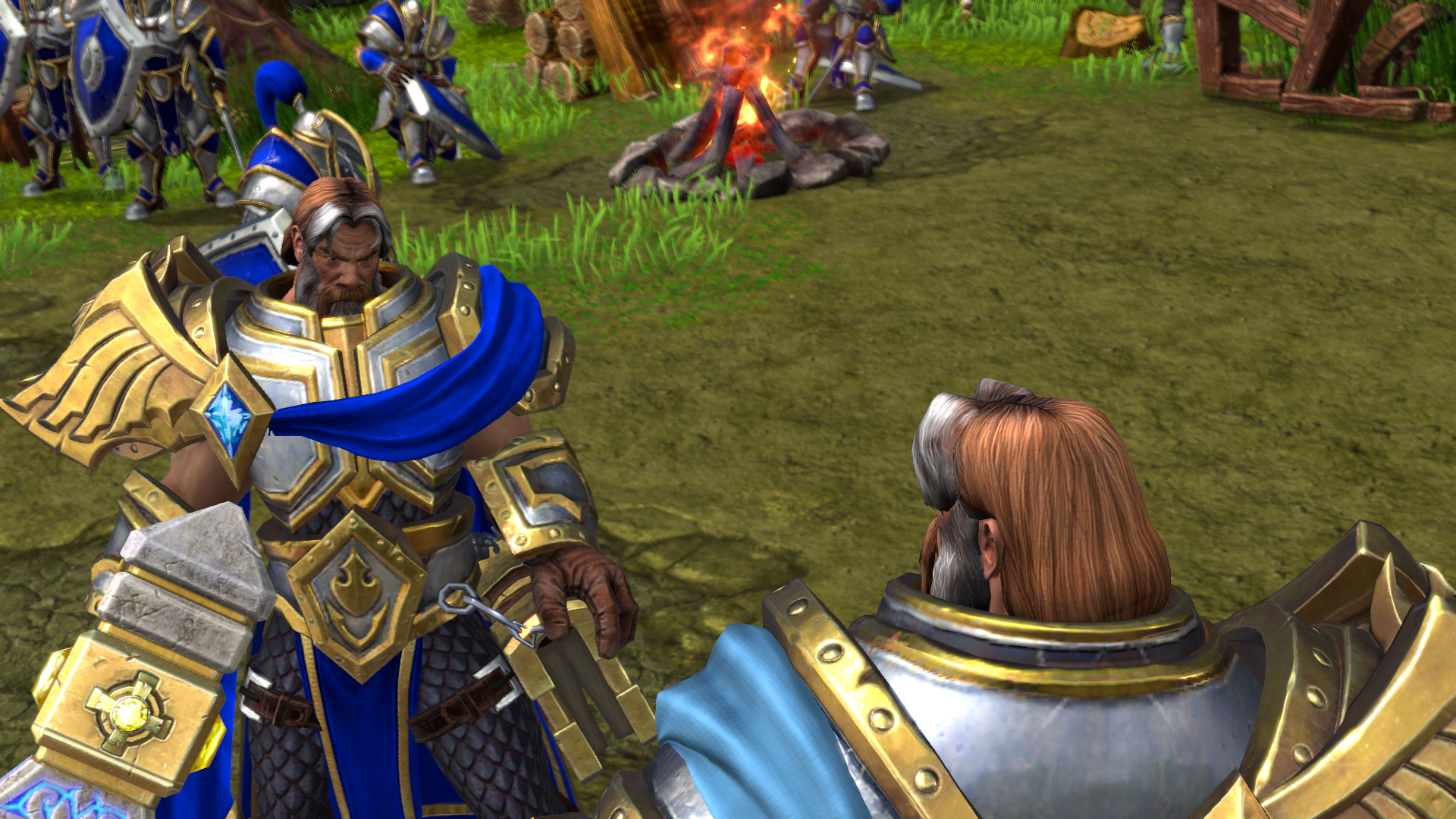 He'll be playing a preview of the next campaign and we'll have a little talk about the Patreon and the project as a whole. Make sure to check it out!

There I'm also disclosing a bit what I'm working on next... Enjoy!

He played a preview of the next campaign's second mission. Also, check out this Patreon post for additional details on what I'm working on and what you can expect!

He played a preview of the next campaign's third mission. As a bonus, check out the interlude Jaina's Meeting!

This update features quite a lot of bug fixes with respect to localizations (typos, inconsistencies, some missing localization, etc), english included. Beside that, I also did an optimization pass. Technically speaking, all maps now runs on native lua and are fully leak free. I also optimized many triggers by enabling them only when needed in order to get a bit of performance back. This may be successful or not, always consider though that the high quantity of HD assets on screen (especially during cinematics) will always be taxing for any PC.
This update also features improved facial expression through all cinematics. Let me know what you think of it. While subtle, it can be noticed mostly by looking at the eyes movements of the characters while speaking.
You an also expect minor fixes through all the maps, even if not listed down below.

He played a preview of the next campaign's fourth mission.


Together, I've also released a minor update to Warcraft 3 Re-Reforged: Exodus of the Horde, the changelog follows:

Changelog (01/30/2022)
This updated is focused on translations. Some english typos have been fixed too around all various maps.

Changelog (01/31/2022)
Note: this update focuses on general improvements, bug fixes and balance changes. I am really happy with the state of release, and I'm sure within a few months this version will be as balanced and refined as the prologue campaign!

Maps 2 Reforged HD Models 10 Sounds 4 JASS 1 Tutorials 3
A new update for Warcraft 3 Re-Reforged: Exodus of the Horde is now released! It's a big update, focused on adding some more depth to the characters/factions, while bringing up to par with the human campaign all cinematics, back-end and front-end systems.

Maps 2 Reforged HD Models 10 Sounds 4 JASS 1 Tutorials 3
A new update for Warcraft 3 Re-Reforged: The Scourge of Lordaeron is now released! This update focuses on some update balances and additional improvements for what concerns models and overall lighting, plus some localization fixes and improvements. There are a lot of performance improvements and maps should load even faster in the editor.

Maps 2 Reforged HD Models 10 Sounds 4 JASS 1 Tutorials 3
Checkout the VODs of the Lets Dev session on Twitch! I have been developing live some stuff for the Northrend Chapters.

Maps 2 Reforged HD Models 10 Sounds 4 JASS 1 Tutorials 3
Checkout the VODs of the Lets Dev session on Twitch! I have been developing live some stuff for the Northrend Chapters. In particular, I've been working on AI.

Maps 2 Reforged HD Models 10 Sounds 4 JASS 1 Tutorials 3
Checkout the VODs of the Lets Dev session on Twitch! I have been developing live some stuff for the Northrend Chapters.

Maps 2 Reforged HD Models 10 Sounds 4 JASS 1 Tutorials 3
Checkout the VOD of the Lets Dev session on Twitch! I have been running a final Lets Play to test the preview version of The Shores of Northrend:


PS: I have updated my internal version to support 1.33 and I'm testing it internally, as well as finishing the Scourge of Lordaeron campaign. I hope to release everything this autumn, but I must admit the patch did slow me down a bit.

Maps 2 Reforged HD Models 10 Sounds 4 JASS 1 Tutorials 3
Checkout the VODs of the Lets Dev sessions on Twitch! I have been running a test session on the new 1.33 World Editor and then a cinematic setup session. Hope you like them!