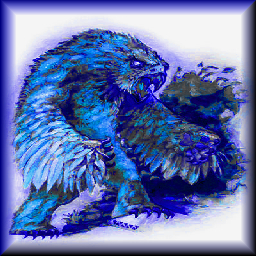 Version 1.08 changes:
~ two new bosses.
- the two new bosses and
- one old boss give lumber.
- lumber is used for the buying of perks.
- perks act like upgrades.

Help Furion to purify this rotten ladscape. Furion can posses 5 unique hero abilities and he can morph into several animals to help him on his quest. But Furion is already spotted by strange creatures. I don't need any credits. This map is not protected. Credits to Oblivion for the song.

Map Info View Resources In Use Preview Triggers
Reviews
VGsatomi: Approved, but this map could still use a bit of work. You simple start with your character and kill creeps. No story or anything. Many terrain glitches.
Read full review...
T
TCIonut
I'm late to the party, but here we go. Imo i wasted my time with this map. Yes, it's hard and yes, i cheated. My first 3 playthroughs ended up dying at the first necromancer wave. What i saw: Empower spell, either doesn't work or it's useless, because...
Read full review...

VGsatomi: Approved, but this map could still use a bit of work. You simple start with your character and kill creeps. No story or anything. Many terrain glitches.

Skins 3 Maps 12
Please leave comments people, it would really help me! Give me tips for future updates.
Last edited: Oct 5, 2008

Though I haven't dl and play it yet, I can see one thing you should fix: The file size. That's right, 4.13Mb! Even bigger than the Tribe War! Few can wait to dl such big map, especially one B.net and Garena.
Will give you feedback about the gameplay later.

Skins 3 Maps 12
Zenerik, this is a single player map, so size doesn't matter much. And if you want to lower the size, delete the oblivion song from it, so it will become 1/3 of the orginal size. Thank you for future comments .

Models 1 Tools 1 Maps 13
Creepy. But not crAppy. Excellent! 5/5! Spooky atmosphere, awesome gameplay, everything! Only, the terrain is good, but it CAN be even better.

Maps 6 Templates 2
You should put in some screenshots =D

I'm late to the party, but here we go. Imo i wasted my time with this map. Yes, it's hard and yes, i cheated. My first 3 playthroughs ended up dying at the first necromancer wave.
What i saw: Empower spell, either doesn't work or it's useless, because you need level 5 to get from +1armor +1dmg to +2armor +1dmg. At level 9 Empower i had +2armor +2dmg. Either you wanted the spell to be like that or you trolled me hard.
Ent spell, imo it takes extremely long to make a tree, that dies quickly and or he dies on his own.
The AOE spell, it's good when you get surrounded, but like Empower, the dmg doesn't scale. So long term, it sucks. Why? because the enemy minions, regenerate faster their HP.
Meteor spell, it's simply retarded imo. You teleport in the group of minions, then wait to cast a meteor and guess what? The meteor can kill you if you are low hp.
The other spells that uses mana ("spirit"), i didn't look at them, because i'm not fast on the clicks to cycle power tabs. But the idea, was nice.

Bugs: I didn't saw any boss, that you mentioned in Quest log. I searched and searched and really no bosses. Either i didn't killed the enemies in a certain way or the zone i should've stand, i didn't went thru it. I cleared the entire map, when i cheated and nothing.
When you are a bird and you walk into a teleporter, you do not teleport as a bird. You need to be on the ground to actually teleport.
A lot of enemy bug spawns. They spawned in the same place and outside of the map. 5 to 6 enemy in the same spot. It wasn't nice at all.
Maybe this is a bug too, idk. I have money to spend them on nothing. The shopkeeper sells useless stuff, because the RED text from how i read it, it says: That the one who attacks you, will be attacked by a ghost. Not you.

What is cool: the fact, that you can transform from a thing to another. A dark atmosphere. Nice spells.
What is uncool: the unfinished map.

Maps 4
Locking game camera is never good if you can't see the enemies attacking you from behind the screen's borders.
The Ent spell is pretty much useless. So much time for so little time to be helped by a weakling.
It's basically a rush fest to level up before stronger enemy units appear.
Terrain is quite repetitive and pretty much plain.
You must log in or register to reply here.