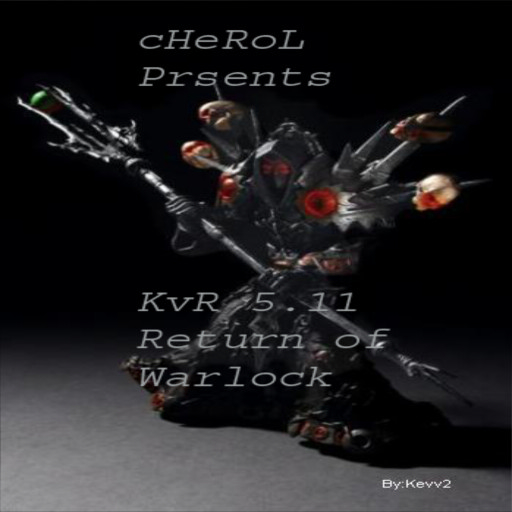 This bundle is marked as useful / simple. Simplicity is bliss, low effort and/or may contain minor bugs.
View usage Statistics Legacy download
This is the second version of KvR because is better then first.

*Items are +10% expensive than 5.11
*New item "Scroll of Town Portal" wich teleports you to your allied Castle.

Map is smaller than first with 900 KBS.


Play first and then judge.

Map Info View Resources In Use Preview Triggers
Reviews
10:21, 23rd May 2009 by bounty hunter2: Post #7, Rejected. Use our Map Development forum for further development of your map, this is nowhere near approval.
Read full review...

Use our Map Development forum for further development of your map, this is nowhere near approval.

Maps 1 Spells 2
Without playing the map, I've found 1 bug, your preview shot is bugging, and not displayed correctly.
Just leave it as it is.
I'll try this map out.

Models 1 Maps 2 Spells 2
My preview is not buged,I don't know why it looks like this on Hive,but when you try in in War3 it looks very good.

Maps 1 Spells 2
Yeah that's what I mean. It's alright in WC3

Tutorials 1
KvR 5.11b-Return of Warlock in AoS between two sides; the knights and the rebels.

The terrain was one of the worst aspects of the map. At least 1/2 of the map was unused in the map, and the other half was badly done. It was plagued by plain and open areas, and a terrible use of doodads and blizzard cliffs. At least in the two bases the terrain was done decently. You should also provide a better description of your map. Since it is also wrongly categorized, I had no idea what type of map I was getting into. There was a Paladin owned by Orange half-stuck inside the wall. I'm assuming you placed that unintentionally. An overuse of the colour red in the interface was quite distracting. The ring of protection +1 is wrongly advertised.

The gameplay wasn't any better than the presentation of the map. The heroes were all the default melee ones. While they're fairly balanced in a melee game, they're not designed for an AoS. The items were also in need of balancing. I'll give an example:
Claws of Attack: 500 gold, + 6 damage.
Gloves of Damage: 740 gold, + 20 damage.
Here's another more serious imbalance:
Ring of Protection: 150 gold, +2 armor.
Skull Shield: 300 gold, +1 armor.
Why would I pay twice as much for an item that gives half the bonuses?
Admittedly, spawning peasants which repair towers was quite cool. I encountered a bug that made the map unplayable. After selecting my hero (Firelord), the tavern still had heroes I was able to choose. Curious, I clicked on a few of them. I was then told that I'd already selected a hero, and the available heroes then dissipated. I used the -repick command, so my current hero was removed from the game. However, I wasn't able to choose another one.

Rating: 1.8 and not recommended for approval.

My recommendations:
Improve the terrain, or re-organize the map so there isn't so much empty space.
Develop a few custom heroes.
Properly balance the items.
Re-verse the distracting interface modifications.
You must log in or register to reply here.