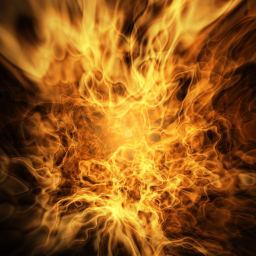 This bundle is marked as approved. It works and satisfies the submission rules.
View usage Statistics Legacy download
Kouzelnici is a new magical race based on humans. If you wont to play for Kouzelnici, select Human as your starting race and then choose it in in-game dialog. Computer players can't play for this race. You can also play for Nagas from TFT campaign.

I have imported this race into one of the blizzard's map, if you wont, you can import it everywhere you wont, but give me credit. If you don't know, how to import this race, please contact me and I try to help you.

You can also try my Kouzelnici Map Converter with which you can import this race into any map very easy (but now the program is in first version, so there can be some bugs).

Chat commands:
- Type "ally <player number>" to make player of typed number controlling your units. This is very usefull, when you are playing in the team, where you can completely believe your team players.

The map terrain and map cover is not my work, it 's Blizzard's. I have only created new race and import it into one map.

//sorry for my bad english

[+] Ai is playable as long as not selecting human race.

[-] It is bad considering it is mandatory to select human race if the player want to play custom race.
[-] Starting location are extremely close to each other. Is not a good thing considering the game play at free for all mode. Please fix the starting location.
[-] Minor bug detected, crystal meteorite skill cannot be use to target tree.
[-] Minor bug detected, Astral Attack had foreign language detail. Please switch it to english language instead.

Please fix the starting location, make the distance much further because it ain't fun especially trying to play free for all mode considering how close the enemy is. It is at the edge of rejection due to this error, but I believe you as the map author would make the starting location of each player much further from one another in your next version.

If such a update hasn't been done soon, this approve map would be reject soon due to such a error. Until then, it is at approve level.

Thank you for your cooperation.

Skins 3
ye ye cool map
1. Hmm... It is a nice map but in the shop when i buy protals of world i can train infernals but the infernals model is diferent when i BUILD portals of word with builder...
2. The dragons CANT LEARN NO UPGRADES XD no attack, no defense xD
3. i like the heros
Suggestions :
1. I sugest you to comlete the naga race too u know not just usuall

Spells 1
Mmmhh nice map, isnt complet for me but its a good idea to make like and normal map with new races in it. Still a nice job

attaque2 said:
Mmmhh nice map, isnt complet for me but its a good idea to make like and normal map with new races in it. Still a nice job
Click to expand...

Maps 3
Hmm Borax you are Czech or Slovak?

Conversion maps CAN e aswome provided that its a big change to the melee races or they could be realyy quite poor with silly units like infernals for humans wtf come on demoic portals LOL for humans magic lizzards astal dragons fire turtles and hrydas Rofl not a great map races just ramdom i didnt see the comparsion for a dragon to a human so but some of the spells where okay and could of been better triggering fine can't mark on terrain seen asthough bliz did it overall 2/5
Sorry for the a.s

i started a map like that with cooler races.. But im to lazy, and i fail at programing. u didn't finish naga? wats teh point XD

Good for you for actually finishing it and not being lazy like me.
You must log in or register to reply here.