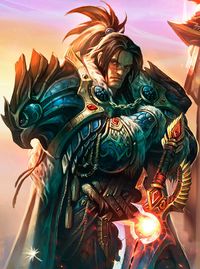 This bundle is marked as useful / simple. Simplicity is bliss, low effort and/or may contain minor bugs.
View usage Statistics Legacy download
Hi every one
To enjoy this game follow the steps
1.you and your ally must be human
2.the other for group must be undead
3.your main heros who are lord uther
And king verian must hold their position
They are just for defence.
4.the human group is well armored
So you have to avoid attacking for about fifteen min.

And sorry for these conditions
I upgraded the game to 1.31...version
And edit world doesn't work
The map is open so you could edit it if you like.

I wanted to add mannoroth and tichondrius near the archimond
With the best items ,somethings to heal them to incarese difficulty but as I said because edit world doesn't work I couldn't.

I wish you enjoy
Contents

eubz
Please add images. Author should not be unknown. Title should be changed, if possible, please.
Read full review...

MasterBlaster
I don't want to sound impolite, but... This map is clearly unfinished. --- I'm not going to provide a full review, because quite frankly this map is not worth reviewing at this point due to how unfinished it is. What I'm going to do instead is go...
Read full review...

Shar Dundred
No changes have been made. Moved to Substandard.
Read full review...

I don't want to sound impolite, but... This map is clearly unfinished.

I'm not going to provide a full review, because quite frankly this map is not worth reviewing at this point due to how unfinished it is.
What I'm going to do instead is go over some of the most glaring issues and areas that need work.

1. TERRAIN - there are a couple of areas that look okay or even good, but sadly the vast majority of this map is nothing more than a flat, empty terrain, eften without any texture variation or decoration (beyond trees). The thing here is, looking at the terrain I didn't get the impression that it's "bad", because the author didn't know how to create a decent looking terrain - it felt more like the author was lazy and didn't even try. Either that or certain parts of the terrain were done by someone else. 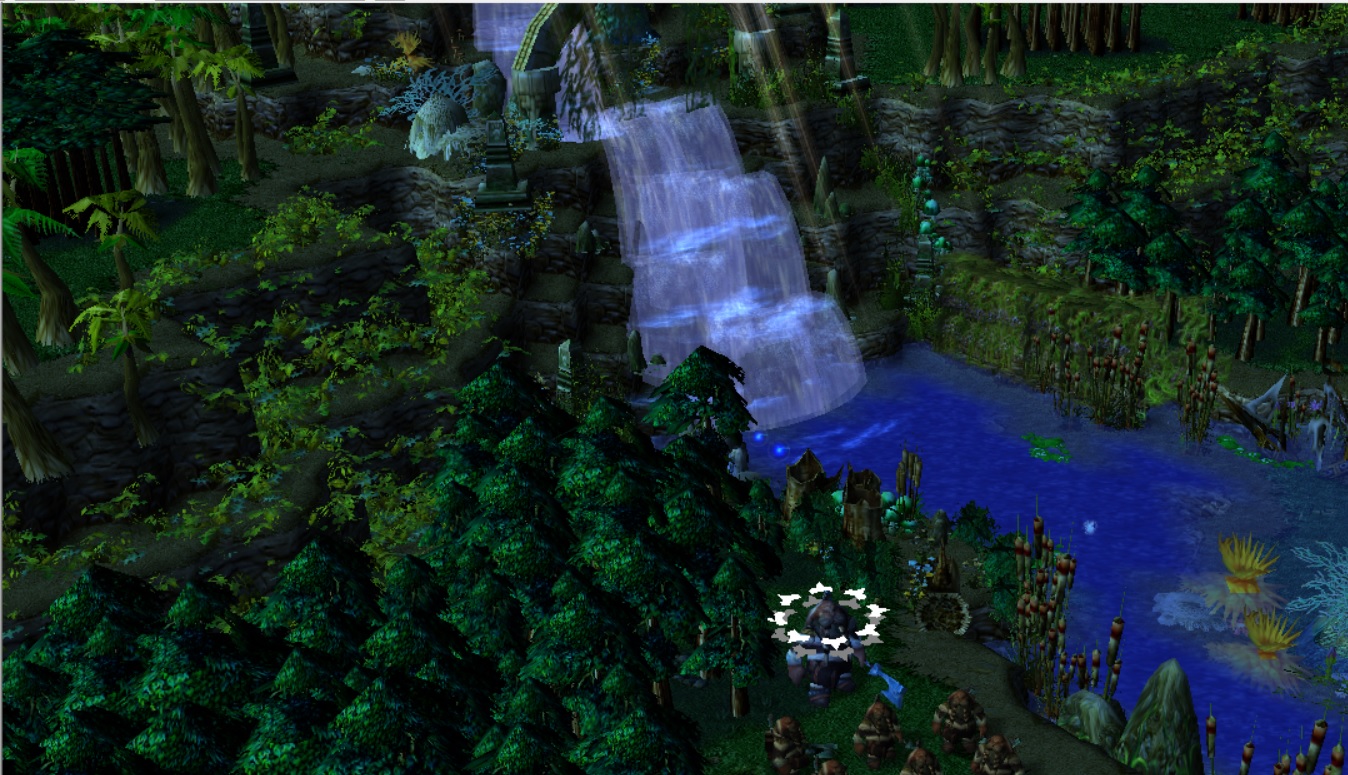 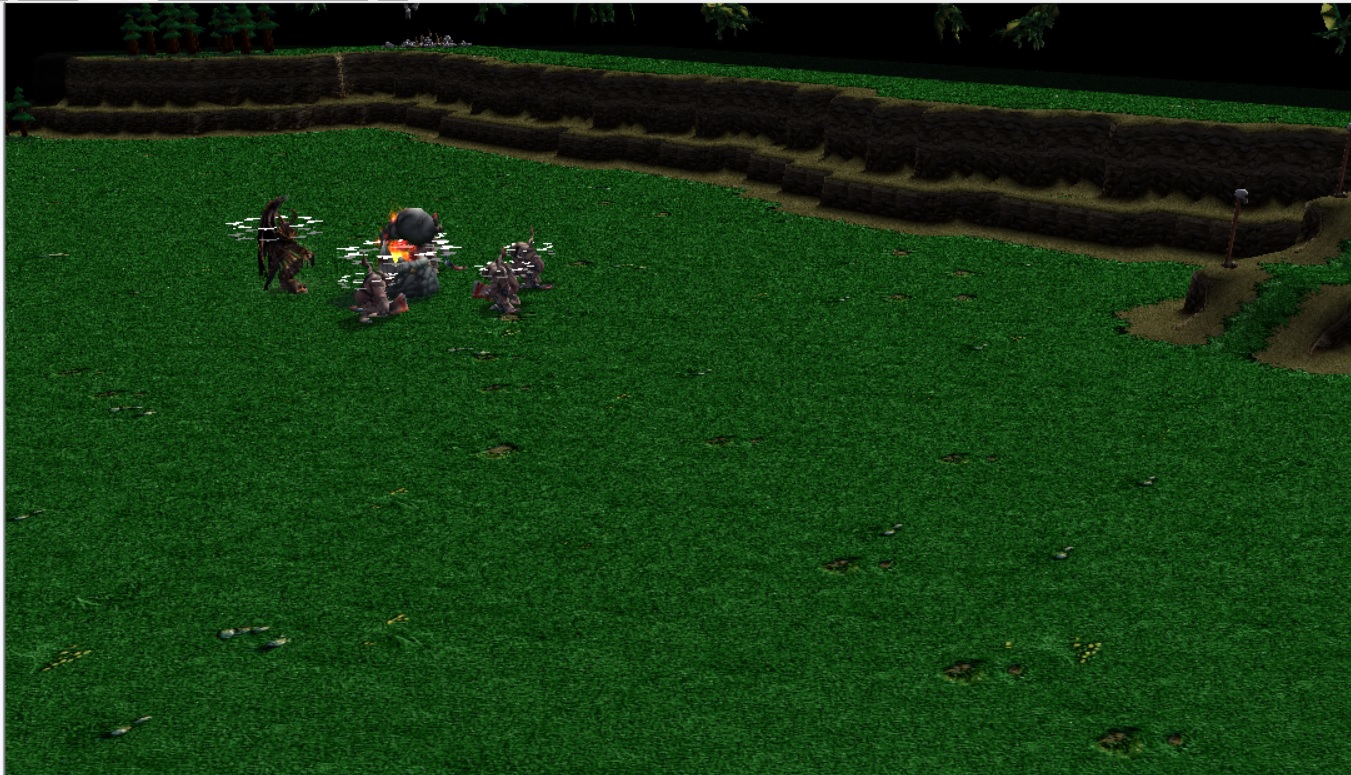 In case you have any doubts - both are from the same map, supposedly done by the same person. And yes, the terrain in the first image is by no means "perfect" and could definetely be improved, but you can at least see that some effort went into creating it and because of that it actually looks pretty nice. The same can't be said about the second image, which is - as previously noted - just flat, empty terrain with a single texture, some cliffs and very little decoration, which took little effort and just looks bad.

Sadly, there's much more terrain that looks similar to the second image than one that would look similar to the first image, so... dear author, stop being lazy. You know how to make a decent terrain - do it for your entire map, not just for small parts of it.

2. TRIGGERS - there's not much to say here, because the only trigger this map has is the default melee map trigger. That's it. No quests, no custscenes, no anything. And while not having triggers might be fine for some maps, especially melee or altered melee ones, this map feels like something that would benefit from some nice triggering work, so it's sad that it just isn't there.

But... this might not be laziness - perhaps the author didn't know how to do triggers, so - here are some tutorials:
Basics of Triggers
Chaosy's GUI tutorial for beginners
Basic Triggering

3. GAMEPLAY - I'll be honest: I didn't play through the map. The reason for that is quite simple - there's go actual custom gameplay to enjoy here, because this map is essentially a 2v3 melee with some preplaced units. And sadly, due to the total absence of triggering, it doesn't even attempt to be anything else. There's no story, no quests, no events... It's just you and a melee ally against 3 melee undead. Sadly, that's just not enough to make a decent custom map. At least for me.

One more thing I'd like to touch up on:

1.you and your ally must be human
2.the other for group must be undead
3.your main heros who are lord uther
And king verian must hold their position
They are just for defence.
4.the human group is well armored
So you have to avoid attacking for about fifteen min.
Click to expand...

These "conditions" shouldn't exist. They are in no way, shape or form complex enough to justify user input, nor does their nature demand that they should be handled by the player. Just no. These conditions should all be handled by the mapmaker and the way the map is built. Asking the player to do all these things for you is just bad.

Oh, and while you're at it - it would also be nice to set some player names ("players" tab). I've seen the author has used custom research data, so I'm going to assume he's familiar with this and similar settings. Also, in the same "scenario" drop down menu, there is a map properties menu. It's used to for example set the map's name, description and a loading screen. Of course there are some other options there that you can play around with, but these three are like the most basic of the basic things that each map must have.

2. Condition 3 - so you're essentially asking the player to not fully utilize the only custom unit that's in the map? Uhm... it's not what I would do, because that's rather unfun, but whatever. While we're on that topic, not using capital letters (i.e. "King Varian" instead of "king varian") for names is just lazy and messy... Come on. Also, you failed to set a proper character name for the hero, which is why you got some random Paladin name and a "Level 10 king varian" title underneath it - you can fix it by removing all other proper names in the proper name field, adding "King Varian" in the same field, changing the name field to something else (for example: "Ruler of Stormwind") and proper names used field to 1.

One more thing, if you're going to import icons - import the DISBTN one too, because if you don't, the icon is going to turn into a big green box for instance when you bring up the menu while the icon is visible.

Anyway, you shouldn't ask the player to impose some limitations on himself as to what he is and isn't allowed to do. That's just a bad practice. If you want to limit what the player can do, you should do it by tweaking the map. For example, if you don't want the player to use Varian offensively, you can just give him to an AI and have him patrol the base to help the player defend. Or something. Literally anything would be better than telling the player to "not use him".

3. Condition 4 - I don't know what you mean by "human group is well armored", but asking the player to just sit there and defend for 15 minutes is ridiculous. This should be handled by the map. If you want to do a "defend part", trigger in an in-game timer to show the time and either script the enemy attacks to be so intesive that the player pretty much has no choice than to defend or I don't know, put in some path blockers or indestructible gates or whatever to stop the player from being able to physically reach the enemy bases. Literally anything other than "just ask the player to not attack".

Oh, and by the way - if you're going to use a gate to block your allied AI from attacking, at least make it invulnerable and set some trigger to automatically open the gate when it's fine for the AI to start attacking.

By the way, I opened your map in 1.31 WE and it works just fine. Unless you're using some pirate version that has a broken editor (in which case just buy the game), you should look into your editor issues - either make a thread on this site detailing what issues you are experiencing or try writing a support ticket to Blizzard.

This should cover the most important things that need to be worked on. Once these are solved, I might come back to comment and/or review the actual map.
Last edited: Dec 27, 2019

Packs 1 Skins 1 Maps 11 Tutorials 1
No changes have been made. Moved to Substandard.
You must log in or register to reply here.