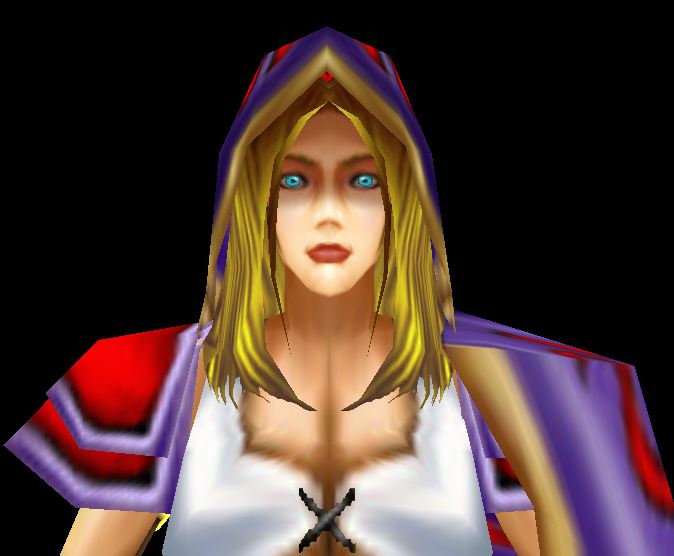 This bundle is marked as useful / simple. Simplicity is bliss, low effort and/or may contain minor bugs.
View usage Statistics Legacy download
Reactions: stein123, xw1995327www and JesusHipster
This is an optimized derivative of a Jaina model originally published by Klarnetist around ten years ago. You can find the base model on xgm at Джайна - WarCraft 3 / Модмейкинг - XGM: Xtream Game Modmaking

What is different in Klarnetist Jaina from the original Jaina:
- boots, gloves, legs, arms and torso are completely new and show some more detail
- the head mesh including hair is new
- the staff has been completely remade
- the leather collar around Jaina's neck and the brown internal side of the hood have been removed

What is different in this model from the base Klarnetist Jaina:
The mesh of the face was adjusted significantly, portrait has been incorporated, animations have been linearized, the walk cycle has been adapted to the new mesh. The improvement of the face's visual is the reason this revisited derivative of Klarnetist's Jaina is being published.

If you use this model, please remember to give credit to the original author: Klarnetist (Пользователь Klarnetist - XGM: Xtream Game Modmaking)

Solved Issues:
- portrait background used to be linked to the chest bone and moved during some portrait sequences. It is static now. Thanks boss gengar for the warning.

General Frank
The edits are too minor anyway AND It is NOT your model. I think the substandard section is just the right place for it. EDIT: By bad, I put in the restricted section. Fixed now.
Read full review...

Models 17
I recommend trying this skin made by @Daenar7 on this model: Proudmoore.blp

The results will look like Klarnetist's Jaina with Daenar7's texture | HIVE

Other customized skins for Jaina will probably not perform as intended though.
Last edited: Nov 2, 2017

Models 12
Some problems with particle effects. For example, the fire particle is showing up at the end of almost every animation. I'd suggest removing it.
Another big problem is that you attached the Portrait Background to the Bone_Head which makes the background move where her head is moving. If you can make an entirely separate bone for the background and attach it to that new bone it'll fix the problem.

BossGengar said:
Some problems with particle effects. For example, the fire particle is showing up at the end of almost every animation. I'd suggest removing it.
Another big problem is that you attached the Portrait Background to the Bone_Head which makes the background move where her head is moving. If you can make an entirely separate bone for the background and attach it to that new bone it'll fix the problem.
Click to expand...

Portrait background now has its own bone.
EDIT: this moving background is actually a little "problem" that even the original, vanilla jaina's portrait has. I have never given it the slightest bit of attention, and so seem to have done all other authors who published variations of jaina over the years. Thanks for your warning.

Particles behave weirdly in the online viewer because their properties have some open tracks. particles perform well in-game so i consider this a not very significant problem, I may or may not decide to fix it in the end but it is not critical nor harmful to the model's performance.
Last edited: Nov 3, 2017

Models 189 Icons 124 Packs 7 Tutorials 2
Please do not upload other people'S stuff - edited or not without their permission.

Models 17
The original author has been inactive for years and I have done all that I reasonably could to get in touch with him.
Not knowing russian, my liaison with xgm is Jesushipster who kindly let me know that xgm nowadays allows editing models of authors who have been continuously inactive for more than 3 years. In case you would like to have a look at my conversation with him please let me know.

EDIT/CORRECTION: this 3 years thing is my invention, I just controlled what he said and he made no precise duration statement. Still, the model being around for 9 years and his inactive state being protracted for four make for a reasonable time lapse.

Models 17
I will go ahead and ask Jesushipster to kindly get in touch with you and explain how it is that I feel entitled to post this improved model here and why this restriction should be lifted.

Models 189 Icons 124 Packs 7 Tutorials 2
The edits are too minor anyway AND It is NOT your model.
I think the substandard section is just the right place for it.

EDIT: I just add that I never claimed this to be my work only, and the relative contributions of the original author Klarnestist as compared to mine have been widely highlighted in the description, including links to the original product for comparison. Of course while giving due credit.
I reiterate again what this means. This model is not mine for the most part: the majority of the work was made by the original author klarnetist and published in 2009. My editings, which hopefully represent an improvement, represent but a minoritary fraction of the work done on this model and by no means imply that I should be credited with being the original author, who was and remains Klarnetist.
Last edited: Nov 3, 2017

Icons 11
Please, can you add her an spell channel animation? :'(

Models 17
I'm working on it specifically since I noticed that all Jainas stay still while casting blizzard and that sucks.

i love this new jaina <3 , though it has some little bugs
You must log in or register to reply here.