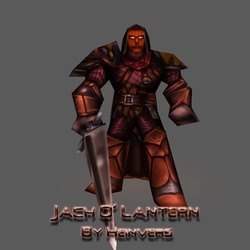 This insidious warrior was formerly a human that got beheaded by a cannon ball while fighting to protect his city from invaders. Rumor has it that the day he was killed, the world was silenced by the sheer resentment of killing such a devoted and noble man.

It's hinted that ever since the incident, he reappears every October to haunt the descendants of the responsible ones that ended his life. Every person that he touches instantly get's transformed into a Husk, forever serving him, abiding his commands.

> The normal 256 version can be downloaded here < 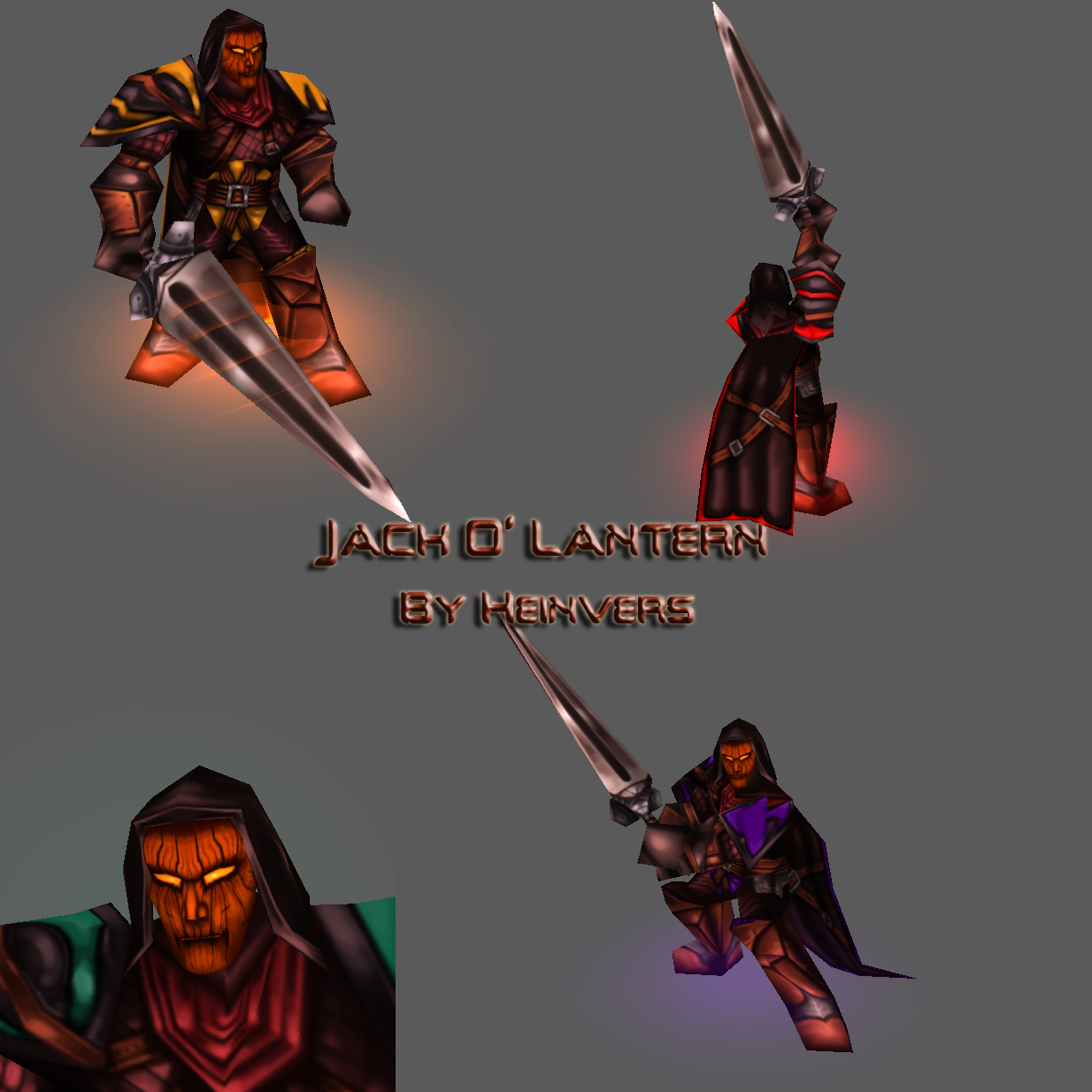 The sword texture can be found here: the 512 version, the 256 version.
The path is Textures\FrostmMourne.blp

As always, you're free to check out my Texturing thread for updates about my current skin works.

Updated: Made the face color more orange, added bits of belts on the cape and a cloth on the boots.

Moderator
05:33, 21st Mar 2016 ~Nightmare: Really loving the concept. Making the face orange-y made the skin overall looked much much better. Loving the suit especially the belt. Halloween may be far away but heck this give me chills.
Read full review...
Reputation Statistics