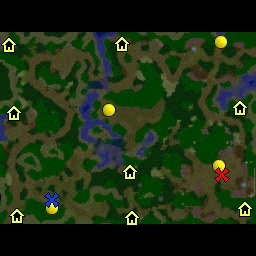 This bundle is marked as approved. It works and satisfies the submission rules.
View usage Statistics Legacy download
Reactions: deepstrasz and Shadow Fury 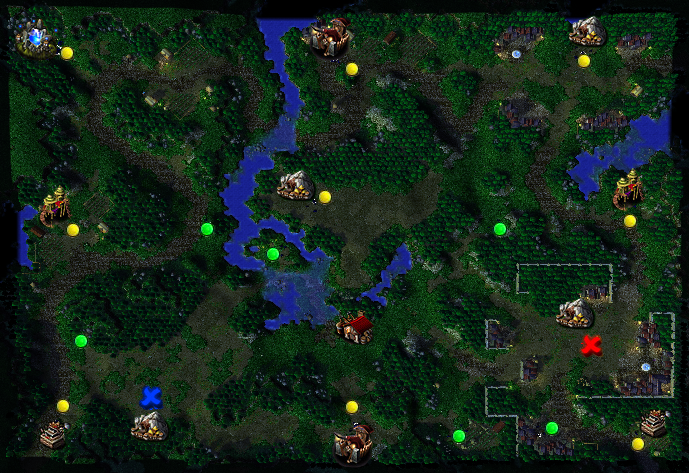 [img]http://www.hiveworkshop.com/forums/members/194715-albums4409-picture55832.png[/img]
"Hearthglen is a target of the Scourge in the Third War. Though the forest is filled of beasts and bandits alike. Secure this village and its resources for your own, and let them realize that you dominate this region."

[img]http://www.hiveworkshop.com/forums/members/194715-albums4409-picture55833.png[/img]
I've decided to forge my Warcraft III modding skills by recreating all of the campaign levels by turning them into melee maps, and of course I should stabilize creep camps, neutral buildings, and starter locations in a most proper way.

To start of this amazing idea, my first melee map would be the Reign of Chaos: Human Campaign Chapter 5, I renamed the map Hearthglen basing on how Blizzard placed that map with the same name, removed all of the triggers, and set the initialization as melee. I also made some few improvements by adding a mercenary camp (lordaeron summer), a tavern, and a goblin laboratory on the map to give in the melee standard gameplay, also added creeps. Hope you guys like it! 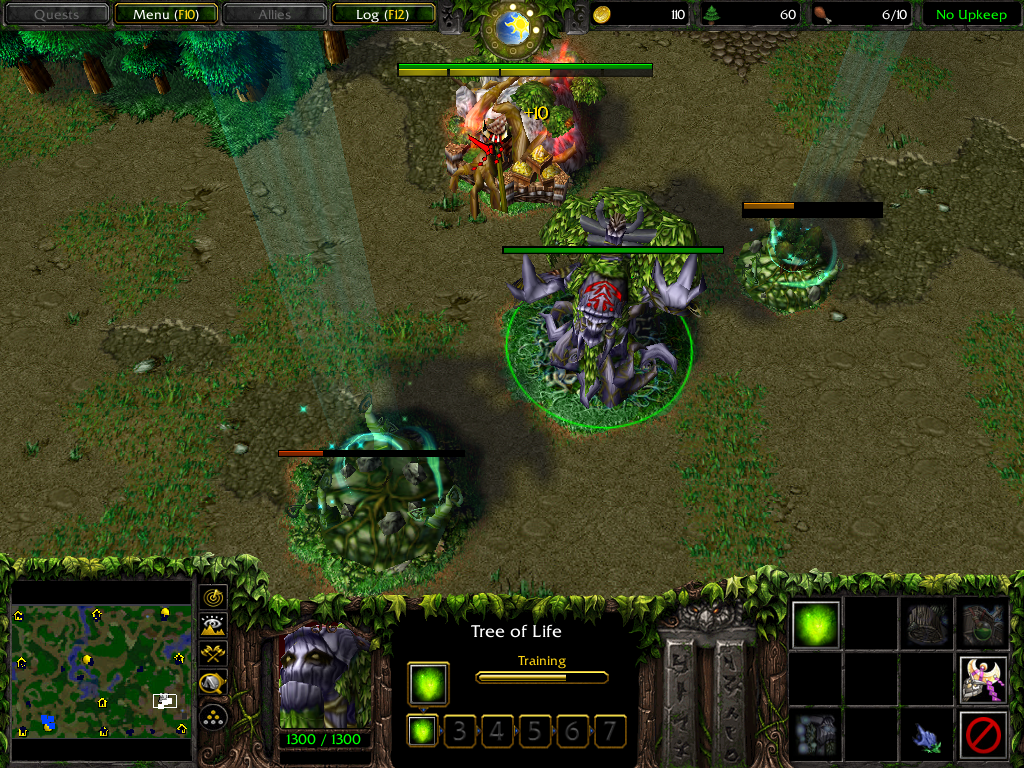 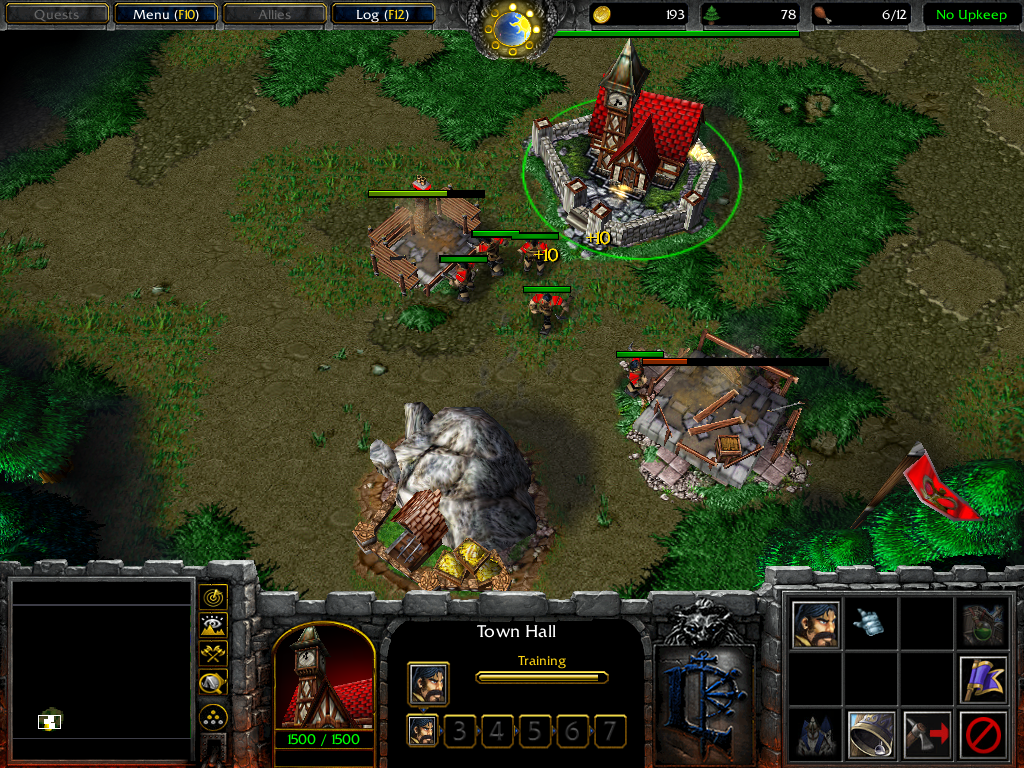 Map Info View Resources In Use Preview Triggers
Reviews
18:45, 20th Aug 2015 Shadow Fury: Map approved due to its great concept. It has been done with a few efforts but the result is worth an approval with the only condition that its rating stays as "Not Rated" because I cannot really give a rating to...
Read full review...

18:45, 20th Aug 2015
Shadow Fury: Map approved due to its great concept. It has been done with a few efforts but the result is worth an approval with the only condition that its rating stays as "Not Rated" because I cannot really give a rating to something Blizzard mostly created.

Models 32 Icons 7 Packs 1 Skins 5 Maps 36 Templates 1
What's with the black mask in melee map? Isn't it rather necessary to have fog of war instead.

Also nice to see some work from you, Orcy.

Maps 3 Templates 1
Nice to see something from you Orcnet. I'd just like to see these points fixed before approving the map:

1- You have to tick "Masked areas are partially visible" initially as it is a default setting for all melee maps. You may also think to tick "Use item classification system" since it's ticked for any melee map but I guess it's optional.

2- Generally the items feel a bit underpowered. The creep camps guarding the Goblin Merchant drop two items of summed level 4 but the creep camp has a total level of 17. Quite skimpy and non-rewarding don't you think? Same thing for the creep camp of the Mercenary Camp (3 vs 15). Additionally, I would suggest letting the Ogre Lord guarding the Fountain of Health have random item drops, not specific ones, that have appropriate levels. The murloc creep camps could also be like that. I'd recommend not letting one of them always drop a Potion of Mana.

The concept behind the map is fantastic because providing the chance to replay a campaign map as a melee map is great but you didn't really put a lot of efforts in this I'd say. Once you fix the issues, I'll approve the map with no rating.

Maps 4 Tutorials 1
Thanks guys, this is not much but hopefully I'll fill some melee maps made by campaign levels in the mean time, after that I'll be having more time working on my altered melee.

The updates is done as well.

Orcnet said:
Thanks guys, this is not much but hopefully I'll fill some melee maps made by campaign levels in the mean time, after that I'll be having more time working on my altered melee.

The updates is done as well.

That was the fastest update I've ever seen in my life... but... you did exactly the opposite thing I suggested you to do. You had to increase the level of the items dropped, not decreasing them

Maps 4 Tutorials 1
Well I tried playing a few runs and I notice how the Undead can somehow control the map after Tier 2 due to the size of the map, second lineup goes to Orc. So yeah I think I fixed the drop rates for a quick 1v1 map.

I also based Terenas Stand in most of the creep difficulty, that's why most of them are very weak.

Maps 3 Templates 1
At least the specific item drops have been fixed and the "black mask" thing too. These were the must-to-do, others were suggestions. That means... the map is approved!

Maps 2
Created by: Blizzard Entertainment. Should fix that.

Zaramorus said:
Created by: Blizzard Entertainment. Should fix that.
Click to expand...

No since it's mostly created by blizzard. If map is based on blizzard's own map (like lay out) it's then blizzard's map, you only edit it a little.

Maps 4
-there's only one Fountain of Health that is situated near the west player. I suggest replacing it with the Gold Mine in the middle
-the Goblin Merchant has weird items to offer, especially the Scroll of Town Portal (that can already be bought from the racial shop) and the Gem of True Seeing (bye bye Shadowmeld)

The idea itself is not bad but it has to be thought out a little. That means the map has to be edited/modified in some spots.

나는 love this map!
You must log in or register to reply here.