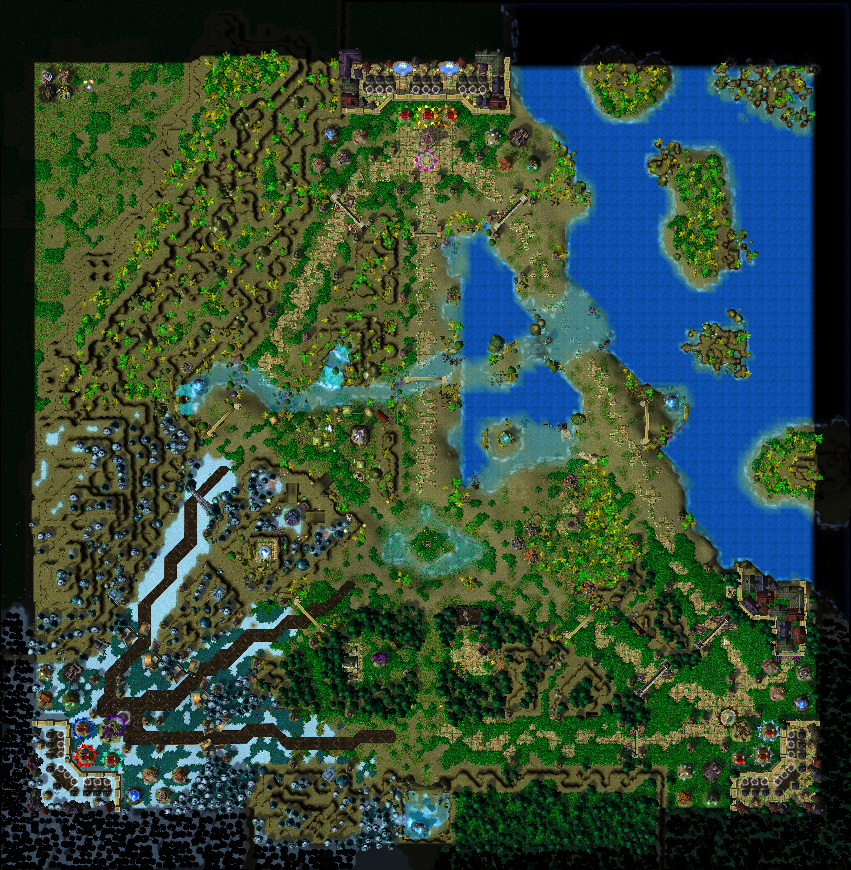 Feedback to: [email protected] or simply write a comment

Maps 14 Tutorials 2
While it is good that you include screenshots with instructions, your general layout of the map puts me off a little. It feels like going into a wall of text and pictures.
Try to read this, as I think it will help you out: Description - Map Template

The same goes for your other map.

Rufus said:
While it is good that you include screenshots with instructions, your general layout of the map puts me off a little. It feels like going into a wall of text and pictures.
Try to read this, as I think it will help you out: Description - Map Template

The same goes for your other map.
Click to expand...

ahh nice, forum formatting isn't really my strongest side, so kinda just wanted to get the map out there for now, but will look at the formatting

Tried setting this one up, had some issues, but think it works. Don't know what to do about my screenshot guide though, since it is quite in-depth. I considered splitting it into smaller parts, but don't see the point since it is linear anywho. Any ideas?

AOS/Hero builder hybrid, strong focus on army/base upgrading.
Personally, I think this map is feature rich and developed enough to be approved. I don't entirely enjoy the game, but then approval simply states that a map is of a certain quality whether or not I enjoy it is irrelevant.

I felt that the remake was slower and less interesting on the army/base development side; it takes a lot longer to reach the first unit/stat upgrade you can purchase.
On the flip side; creep waves also were much more balanced than the classic edition (where the ranged attackers could easily snowball to the point where they formed an unstoppable wave that easily crushed base defenses and all).

If I were to critique the map on any level, it would how the base seems overtly cluttered; there are a lot of buildings and knowing which ones do what (and there are lots of important ones) takes a certain while to get used to. It seems excessive at times how many features there are.
On the other hand you could argue that the large amount of base/army customization creates more depth and strategy.
The game also seemed very "push-strat" oriented, which I though was odd for a map called headhunters. Once again, the argument could also be made that having to split your team roles along PvP vs Siege-oriented heroes is interesting.

Some other gripes
- Grunts have more life than footmen, the team that starts with Grunts are their basic melee troop have an advantage over those than start with footmen.
- The choice to have the healing fountain on one side of the base (ie. noticeably closer to one lane was strange)

From a pure personal enjoyment standpoint, I found the classic edition to more enjoyable. Though that might be because I played it less like a PvP-oriented AOS and more towards farming resources to upgrade my army and then siegeing base in the shortest time possible.
That said, the improved edition is much neater (visually) and more balanced overall; though I find it less fun.
Last edited: Sep 9, 2016

Maps 2
Thanks for the extensive feedback There are some good points on things that i havn't thought about such as the fountain placement, which makes total sense, and might be easy to fix. Maybe adding labels to buildings could make it easier to navigate without adding too much of an eyesore?

Maybe adding labels to buildings could make it easier to navigate without adding too much of an eyesore?
Click to expand...

I don't personally think of it as a bad thing; but it is something that takes awhile to get used to.
Ultimately it depends on how complex you want your map to be.
I ask myself if you really need so many different upgrades for your base/creeps. And by that I dont mean the very straightforward ones such as +life or +attack, but the unit specific ones; such as "Grunts now do X" for example.
Consider that you have an upgrade building for each 'race of units' you can have, +the baseline upgrades for all creeps/buildings.
If you feel that it is a must to have this amount of variety; then the current setup is about as good as it gets presentation wise.
You must log in or register to reply here.