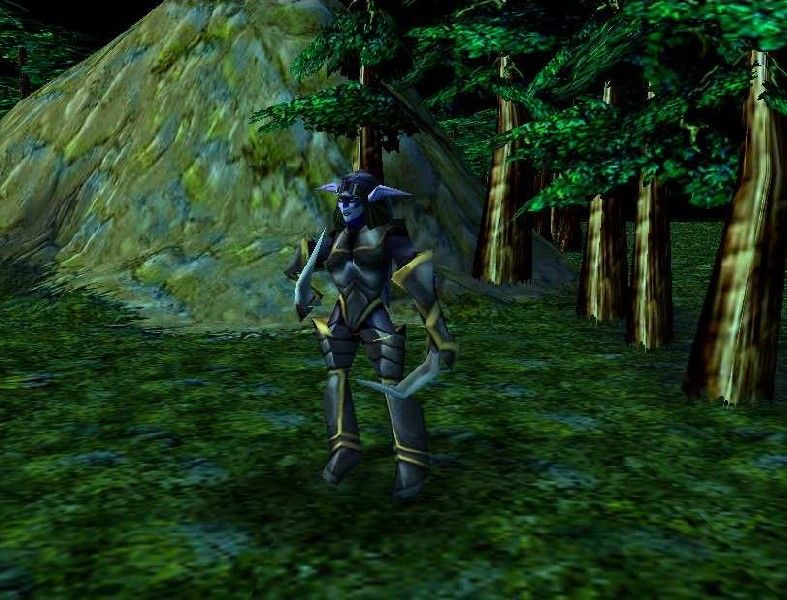 Models 13
Heh, its been on my to-do list ever since I found out the Warden and Demoness had simular skins. It does have a few errors though, most notably a hole in the skull somewhere from where I removed the horns, the original hair was fairly alphaed out so I just stuck together the unalphaed bits, and a few wrapping errors due to the original model

Anywho, I'm gonna go and dismount some more units. I think people might want an Orcish drummer one of these days, so I'll attempt one of them from the Kodo

I'm actualy a bit surprised people haven't tried this before, seemed almost nessesary to me

Models 1 Skins 1
hmmm may have use for this mind if i reskin it to be a high elf :?:

Models 3 Icons 5
Nice to see you got it working, Mech. It came out nicely.

Models 13
Its my first model edit ever. My second (working <_<) one was just a Kodo beast without any packs on its back, my 3rd is that Undead Horse, my 4th is the Orc from the Kodo Beast, I'm trying to fix it up by putting in some more stuff so you can't see that it has no legs (Its ment to be a doodad, like the guitar Arthus). My fifth, and current work, is a Raider on the Wolf Creep, which is good except I can't get the animations to transfer properly to the Wolf

Models 13
Hmm... I'll think I'll update this in a bit. Cause you know, laziness and all

This is your first model? It even comes with a portrit! And Darky29, your probably right :lol:

Maps 4
NICE, easy and simple just what a footmen Night Elf is suppose to be!
You must log in or register to reply here.