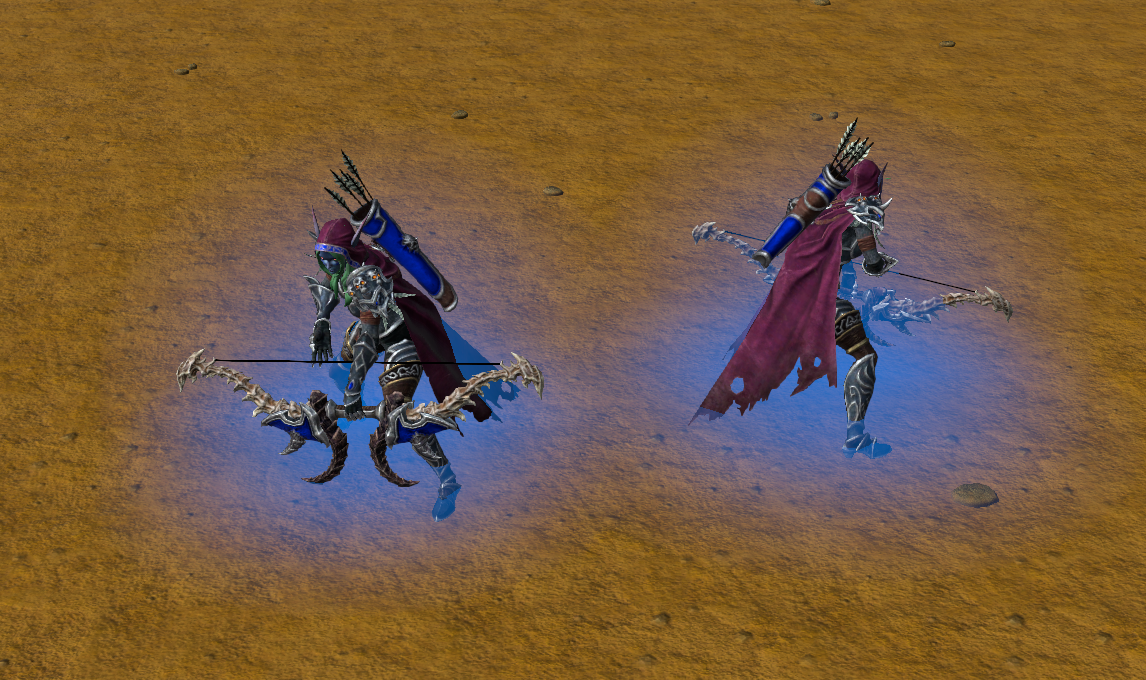 This bundle is marked as pending. It has not been reviewed by a staff member yet.
View usage Statistics
A fully armored evil counterpart of the Republic Ranger. Can learn Acid Bomb, Black Arrow, Endurance Aura and Transmute.

Ranger-Captain Maricar Valens was once a proud Farstrider of the Imperial Elven Ranger Corps, she supported the Imperial Army for participating the invasion of Outland. But it went horribly wrong, the entire Ranger Corps were completely annihilated during the assault, including Valens herself. A group of Death Angels Dark Ranger Corps discovered Valen's body and send the Fallen Priests to turn her into a Banshee. After her Banshee form was reanimated to her Ranger form by the Dark Arcanist Thakris Valzar, Valens is now serving the nefarious Death Angels and became the new commander of the Dark Ranger Corps.

very good texture a question do you have any tutorial to export and import texture to the game, dds compatible

feber13 said:
very good texture a question do you have any tutorial to export and import texture to the game, dds compatible
Click to expand...