This bundle is marked as useful / simple. Simplicity is bliss, low effort and/or may contain minor bugs.
View usage Statistics Legacy download
Reactions: deepstrasz and Mike
An Icon I originally never planned on uploading and only created for my MarkOfTheCrimsonKing spell effects I made, this texture is shrunk down because its an icon, so its not as high resolution as the spell effects texture, but it still works.

A bland and, frankly, arrogant icon, not super useful, but my first major icon project, with this ones time spanning over 5 years. I have another Icon I will be releasing soon that's just as old.

Because its so bland, so full of red, and not as useful as some other peoples stuff, I decided to go through the extra work to include all possible types of needs this icon may have, including auto-cast and upgrade. completely free hand, drawn in adobe photoshop CS3, this icons based off of the ''BTN3M1'' icon.

give credits as that mur'loc, named ''kellym0 god of the mur'locs'' and hopefully you will enjoy this icon as much as I have had finishing it, though im not an expert at creating icons, im sure I will get better, how ever, I still suck at it, so those of you veteran icon builders out there feel free to tear me apart with that criticism for the future, but don't expect too many updates on this one because this one is finished in my mind.

Update 1: Credits to Sin'dorei300 for pointing me to a new tool iv never even so much as glanced at, which is hilarious because I had manually built all the borders by hand via copying and pasting them from various other icons in the mpq, never realizing there was a tool just for it. This updated icon now has proper borders. 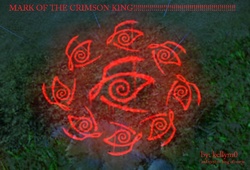 Reviews
04:07, 27th May 2015 Apheraz Lucent: The icon completely lacks shading and a light source. I won't post a long ass comment in here, simply because I advice you to take a look at the already huge stash of approved rune icons in the section, and try to...
Read full review...

04:07, 27th May 2015
Apheraz Lucent: The icon completely lacks shading and a light source. I won't post a long ass comment in here, simply because I advice you to take a look at the already huge stash of approved rune icons in the section, and try to work more on it.

Models 51 Icons 1 Skins 1 StarCraft II Resources 1 User Interface 1 Tutorials 1
The paths set automaticly by the hive are not all correct, the real paths are:

and the incorrectly named ones:

I noticed that it is you're user portrait LOL. the konoha symbol hehehe. Anyway it fits the model very much.

Icons 309 Packs 18 Maps 48
Well, since you have the image as your profile picture and i see that you basically CnP'ed it as an icon? Also, the blood dripping in the background is very random and distracting, maybe just add a few instead of a lot.

The Panda said:
Well, since you have the image as your profile picture and i see that you basically CnP'ed it as an icon?
Click to expand...

no, its not copied and pasted from my profile picture. that would actually be physically impossible.

there are a few different crimson eye pictures I have on my machine here (1920x1080, 600x600, 480x480x 280x280, and this icon, 64x64) my profile picture is a lot larger then this icon or my custom texture for my model. the custom texture is a bit bigger in pixel count, then the icon, but not much, so the icon and custom texture are almost the same thing.

in fact this icon is 100% free hand, as its impossible to copy and paste a crimson eye from a 680x680 pixel texture or a 1920x1080 pixel picture into a 64x64 texture such as an icon, because photoshop will turn it into a blob (you should already know this? your an icon master?!!? surely you've tried and failed as I have to copy and paste big things into small things?!?!?). also this symbols not incredibly complicated so its not so hard to free hand it, quite easy in fact. though granted, free handed over 5 years ago. this symbols actually designed to be drawn in a single pair of 2 brush strokes, one for most of the eye, and a curved dash for the nose...

now that I think about it, when I was free handing it 5 years ago I don't think I used more then 5 mouse clicks originally, this versions much more defined though. nearly 100 changes to it.


The Panda said:
Also, the blood dripping in the background is very random and distracting, maybe just add a few instead of a lot.
Click to expand...

random? they are evenly spaced out, and look if any thing too uniform (to me), but I was too lazy to edit them more (I have almost 100 copies of this blasted icon). they could have been made better, but I think they look ok, too much black space behind the eye to just leave it like that. icons with as much black space as that one had, without those blood dribbles, was just too empty. I thought they looked thin enough to look creepy, but not distracting, besides you're not really supposed to be paying attention to much, its just a creepy symbol painted creepily in glowing blood.

thanks for ur review, you are much more skilled at icon making then I am and its appreciated.

and thanks jonbon29 glad you liked it, though its actually not from naruto its from the dark tower
Last edited: May 11, 2015


''ok updated the icon, the borders are now correct ones, the disabled icons are also much much darker, which is..actually..kinda cool, I like it.''
Last edited: May 11, 2015


No, credit goes to Shadow Daemon, for this awesome tool: Button Manager v1.8.2.

yea but I would never of even looked at it had you not showed up. so you get credit for that.
You must log in or register to reply here.