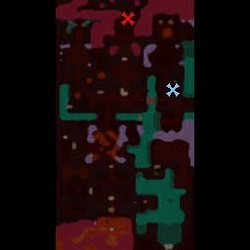 THE THIRD INSTALLMENT IN THE SERIES!

Any feedback is more than welcome (though keep it constructive please), and please, if you have any ideas for an episode, a character, anything really, or if you have a request for something to be added, don't hesitate to ask!


Credits
Thanks to Blizzard Entertainment for the map.
Thanks to zahav for the ArchiDollars joke ^^