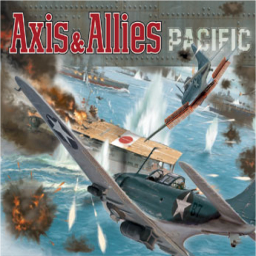 This bundle is marked as approved. It works and satisfies the submission rules.
View usage Statistics Legacy download
Contents

Maps 11
New in this version:
- Aircraft now rely on a fuel system: if their fuel runs out, they will automatically return to the nearest Airfield or Carrier. Fuel is indicated by mana.
- Generals can "group" units into an army. The general can then direct his army all at once as one fighting unit.
- Six Infantry units are created with every ground vehicle.
- New Income system based on Industrial Production. Cities provide labour, which is used to allow factories to produce income. It can be increased through investment, capturing oil and convoys.
- Codebreaking that allows you to have shared vision of the enemy as well as read what he types.
- New Victory condition for the Japan based on "Victory Points" which are collected from every capital that the Japan controls.

For more information regarding this and other maps, please visit the Lords of Middle Earth clan website at www.x187.com.

Maps 1
Lord_Sauron has did again. Another great map, there's just 2 problems with this 1. The game lags easily and 2. Your link for screenshoots isen't working.

Why is southeast asia so small ?

Does it have code making as well? (a research that counters code breaking), it would have infinite research (there are an almost infinite amount of codes) and each of your code breaking researches would require the enemy to have made a new code (you can't break the code of something not yet made)
Also another suggestion how about, you make so that you can see what the enemy player is saying all the time, it's just in gibberish (ie an "encrypted" message like [email protected] 823hdk )
You must log in or register to reply here.