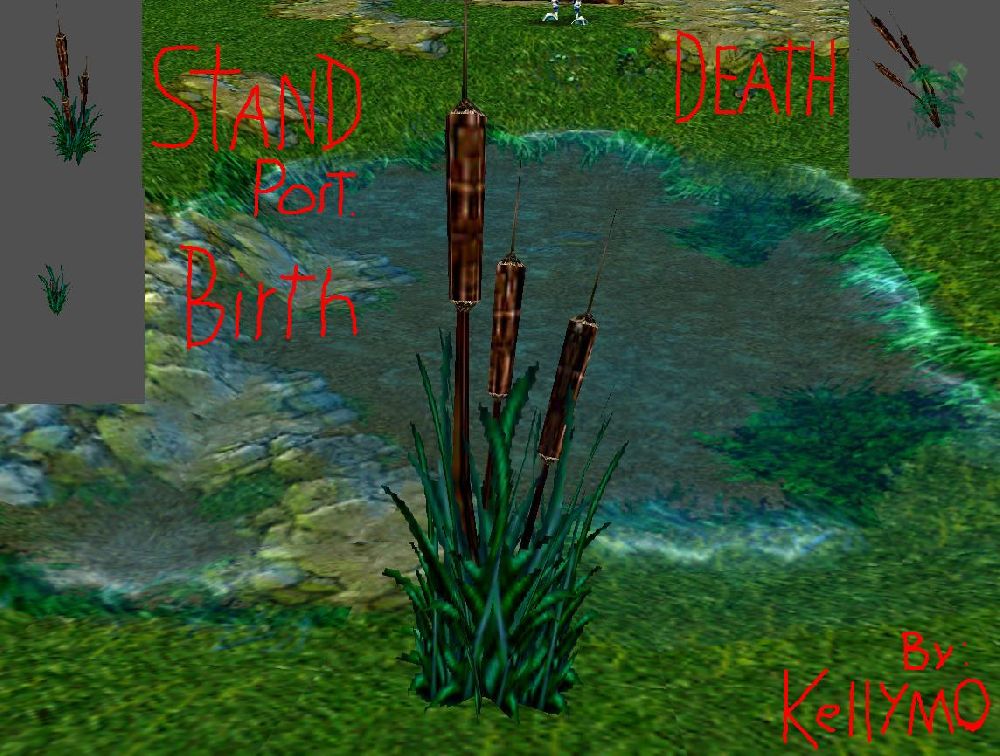 This bundle is marked as approved. It works and satisfies the submission rules.
View usage Statistics Legacy download
Reactions: Jack Trollbane and deepstrasz
my third cattail plant model, I realize its very similar to my other 1 I just uploaded, this ones based off of animated CatTail B, it uses the FelwoodNatural texture instead of AshenNatural, and is hence darker green in the blades of grass, darker brown in the stalks, and especially darker brown in the bulb heads at the tops, more importantly how ever I made the particle emitters darker green to match the blades of grass. recoloring the other Animated cattail B in the world editor would leave those particles looking powerfully lime green compared to the blades of grass, hence this version is better looking as a result. I realize its very similar looking to Version B, so to spice it up I made the top heads look more rotten by choosing a darker part of the FelwoodNatural texture to UV wrap instead of just texture swapping from ashenvale natural.

it has all the classifcations required to be a Ward unit or destructible doodad, its animations are:

Give credits and what not, set death time seconds to 1.24 or more to not bug out particle emitters, permission from me to edit it as you wish ect. suggested size between 0.9 and 1.5, the blades of grass texture is used by all my plant models if you already have imported it from using my other plant models then this ones just a copy ect ect.

This one should be in felwood right.
You must log in or register to reply here.

Jaina as a unit (set)