This bundle is marked as pending. It has not been reviewed by a staff member yet.
View usage Statistics Legacy download
Reactions: Herosdutemps, DragonMax_HCM_, johnwar and 19 others
Admiral's Elite Guard by Footman16

From Wowpedia said:
The Admiral's Elite Guards are elite soldiers of Kul Tiras. They have been seen protecting the Lord Admiral of the nation on several occasions.
Click to expand...

So I was looking through wowpedia for inspiration for something to skin, I knew I wanted it to be a Human unit and I knew I wanted it to be something cool. So I was originally going to make a skin for the Captain unit for a different Kingdom but in the end I stumbled across the Admiral's Elite Guard from Battle For Azeroth. Sadly no vanilla model seemed to look close enough in terms of design (cape, helmet etc) to faithfully re-create the model however I knew of a model that did look a lot closer. That model was Tranquil's Royal Captain Model which can be found here:

So I set about making a skin for it to turn it into the Admiral's Elite Guard. Anyone on the Hive's discord might have seen the various WiPs I posted and so can attest to it being all completely freehand! (I've posted the unwrap below, you may ask about the two shoulder bits that haven't been changed but these bits are unused by model so they don't really matter)

The picture I used for inspiration was this one: 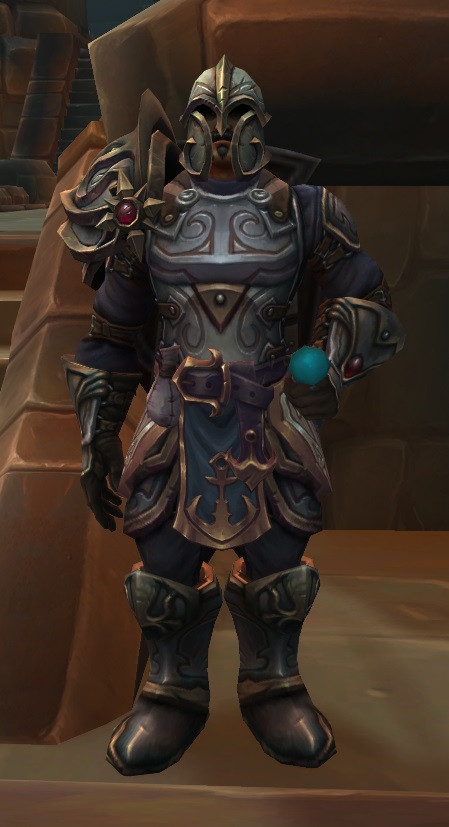 Now whilst I'm very happy with the final result there were a few things I was unable to make as close to this original image as I would've liked. Namely, the shoulder pads and belt due to the wrap of the original model. You may then ask why this is being uploaded as a model and not a skin/texture and that is because I still had to make some modifications to the UV wrap in order to make the texture work and look as good as possible for example the wrap on the helmet. I also took the opportunity to remove the wings from the helmet. I justified this by thinking if CloudWolf can upload minimal model edits with the main resource being the skin/texture this is a case similar to that. Also I decided to leave the cape and dangly tabard bit as a separate texture in case someone wants to use just the original Arthas cape texture for it.

So if you decide to use this resource please give credits to both myself and Tranquil for his amazing original Royal Captain model.
Keywords: Admiral, Elite, Guard, Kul Tiras, Kul'Tiras, Kul'Tiran, Kul Tiran, Boralus, Proudmoore, Jaina, Katherine, Daelin, Admirals, Admiral's
Previews 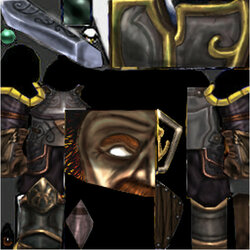 Dayum, these are some really sexy boys Great job!

Templates 1
This looks awesome. I am a real sucker for the dirty/gritty look on armor and you do a fantastic job capturing that on this model. I also really love the 'nordicy' style swirl on the sword, its a nice detail.

Great work!
You must log in or register to reply here.

R
Admiral Proudmoore with a Gun