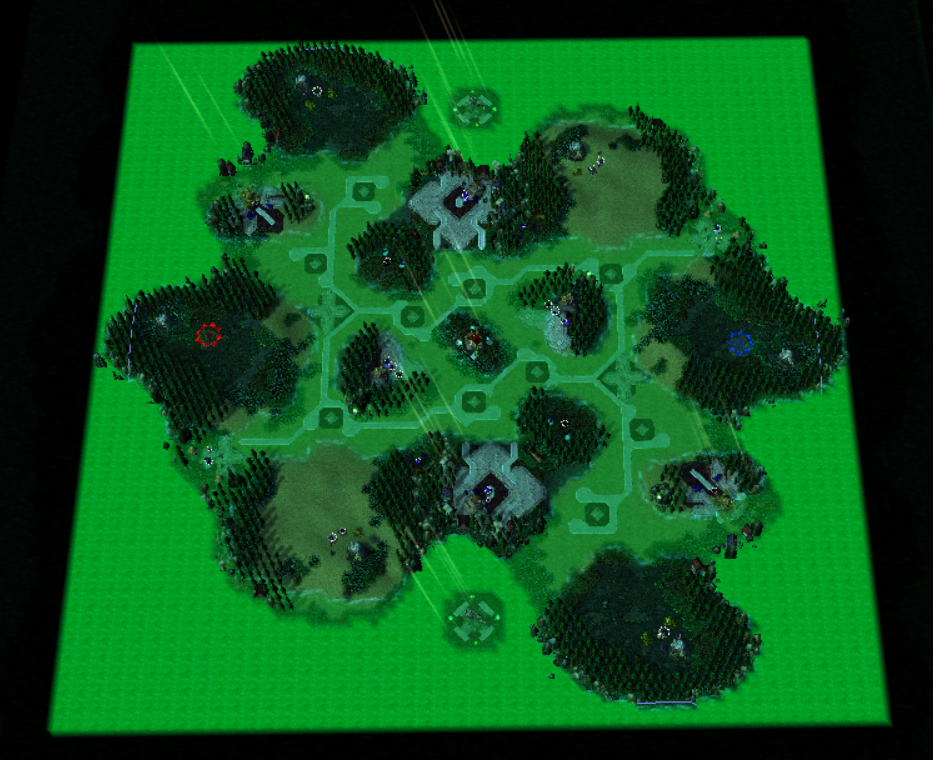 Map Description:
Toxic yard is the isles near bloodvenom post. the fog are even tougher when stranger set foot on the place the toxic will spread around.

Information:
-Green actual terrain but bright in minimap[dont worry!].
-ship early game to late game and goblin lab for late game
-ship+portal combo, ship harass design. Use portal to switch the base attack or to escape this will surely annoying your opponent. [design it to possible make a intense move maybe can give player more interest in boat]. SO ship as a addition and chance.
-safe expo if opponent didn't intend to try on boat.
-lab up ground with space and hard camp.
-on easy expo isn't that easy it kinda a bit annoying from purge and sleep. It required some skill-play to do a fast creeping.
-playable mapsize: 96x96, +fast game map design with contain no red.

1.0 release on Hive
Creator Note:
-This is just a retry of Waste Factory (navy portal) idea from the contest after read the judge feedback. like try lab late game from Netypoh feedback, more river to connect the portal from Knecht, and space on up cliff hard camp lab[Tenshi feedback on other map]
-I did try to bring more used to the boat, so I try boat harass idea and the come out was a bit too much I guess. It can be really annoy when you trying to expo both and enemy used boat to fast harass. It almost a doom. But at least I try to bring something here.
-Myself still like the corrupted treant which was complain by tenshi because of his entangle, somehow I end up using him again at the shop. the creep is not hard but various of trouble. I didn't love to torture the player though I just can't cut my feeling off that camp yet
Previews