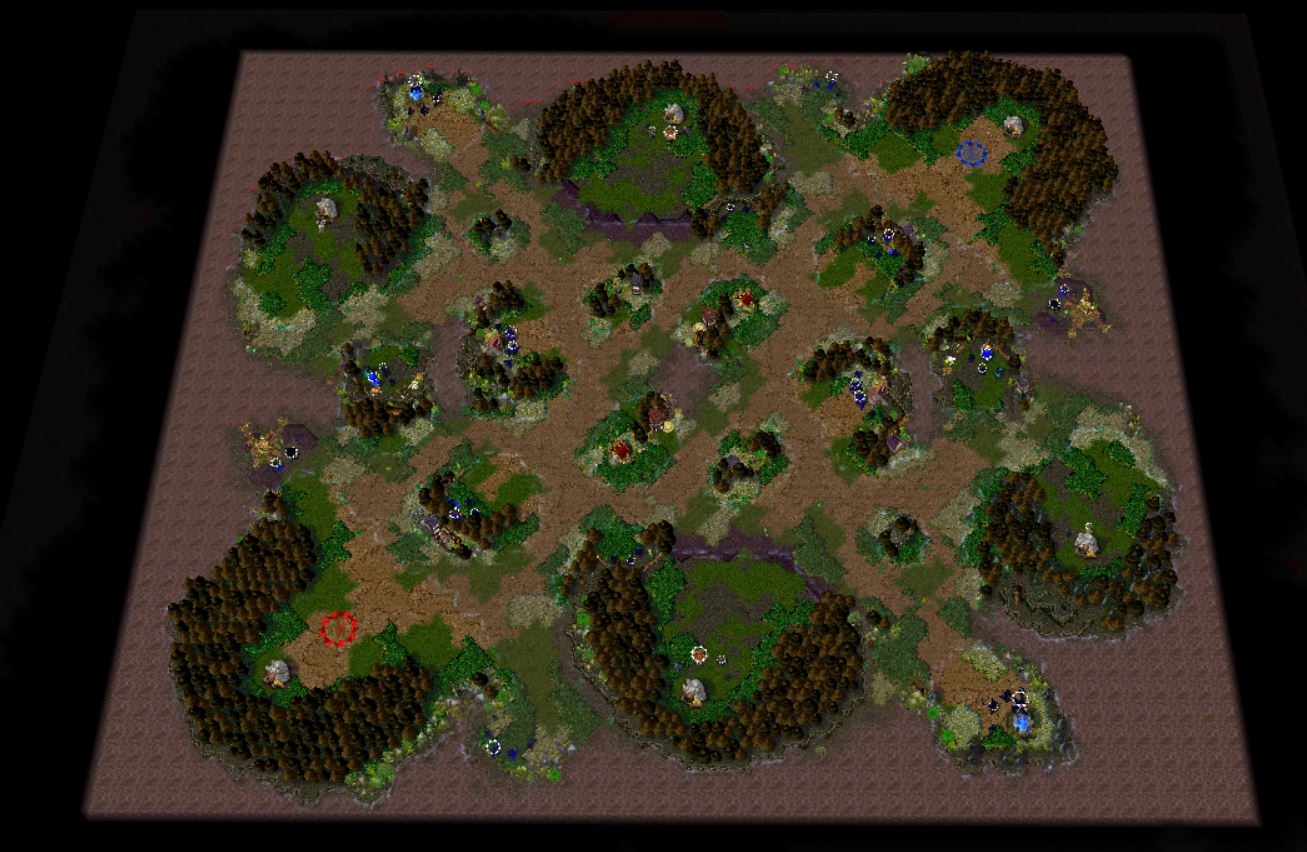 Map Description:
The lava flood take over Tendrils From Below. Murloc is coming back, the place turn to be glint by the obsidian below the lake bottom.

Information:
-playable size 100x84
-Dalaran Ruins tile set
-fast shipyard green expo idea -very experimental but could work really well
-Road to Stratholme layout idea but with boat
-not so many middle contest camp - make it harder than normal instead
-with boat will make you have more convenient moving route -2 ground middle only, 5 water route middle.
-I remove Sentry Ward drop from c2 cause feel like it will be over power in this map.
-lab are available but a hard camp (similar to FoH camp in CH)


1.0 upload to hive
1.1 switch the hard orange in front of the starting base to the high ground mines. player are able to instant lv2 heroes with the lv14 camp now(same as on tidehunter I believe). remove lab replace with FoH. maybe there are other change that I can't remember.
1.2 change layout and pull player base out a bit to create some space between player. tree lines and stuff to support to fast ship expo. Swap item drop swap between high ground expo and FoH (lesson learn from Secret Valley) thank both feedback from Robogoblin and Mafe.
Creator Note:
-I think that I should not make any isles, the way of to not force the player to use boat is working better I guess. what do you think? comment below ---VVV--- (I need more feedback)
-I take so many idea but mostly base on Road to Stratholme layout.
-The minimap tree will have a green color in reforged version - my intention to be like that
-I also found out that wc3 boat cant will set militia as present in an instant after comeout of the boat no matter how much time militia have left. Which is kinda sad.
Previews 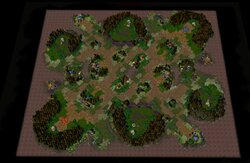 mafe
Now that's a very different map from you. Given the name, I first had to check whether how the respective WoW-location looked. And yeah, this map is close, but I'm confused as to why there are human building ruins instead of nightelf buildings, which...
Read full review...

Maps 10 Tutorials 1
Now that's a very different map from you. Given the name, I first had to check whether how the respective WoW-location looked. And yeah, this map is close, but I'm confused as to why there are human building ruins instead of nightelf buildings, which would actually replicate the looks from WoW-Ashenvale much better and imo would fit better in general. In the same manner, why a red dragon instead of a green one? Other than that, the map looks great, except for maybe the square tiles near the expansion. In fact, I'm positively surprised there are only 8 total tiles involved. The water color really adds a lot.

On to gameplay:
1. Boats. Uargh. Tbh I dont see how they add much to the map, once again showing that it is very hard to make a map where they are neither too strong nor useless. But better to err on this side of caution. In the lategame, zeppeling will probably make boats redundant.
2. Creeps and items look ok. Some camps have two lvl 5+ creeps, which is rarely seen for orange camps otherwise.
3. Creeproutes are super boring. Basically, nightelves can only go for the shipyard, and then the green spot to get lvl 2 is far away. The earlygame just should be very predictable and repeitive, which I dont like at all.
4. Highground expansions: Iirc we talked about this in discord, but just anyway: Just dont, unless they are lategame-expansions defended by red creep camps.
5. Corner expansions with green camps: Very weird, but interesting idea given that they cant be reached without boats. Actually this might be a legitimate reason to buy boats. But my gut feeling is that it would too impractical to buy a boat just to expand there.

So overall, it's a map that is alright and technically there is nothing wrong with it and lot is very good. Therefore map approved. But crucially I'm not really sold on some of the gameplay choices.
You must log in or register to reply here.