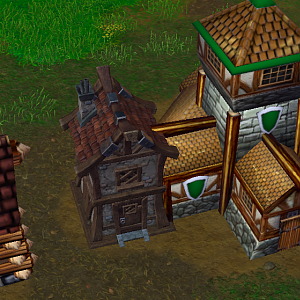 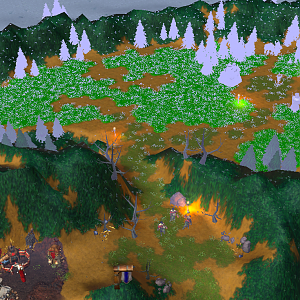 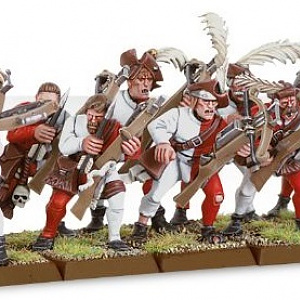 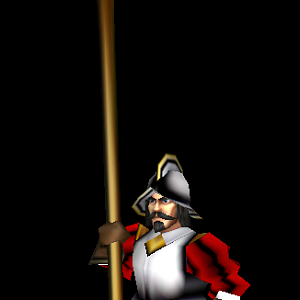 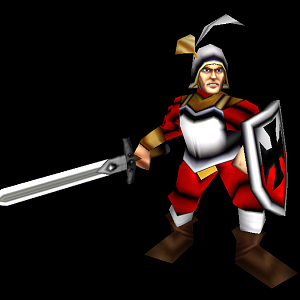 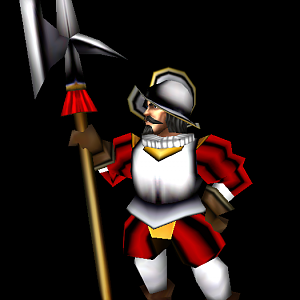 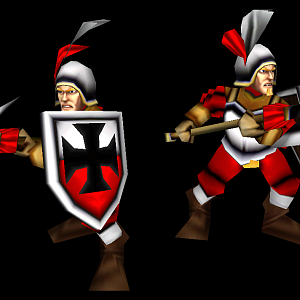 The straightest man on the planet.
Bending would be a mistake.
Pikemen need good posture.
Nice work!
Will there be a release?
Yep, I just have to finish the Crossbowman and the remake of the Handgunner.
I might not include the Reiksguard or H.Infantry initially, simply because they're noticeably more complex models (Not like Reforged, just they have higher quality armour than a footman)

The new Spanish Swordsman uses a Rapier and Targe, which looks fairly nice - I just need some ideas for his new running animation (Right now it looks kind of anime with his sword-arm off to the side when he runs)
Good luck in your work!