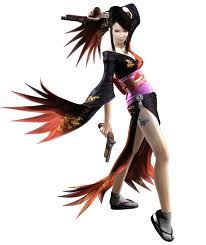 This bundle is marked as approved. It works and satisfies the submission rules.
View usage Statistics
Reactions: General Frank
History:

N&#333;hime was said to be extremely intelligent and stunningly beautiful. At their wedding, Nobunaga described her as having "the mind of a genius and the appearance of a goddess." She was married to him in 1549, during a truce between his father, Nobuhide, and Sait&#333; D&#333;san.

Reviews
15:36, 6th Aug 2014 MiniMage: Approved because permission has been given and file has been relocated to his profile.
Read full review...

15:36, 6th Aug 2014
MiniMage: Approved because permission has been given and file has been relocated to his profile.

Models 2 Skins 1 Maps 2
You must upload a mode made by your own in here.
The picture must be from the model, not from a concept art or another game !
Rejected soon 'll come for you.

R
The first model I uploaded