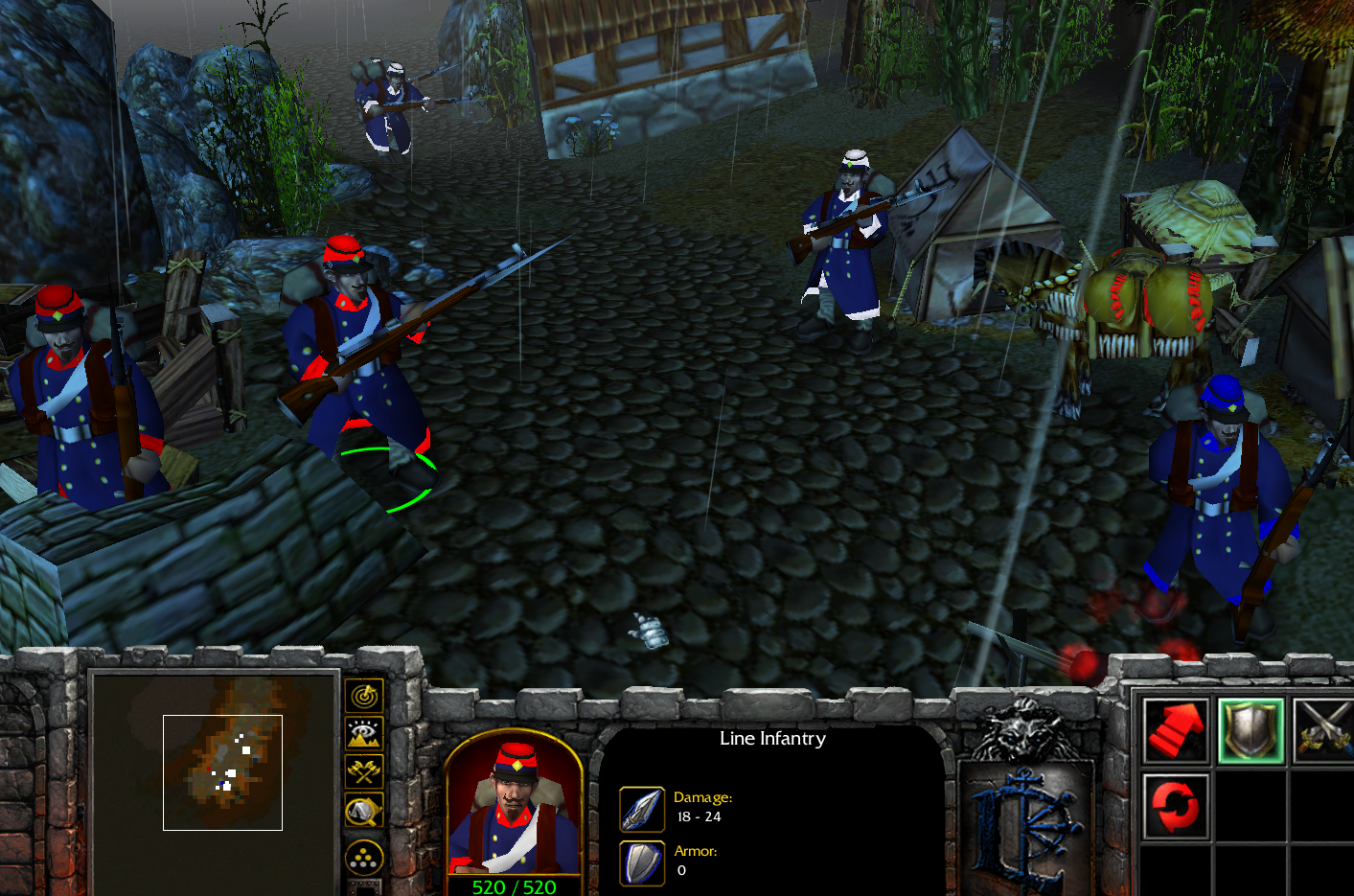 This bundle is marked as approved. It works and satisfies the submission rules.
View usage Statistics Legacy download
Reactions: FlameofChange and deepstrasz
French Line Infantry with a Chassepot/Gras Rifle (I've anachronistically got the bolt action on there coz I think it looks cool). Team colour on trims of clothing, kepi and trousers. White tc could also pass as some French foreign legion troops of the same era.

This is based off of Herr Dave's models and uses bayonet animations from Zess' Steampunk soldiers - I got permission from both, thanks to both of them for the work they put into keep wc3 modding community vibrant and allowing others to learn and build on what they've made.

Models 1
Where is the baguette?

Makoodzaka said:
Where is the baguette?
Click to expand...

Setting to Approved.
You must log in or register to reply here.

Not to insult any french people, but...