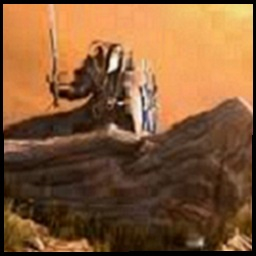 
Final Onslaught is a multi-player online battle arena style map for Warcraft. It can support up to 10 players in a 5v5 setting. Two teams, the Light and the Sorch, fight each other in a goal to wipe out their forces. Each player starts with a Wisp which is used to summon a Hero, the player then required to use the Hero for the rest of the game. The game is won when the team had destroyed all of the opposing structures, similar to how Real Time Strategy game works. For each unit kill, nearby Hero gain experience that is shared amongst allies, the killer gets a significant gold reward. Gold can be spent at shops in the safe area in the base. The fountain is also located at the safe area, the shops and the fountain are all invulnerable and are not considered winning condition for the game. The item prices ranges from 150 gold to 5000 gold for each item slot.

The base spreads out to a 5 lane composition where each lane contains a barrack and 3 towers toward the enemy base. Every 30 seconds, warriors are created at the barracks, in the base, to attack the enemy base. If the barrack is destroyed, no warriors will be spawned thereafter. The Castle is the main building protected by two guard towers which can yield a huge amount of gold reward and experience. However in this context different from the standard MOBA game rules, destroying it don't end the game, only when every structure is destroyed will the game end, there is a 3 seconds delay before the condition will activate. Whenever a player leave a game, if that player is the last player, the game will also be ended and winning conditions calculated base on remaining team.

Average game time for this game is 30 minutes, accurate when tested in a single player setting. The dynamics of a 5 player game will differ but being very situational.


Blood Mage is an Intelligence based Hero that has spells that deal huge area of effect burn damage. Generally you have to find the balance between a good sustainable mana regeneration and health, due to his slightly longer casting time he can be very vulnerable against assassins which can kill him without much difficulty. Armor can be a very good choice of item just to ensure safety, however his ultimate can be very useful for surviving them.

Spells:
Flame Strike, after a brief channel time flames explodes from underground to burn anyone within the blast radius over 3 seconds, this flame burn for 6 additional seconds dealing very minor damage.

Immolation, passively creates a fire cloak that burn enemies within a medium range. This fire burn several times each second for burn damage.

Ultimate:
Final Inferno, lets out an intense heat that set his own being on fire and becoming invulnerable for 1 second, the intense flame instantly expands outward dealing a massive area damage to anyone within 1000 range of Blood Mage.


Mountain King is a Strength based Hero that uses steel magic to obtain a strong power. He travels slightly slower similar to most of the high defensive heroes in the game. He is very durable but weak against fast and agile targets, however with his high damage abilities he can deter them with ease if used right.

Spells:
Storm Bolt, throws a magical hammer at a target that deals high damage and stuns the target from a range.

Thunder Clap, slams his hammer on the ground creating a medium radius electric pulse dealing moderate damage and slowing them.

Bash, each attack has a chance to slam a target dealing bonus damage and stunning the target.

Ultimate:
Avatar, enter Avatar mode for the next 11 seconds, he is immune to magic damage(but not ultimates), gains 11 armor, 11 damage. Each level reduces recharge time of this ability.

More details to be added...

Map Info View Resources In Use Download
Reviews
09:25, 25th Sep 2015 Shadow Fury: The map appears to be incomplete. There are no victory/defeat conditions because I destroyed the enemy castle and nothing happened. The heroes are nearly copy-pastes of default ones but I must say the items in the...
Read full review...

09:25, 25th Sep 2015
Shadow Fury: The map appears to be incomplete. There are no victory/defeat conditions because I destroyed the enemy castle and nothing happened. The heroes are nearly copy-pastes of default ones but I must say the items in the Marketplace were pretty well done. What wasn't done well at all was the terrain. It was totally empty and flat, something unacceptable. There isn't even a single doodad on the battlefield so the visuals are very lacking. Finally, why are all towers/structures vulnerable in the beginning? They should all be invulnerable except the first ones so that when I destroy them, the next towers become vulnerable. This issue is critical especially when you reach the castle because you can calmly destroy it without even destroying its guarding towers first.

Overall the map is rejected for being too cheap. Inform me when you'll update it.

Maps 3 Spells 2 Tutorials 1
1. Change the Author name to your name.

2. Improve the Description.
You must log in or register to reply here.