Extracting game files is not something everyone will need, but those who would can need them for many things: you may need to get some data from the game SLKs, get a function's definition from the blizzard's code files, get a file to modify and use in your map or with local files.


MPQ is an archive format made by Blizzard, similar in some aspects to a ZIP file. They are used both to store map files (w3m and w3x files are MPQs, sometimes with an extra header), custom campaign files (w3n files are also MPQs), and game files until 1.29.2. More technical information can be found here.


There were 4 main game MPQs: War3.mpq, War3Local.mpq, War3x.mpq, War3xLocal.mpq; note that these are not the only files the game would look in when loading a file.

War3.mpq contained all the game files that were not TFT-only and did not change based on the game's locallization (translation, for example sounds and text).

War3x.mpq contained all the game files that were TFT-only but did not change based on the game's locallization.

There was also War3Patch.mpq that used to stored all files that were updated with patches, but it has been removed after 1.28.

Inside of the main MPQs, there were also MPQs for every tileset (called like A.mpq, with A being the tileset character specified in the w3i) and for low and medium graphics modes (war3_med.mpq and war3_low.mpq).


When loading a file from a system with MPQs, the data sources were considered as such (only specifying the main ones in this tutorial):

How to extract from MPQs


There are many MPQ editors, but I personally recommend the one by Ladislav Zezula. It has the option to open one or multiple MPQs at once, automatically recognizes extensions of files not covered with a listfile (most files in Warcraft 3 patch MPQs), and can even make an MPQ from scratch or from a folder.
It will also give you the option to set it as the default handler for MPQs, so opening the game files becomes as simple as a double-click on the MPQ.​

CASC is a system of storing game files, serving as a replacement for game MPQs. More in-depth information can be found here.​


CASC is a simpler system, being unified as opposed to the many MPQs of the old one.
​
war3.w3mod: the main root

_balance/*.w3mod: balance-related files, for any particular map the usage of these is dictated by "Game Data Set" and "Game Data Version"
_deprecated.w3mod: files that should no longer be used by anything but kept for backwards compatibility
_hd.w3mod: the root for HD files

Maps can also have most of the subroots that war3.w3mod can have.

The hierarchy that will be outlined below is adjusted for latest version, but will be similar to the hierarchies of the older patches (not including locale and balance roots nor the teen [low violence mode] root, and the * in tileset names only means the active tileset, not every one of them):


​
How to extract from CASC

In both MPQ can CASC, files have similar paths accounting for roots:

Icons 4 Maps 1 Spells 22 Ported Icons 4 Tutorials 6
Sorry about being late to check this one out.

Wouldn't you say this is too simple?
I have not tried this with Warcraft 3, but I have extracted wow models from casc with the suggested program. I think the process is identical.

The tutorial is more or less:
1. Download the program
2. open the mpq/casc
3. find your file and right click>extract

Or, realistically:
1. use the program

It's pretty obvious how to use the program if you are remotely tech-savvy.

You offer potentially interesting and useful information outside of the main steps but I don't think it belongs in a tutorial.

Tools 1 Maps 1 Tutorials 1
I would agree it's very simple, but people too often don't want to look into any changes to the files, trying to use the MPQ editor on 1.30 and having no idea what to open with it; I have also added the folder structure to make the tutorial more comprehensive just so people who aren't too scared to try the tools themselves still have something to gain from reading the one post without having to search for more. The file loading hierarchies are also probably niche enough not to need a tutorial since people who need them can probably research them themselves or ask in the discord (link here in case some random person reads this and doesn't know we have it).

The root cause for me even writing this tutorial is the amount of people needing help in various Warcraft 3 discords with the most basic extraction, and I believe I still kept it less oversimplified than some of the older approved tutorials for it.

Bogdan3 said:
I would agree it's very simple, but people too often don't want to look into any changes to the files, trying to use the MPQ editor on 1.30 and having no idea what to open with it
Click to expand...

If I have a tech problem in general, what is the first thing I do?
Google. 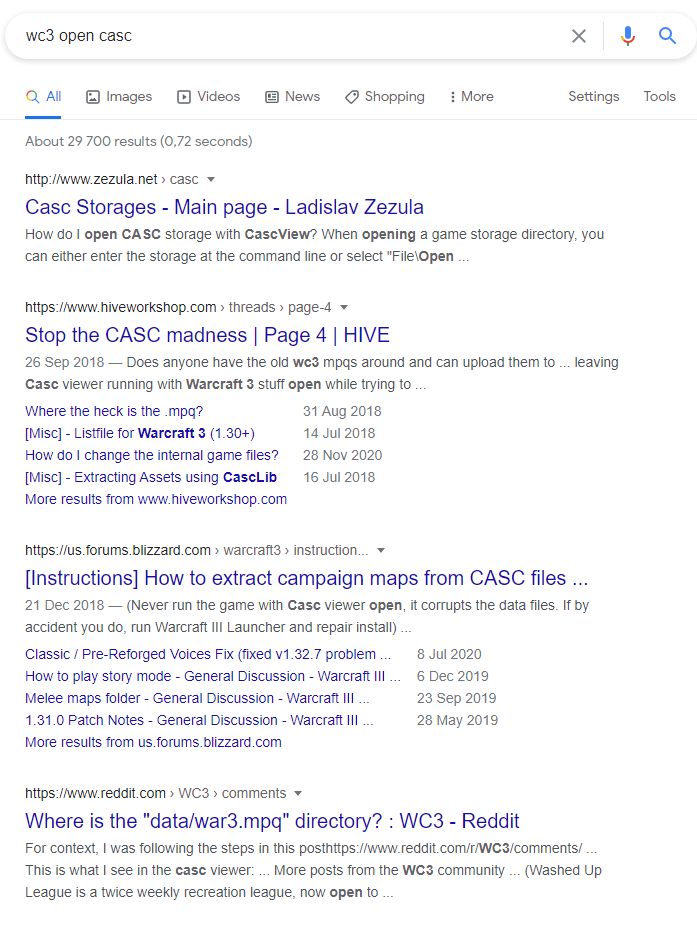 The thread: Where the heck is the .mpq?
This gives you enough info.
The same would probably happen if you used the site search functionality.


Bogdan3 said:
I have also added the folder structure to make the tutorial more comprehensive just so people who aren't too scared to try the tools themselves still have something to gain from reading the one post without having to search for more. The file loading hierarchies are also probably niche enough not to need a tutorial since people who need them can probably research them themselves or ask in the discord
Click to expand...

I think you're having the opposite effect.
If I was intending to learn something and I go to the tutorial and see an a4 page worth of fairly compact information I would probably be discouraged and think it's something advanced.
I cannot prove this one way or the other so I'll leave that be.

But as I said in the first post, the extra stuff you added might be useful.
But not to the extent where I think it compensates for what I think is an unnecessary tutorial.
If a returning modder becomes confused, he can google/hive search it or ask in discord he gets the reply "You need another program in later patches" he downloads the program and he is basically good to go.

I think that a tutorial should give answers that are too complex or lengthy to be reasonably answered on a common basis by those willing to help.

If you disagree with this you are welcome to poke an admin or someone else on the staff team for a second opinion as the rule "too simple" is ultimately subjective.

Tools 1 Maps 1 Tutorials 1
The only problem with that whole reply I see is that people wouldn't know "casc" is the word to search for, other than that I fully agree - people who won't google these kinds of issues have infinitesimal chances of finding this kind of a tutorial so it's useless to that group, and those that would google stuff can just do that instead.

All the extra data I put in is probably just feature-creep and you're correct that it makes the tutorial seem so much larger and more complicated than it is.

Also no need to poke anyone since I trust your opinions more on this, especially with me not having a good idea of the vision for the tutorial section. I guess one of the causes of this tutorial was also the amount of outdated and/or duplicate tutorials about extracting from MPQ and similar but making just one more pointless tutorial will by itself not change that.

As a last paragraph, sorry if any of these replies seem in any way attacking. English is not my native language so I might not conceive the context of some phrases or words. Thank you for your time

Chaosy said:
If I have a tech problem in general, what is the first thing I do?
Google. [...]
Click to expand...

When people have a problem nowadays, many of them imho prefer to post "I can't do [whatever stuff they want to do] plz halp me!" in a forum, and then they wait for an answer. 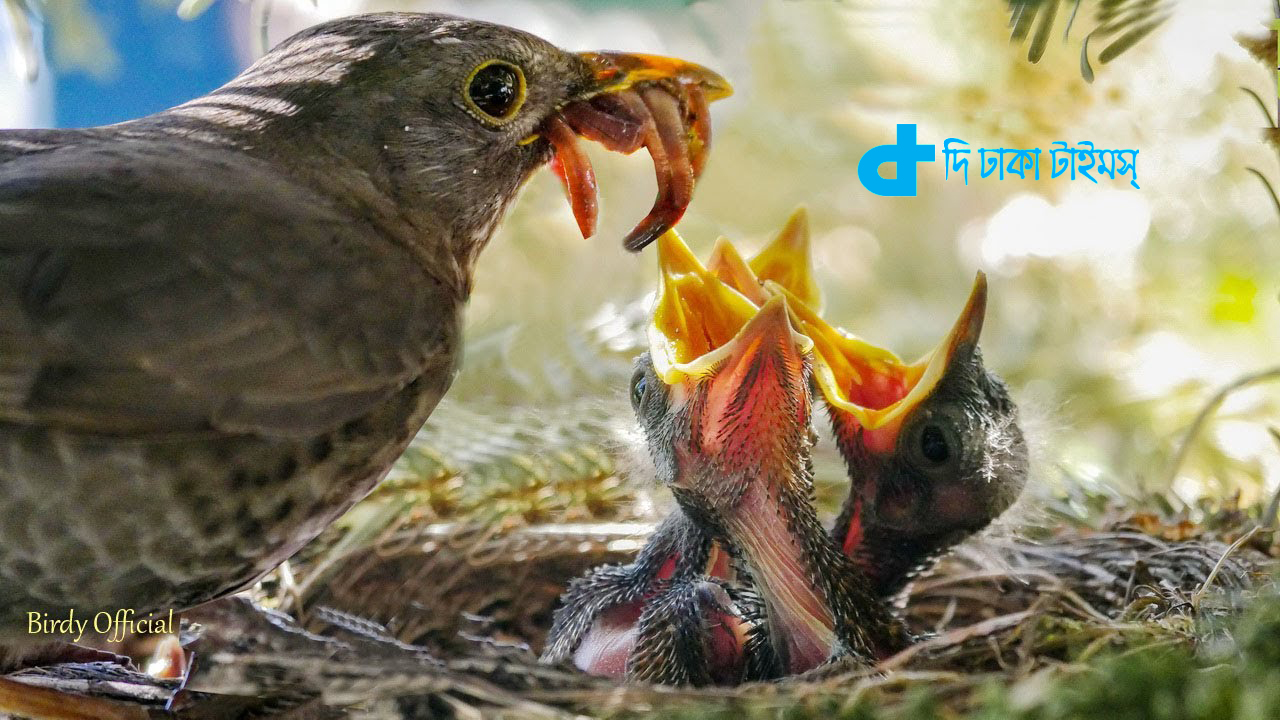