This map is a Capture the Flag (CTF) map...as usual, these maps need a lot of players to be crazy or fun enough. This map contains heroes with 4 spells like in WC3 and it's not a shooter. Capture the flag from the opposite team and return to your own flag to score. This is a small map with fast-paced action when there are a lot of players. All heroes in this map have high spell damage so that the flag carrier can be killed easily because the distance of journey from base to base is short. This map also has a little Unreal Tournament feel...mainly because of the vehicles.

General:
- Contains 18 playable heroes, 9 on each team.
- 4 types of vehicles to ride, some vehicles can take in a passenger as well.
- Contains custom items and recipes.
- Middle of the battlefield is a road where trucks can pass and kill you.

Gameplay:
- Capture the flag from enemies' base and return to your flag to score.
- You cannot score if your flag has been stolen.
- Flags automatically return to base when left idle for 20 seconds.
- When carrying the flag, you are slowed and revealed to enemies.
- You cannot cast Blink, Anti-Magic or Invisibility as a flag carrier or the flag will drop.
- You may find spells which are related to other games.
- If you enter the Hero Selection area or have been hit by a truck on the road, you will die immediately.
- You will always respawn in 3 seconds after death.
- Each kill gives you 100 gold and each capture gives you 50 gold.
- When a vehicle dies, it also kills all passengers in it.
- The game will end after a team has acquired the number of flags equal to the Capture Limit.
- All ultimates require at least 1 second casting time.
- You can hire units to help you out but they cost a lot.
- Healers have very high HP recovery spells but do not deal as much damage compared to other Heroes.

Balancing:
- Reinforcements are available every 5 minutes for the team which has the highest deaths. An item will spawn in the base.
- All items cost a lot and do less so that the rich doesn't always win.
- No matter how high your HP is, you can still get crushed by a passing truck. 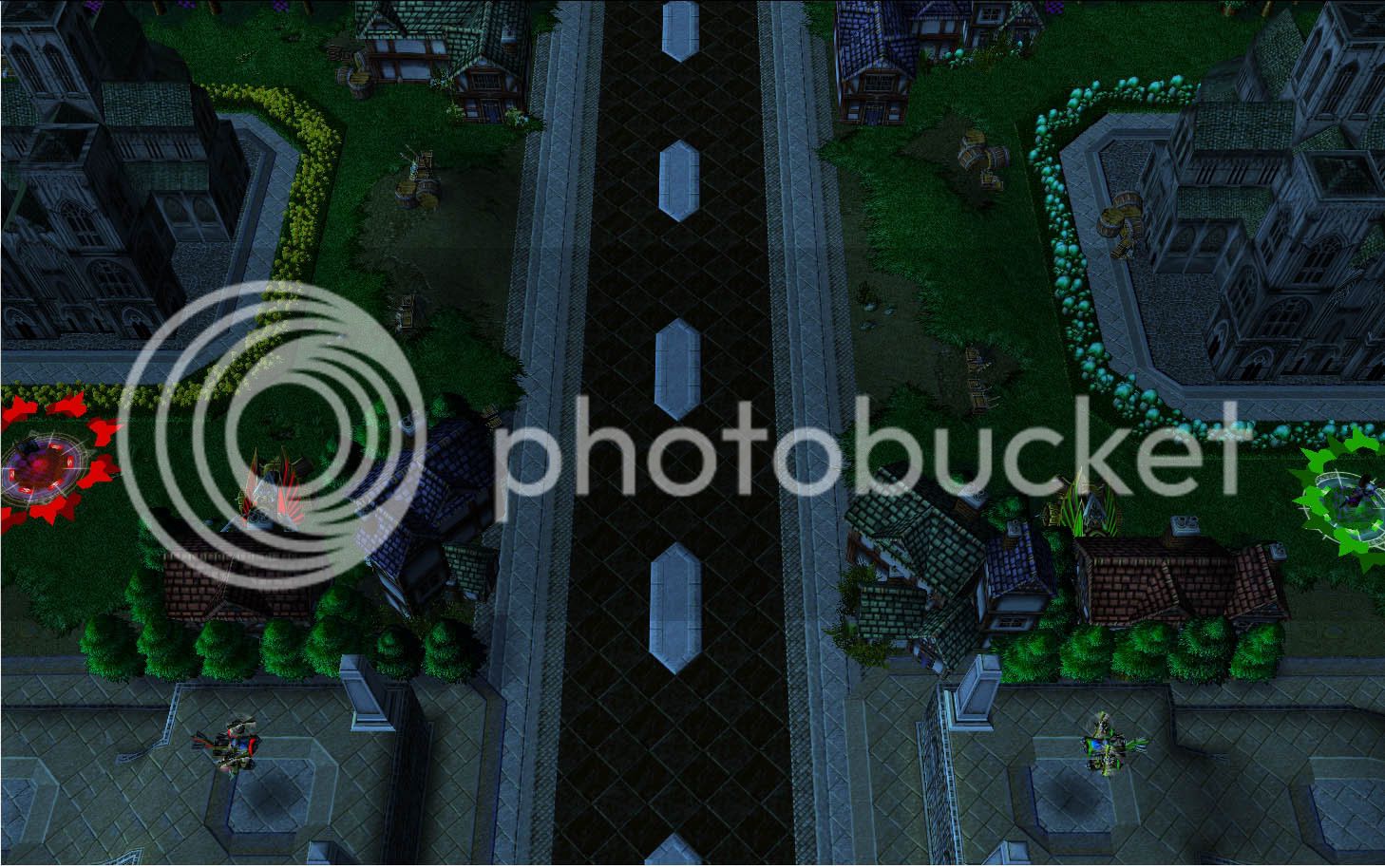 Updates in v1.01:
- Power-ups are added and spawn randomly in the map.
- Host can now select the Capture Limit at the start of the game.
- Players can type in -random to select a Hero by random.
- Map Preview added.
- Changed a bit of the terrain.

Credits to Kitabatake, NiX_GR_, Captain_Jack, Black_Stan and Callahan for creating models which I have put into this map. Thanks to Quickshot14 as I referred his map for certain spells and gameplay.