Castle of the Dark Lord 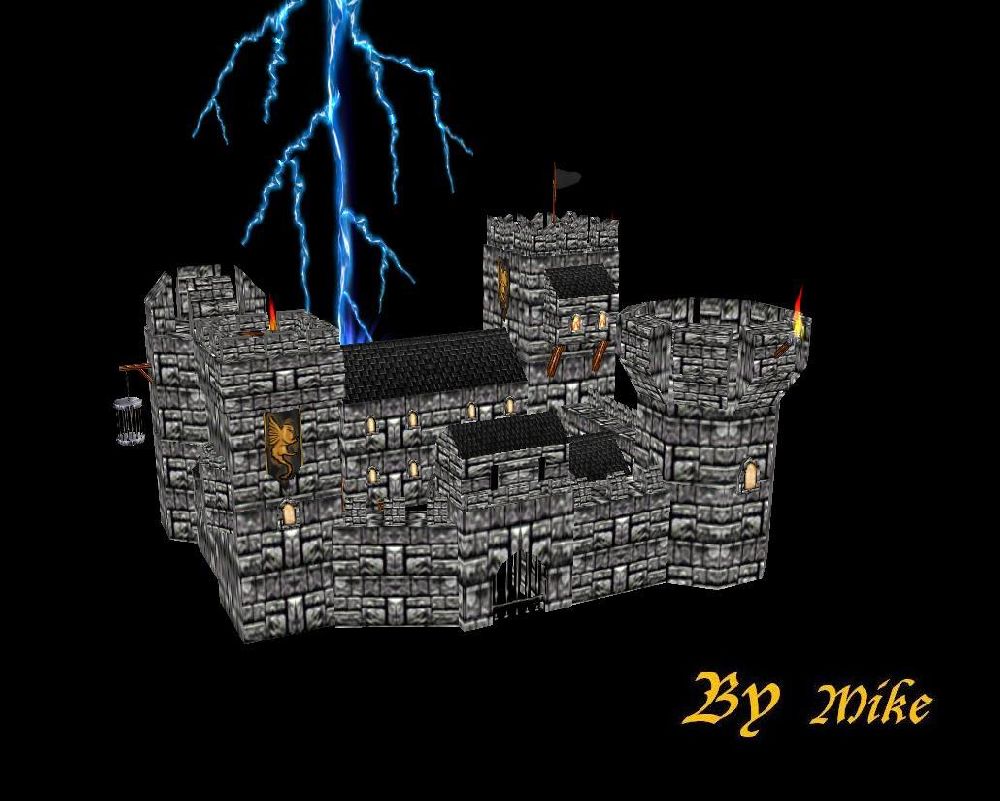 This bundle is marked as approved. It works and satisfies the submission rules.
View usage Statistics
Reactions: azen, IamFootman061, Renly Baratheon and 4 others
Darks Lord asylum. I made ​​this model in addition to the other castles in this forum.

Castle of the Dark Lord (Model)

How to import this model View in 3D Sanity check More info
Reviews
13:42, 5th Feb 2014 Misha: well.. some details here are pretty small, and won't be that visible ingame, unless you fly the camera around, really close. so you could remove some of them, like those metal spikes in the walls. second thing; with a...
Read full review...

13:42, 5th Feb 2014
Misha: well.. some details here are pretty small, and won't be that visible ingame, unless you fly the camera around, really close. so you could remove some of them, like those metal spikes in the walls.
second thing; with a building that feels that massive, its death should be equally massive. could you try getting each individual tower collapsing? and maybe being left there as a ruin for the decay anim?
Birth anim feels kind-of too short, could you compare the length with, say, barracks? Also, the stand work anim has the windows lighting up like on those lill new-years lights, make those waaay slower and pulsing, instead of how it is atm. also, why is there a hammer ,whacking 'nothing' in that same anim?

Misha: lookin' cool, you just need your collapsing parts to have bottom polys under them, so they don't show as holes when death anim finishes

05:21, 9th Feb 2014
MiniMage: While I still don't get why the model is blinking, I say this is still worth approval. I would've liked the death animation to be a tad faster, but yeah, I guess that's more of a personal preference.

Fancy. I like the look on the torches.
Looking good.

Models 63 Icons 1 Packs 2 Skins 4 StarCraft II Resources 2
.. not to crowd the moderation, but i'm really unsure about that wooden part of the castle, in front

Models 24 Icons 22 Skins 1 Maps 1 User Interface 1
I kinda get the feeling that the texture used for the wall is too repetitive.

Awesome! I think it works swell with my dark human faction

Icons 9
looks kinda like a greyish blob the main texture is very busy and looks like the same one for a lot of it, try using an different stone texture for the wall and turrets to help distinguish them from one and other.

Castle of the Dark Lord!?! This does not look like Dol Guldur(Sauron's Castle/Fortress), Barad-dur(Sauron's Dark Tower), Hogwarts(conqured by Dark Lord Voldemort) or Dark Lord of the Sith Darth Sidious's palace!!!

Maps 3
This is hilarious! I like those torches and the lightning. It got a
similarity on Illidan's model. +rep.

Maps 4 Templates 1
Liked the castle but you could try adding some sinister or dark feeling in it because it looks like a normal castle to be honest.

nice made but there's already a texture with the same name though XD 4/5 so cant make use of it
Last edited: Feb 18, 2014

plakkoek said:
nice made but there's already a texture with the same name though XD 4/5 so cant make use of it
Click to expand...

What are you talking about?

Maps 1
I'm sure low-level vampires live there.
The bigger, The better!