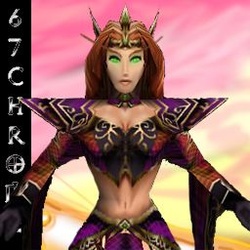 The latter will overwrite the reign of chaos sorceress, which is technically a hidden model in the .mpq, though it is rather easy to access. There is box you can check in a model's art section that will cause it to use either the frozen throne or reign of chaos version, and you can always edit the model path directly. If you look at the model path for the sorceress it should say something like units\human\sorceress\sorceress_V1.mdl - if you just delete the _V1 portion of said path it will give you the reign of chaos version. Hopefully that made sense, if not you can always check out some of the tutorials on this site concernign hidden resources for more clarification.