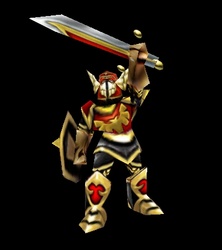 Additionally, a pack containing a different wrap of chest and legs, that more closely resembles the vanilla units, has been made at the request of a user and will be added to the first comment (V2.--r).

General Frank
Edits are too minor and are derived from an other user. Substandard.
Read full review...
Reputation Statistics
Page 1 of 2
Show Ignored Content
Page 1 of 2