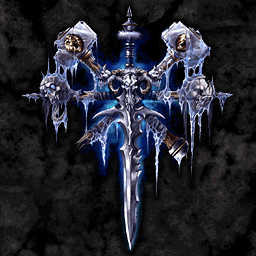 Map Info View Resources In Use Download
Reviews
21:30, 8th Mar 2009 by bounty hunter2: I had talked to CMarket moments ago. First of all he mentioned a game crashing bug in Chapter II. However that is not the main reason I am rejecting this: * Alpha stage maps are against the rules (Beta is...
Read full review...

21:30, 8th Mar 2009 by bounty hunter2:
I had talked to CMarket moments ago. First of all he mentioned a game crashing bug in Chapter II. However that is not the main reason I am rejecting this:

Now I suggest you create a thread in our Map Development Forum and there you will raise feedback and once your map is atleast in Beta, resubmit it, until then, Rejected.

Maps 12
I just played it and although it is generally fine, there seems to be a game breaking bug somewhere at the middle of the second chapter. I'll point out the bug just as soon as I write a few bullets on the rest of the campaign so you know what to improve.

This is an RPG-oriented campaign which has above average quality but is currently in Alpha state(I imagine you'll add more chapters?). It has nice terrain, cute and simple quests, a morality system(are you good or bad?) but lacks side quests and, since it's supposed to be hero-oriented, the custom spells, so far, are pretty mediocre.

Now, there are a few minor things you should improve:

Now, as for the bug, when I want to chose to either kill the priest anyway or spare him no matter what I chose the game remains frozen there. What's more I can exit it, move around, but the interface is acting like a cinematic and that's the game breaking bug. Fix that.

All in all it's a good RPG but because of the game breaking bug I think it should be rejected until update. If you fix it I say that we're looking at a grade around 3, but since it's in alpha state it's still too soon to tell. Fix the things I mentioned and it should be better.

Maps 1
Okay, as above is true. The second thing bug is stupid. I did wonder about the aura thing. The other problem is the lack of uniqueness in spells. First Chapter:holy light, devotion aura, Second chapter: death bolt (basicly), and another aura. The terraining is better, but in the first Chapter, it's like you see only the town, as well as that third soldier living.

Models 1 Tutorials 1
This is in alpha (non-finished) state, am I not right? Alpha maps are against the rules and will not get approved until it is in at least beta state. If you want feedback etc. regarding your map, create a thread in the Map Development forum.
You must log in or register to reply here.