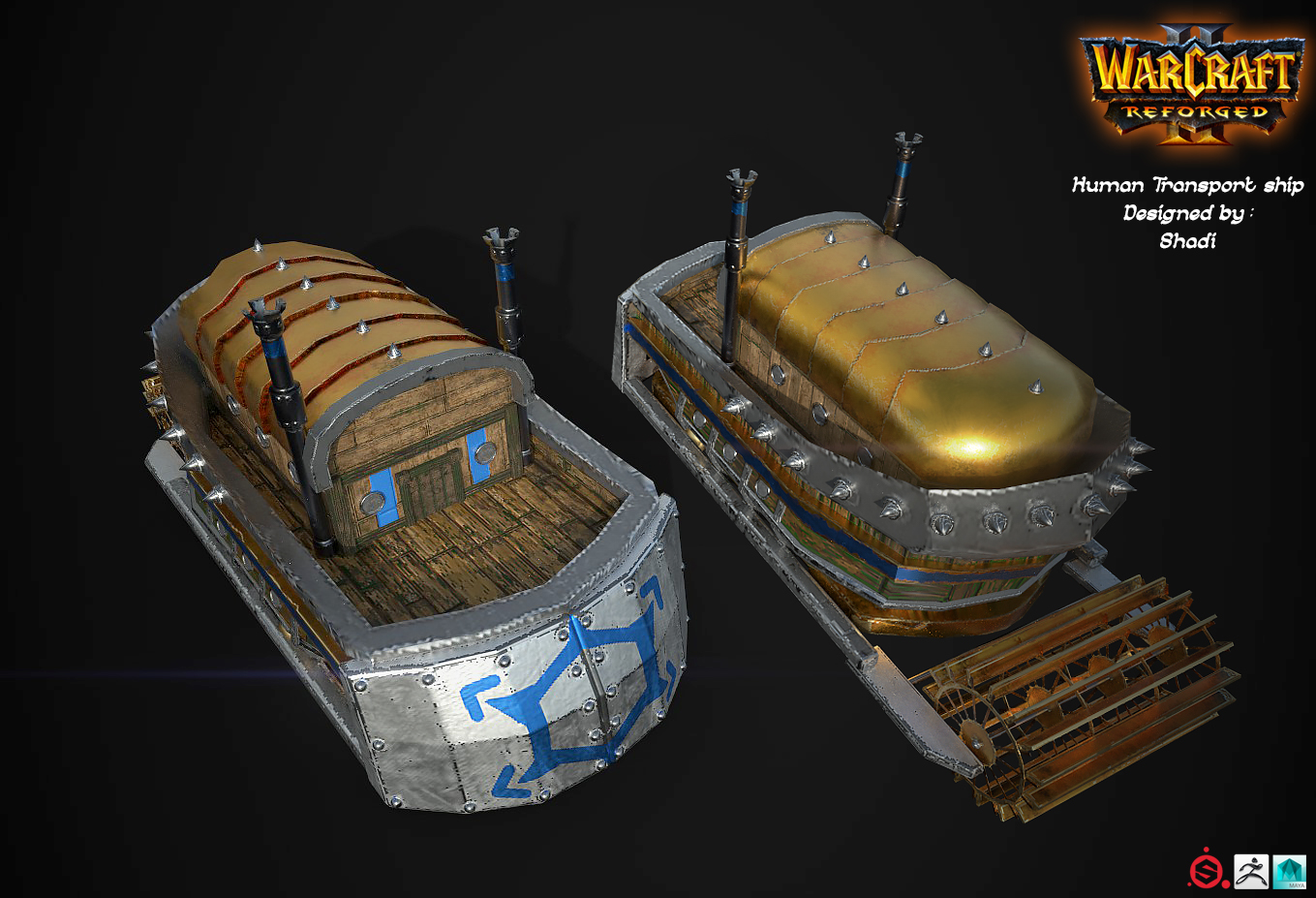 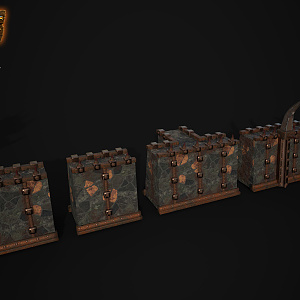 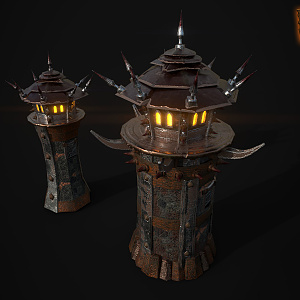 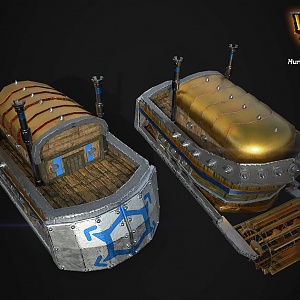 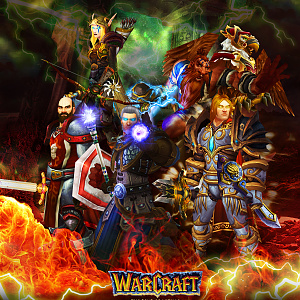 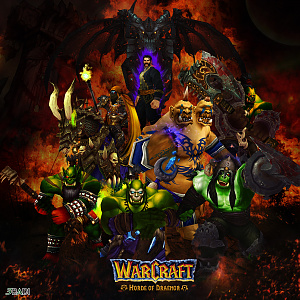 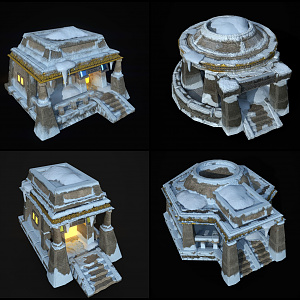 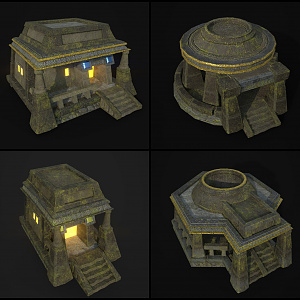 the Paddlewheeled Ships that were used in the 2nd war.
Click to expand...
Gonna spin some scallywag orcs with that bumpy wheel.
Awesome work!

Though, if I compare it to other reforged models I feel it is slightly too realistic and could use a bit more stylization. But that's just my opinion.

Anyway, keep up the good work!
@HandCLAW in game it does correspond with the other human ships color and shape wise, but if you have specific suggestions, I'm all ears!
@ShadiHD

The reason why I say it is a bit too realistic is because from what I see you use 90° angles. Under normal circumstances, yes, that's how it would be done correctly in real life, but we are talking about a model used in a game with a top side perspective.

Because of this, you want to have some sides tilt slightly so they face a bit more to the camera so you can read it better.

I did compare it with the other ships.
Although they use far rounder shapes, I'd dare say the same applies there as certain walls are tilted to be better viewable from the top.

Though, this is of course at your discretion as an artist to decide which sides need to be tiltet. In order to do that I would advice to look at the model from a distance and perspective similar to ingame and think about which details you could show better this way.

Of course, in Reforged they went for a far more realistic looking route, but stylization is still there. The best example I'd say is the Siege Engine. Just take a look at the wheels and the front barrel: they are tilted although in normal circumstances they would be at a 90° angle as well. 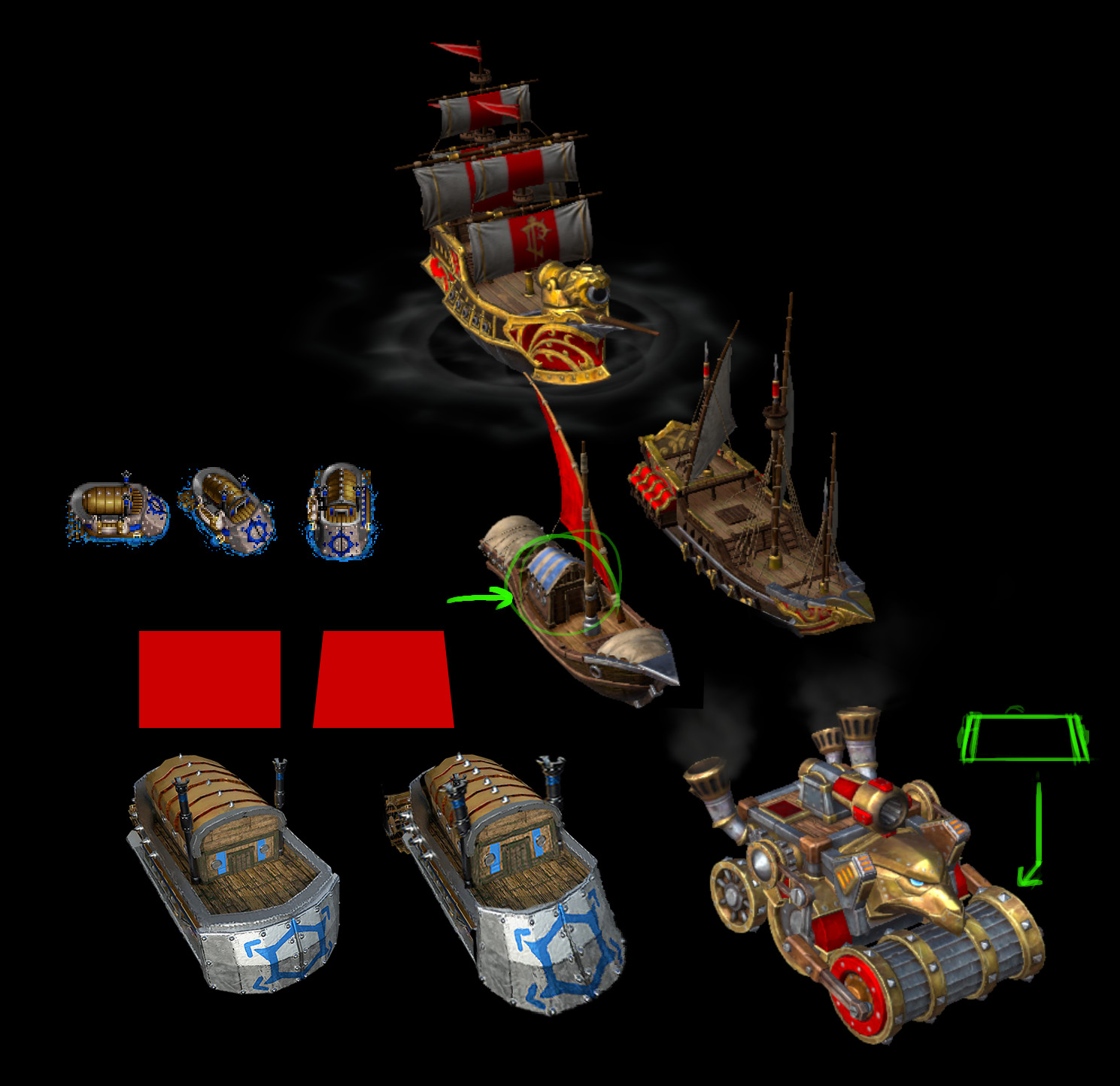 I did try to do some adjustments in photoshop. One thing I would suggest at least is to tilt slightly the cabin on top, similar but too the same degree like the cabin on the wc3 transport ship.

I tested to increase the size of the spikes but I'm not sure on that and it might depend on how it looks ingame. To push the silhouette you could MAYBE try to to increse the size of the smoke stacks making them wider. Stylization aside, the biggest change I'd suggest is to tilt heavily the frontal plate, simply to be more like the warcraft 2 sprite. This way, it gives the transport a more interesting shape as well as it is very boxy.

Anyway, it's just my take on this. Feel free to take up on my suggestion as you see fit. It's something I learned over the years to notice and it's something I saw. They are small things, but I think they make the difference. Anyway, hope this helps.
@HandCLAW this is a very good detailed breakdown, thank you for your input!
so how do these things work when could i be able to download this and use it?????

I have no clue how these things work i see them all the time but i'm sad that i cannot download them because they're just pictures is it like advertising whats coming soon? or just a cool idea put up on HiveWorkshop?
@BilboSweggins all can be explained here

[Campaign] - Warcraft 2 campaign (reforged)
that's a cool project am interested in it. I have never played 2 or 1 so looking foward to it

but did you have to make me read so much unrelated stuff to what i asked??? XD
@BilboSweggins hahaha oh man, but the thread explained that all our custom assets will be released for free once we finish the project

You have sealed my download If that even does anything XD