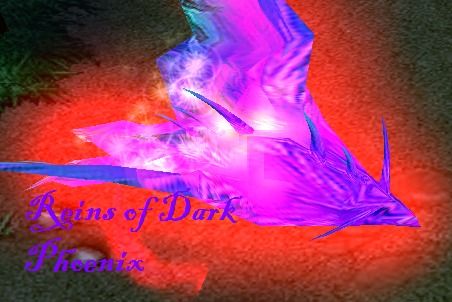 This bundle is marked as useful / simple. Simplicity is bliss, low effort and/or may contain minor bugs.
View usage Statistics Legacy download
Reactions: Sunreaver and DaHomieG
Hope u like this dark phoenix skin or Anzu or Dark firehawk or anything u can think of

Here is a link where u can download the whole pack:
Pack= http://www.hiveworkshop.com/forums/2646770-post13.html

Reins of the Dark Phoenix (Texture)

View in 3D Download
Reviews
01:52, 21st Feb 2015 Misha: mhm.. lazy blizzard using artwork for texture.. and then lazy you for just recoloring it.. try painting it by hand next time
Read full review...

01:52, 21st Feb 2015
Misha: mhm.. lazy blizzard using artwork for texture.. and then lazy you for just recoloring it.. try painting it by hand next time

Here is the Egg
Units\Human\Phoenix\Egg1.blp

Maps 3 Spells 1
Is this a recolor?
If it is,i'm sorry but thats against the rules
I however,love this and find it usefull.Ill definitly use this

I fear this is a recolor, if it's not it can be a great skin for Anzu, the shadow bird thingy in Spires of Arak.

Sometimes, a texture's usefulness may outweigh the fact that the skin is a recolor/copy-paste work. In this case,
moderators will note that the texture doesn't fully adhere to the rules, but is approved due to it's usefulness/demand.

I on the other hand, do-not think this is 75% freehand.

Tutorials 4
Even tho, as The Panda pointed out, recolors can be accepted if they prove to be extremely useful (which I fear it's not the case in here as there's already a Nether Drake model doing this much more effective for a Nether Phoenix), this recolor is oversaturated and surely won't fit well with ladder resources.

If you were to tune the purple's both lightness and saturation down, it would be more impressive and look a lot better.

Still not sure would it be useful enough, as you can't recolor the flames via texture unless you mess the other textures up (which messes up some other effects up, causing domino effect) or the model itself.

Maps 3 Spells 1
I do think that it can be usefull for someone making a Wretched race.

I agree, it is useful. For those who don't know it's based off the Dark Phoenix in WoW.

However in my opinion it looks more like the Corrupted Fire Hawk mount.


What I think you should do is turn the glow purple somehow. The red is clashing with the purple.

Overall useful if improved upon. 5/5 +rep

Tutorials 4
If the skin was based upon that WoW reference, at least some effort could be put into additions such as helmet and body armor

In my opinion, this skin is useless even if you plan on purple EXCLUSIVELY team color, unless you plan to get a custom model for it to remove ribbons. Red and magenta purple don't really go in any way well together.

Not being hard btw, or having something against recolors, it's just the truth.
By looking at the screenshot, I can wordlessly explain why do I feel it needs a lot more work.

Models 1 Packs 1 Skins 1 Maps 13
Here u can download the whole pack with Model,Icon and skins.
Just remove war3imported\ in skins

Randomall said:
Here u can download the whole pack with Model,Icon and skins.
Just remove war3imported\ in skins
Click to expand...

It's a lazy recolor, but a very purdy one.
I like it.

Models 114 Icons 9 Packs 7
It's funny you named the skin "Reins of the Dark Phoenix". This is no skin for no reins. It's a skin for a phoenix.
You must log in or register to reply here.