Maps 1
I've been making this map on-and-off for quite a while now, and it seems that everything that i can test by myself is working. So now I'm looking for testers to test multiplayer stuff such as;
multiplayer-related bugs,
fun,
balance

About the map:
It's 2-6 players. Team Mode and FFA is supported. There's a capture-the-flag like winning condition; in the middle of the small arena are three orbs; the red, green and the blue orb. Once a team has captured all three orbs, they win the game. Stop the other teams from capturing orbs by shooting them down!
There are three Archer Types too choose from at the beginning of the game, each with different skillshot abilities at their disposal.

The map features a Wind System, inspired by the Worms games. The wind affects where your projectiles go, forcing players to compensate for it when aiming, and to maneuver around the map to gain a better position. The wind's strength and direction changes every so often.

That's the gist of the map. Other than that there are powerups, items, extra options (such as turning off friendly-fire) that anyone can purchase at the start of the game for their own starting gold and an in-build remake functionality (which currently leaks a not-insignificant amount)!

PM me if you're interested!
Send feedback to: [email protected] 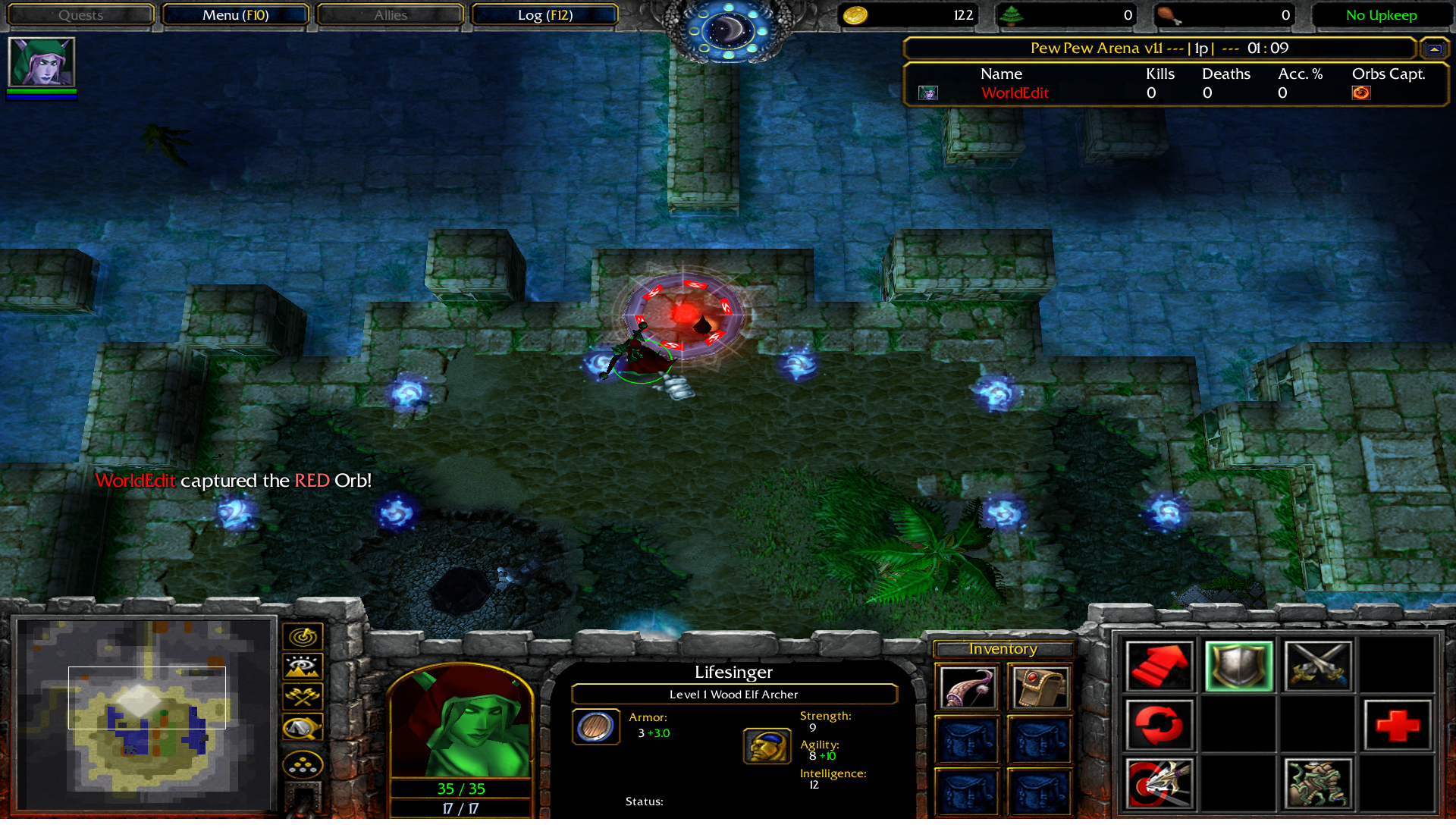 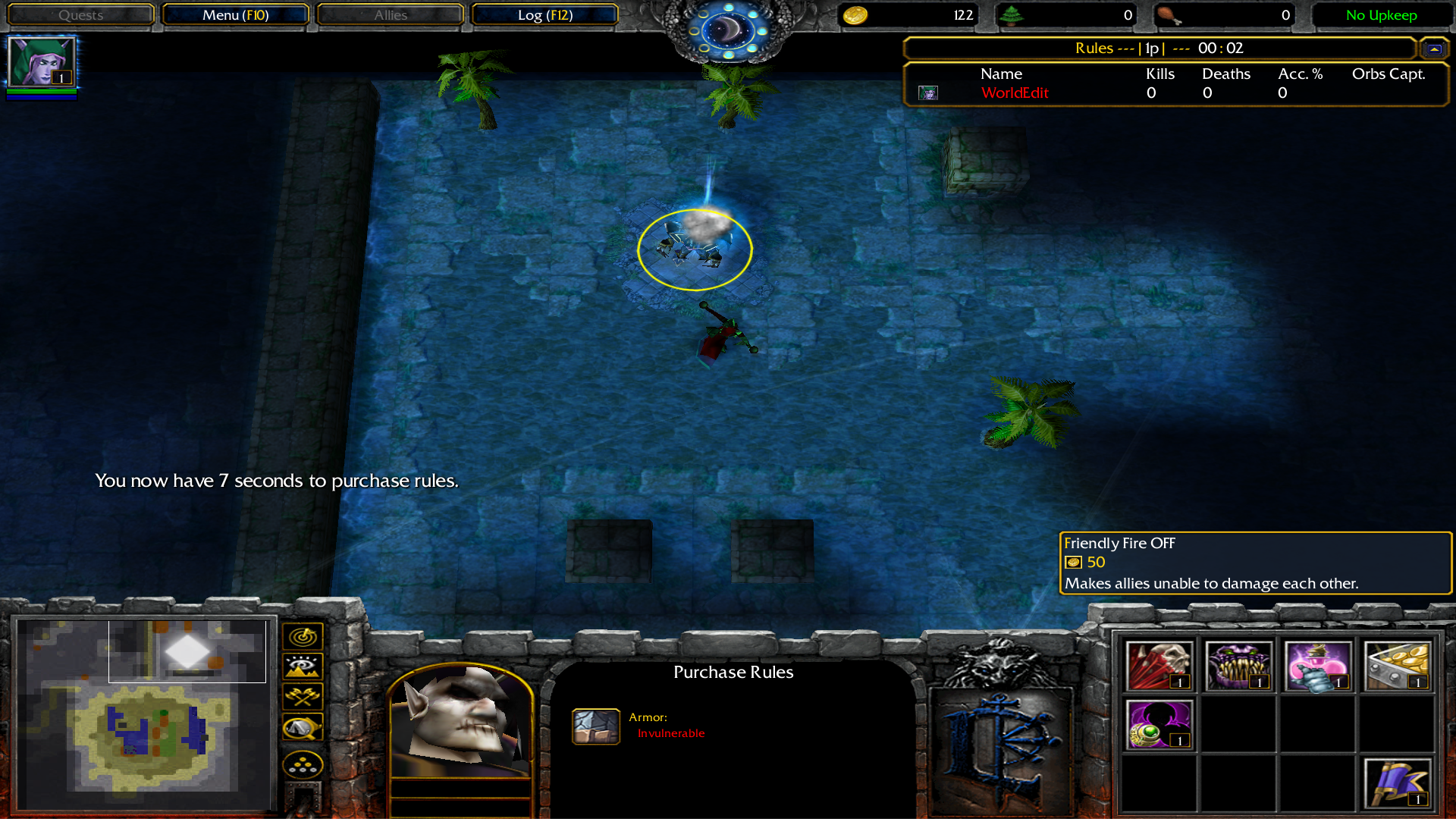 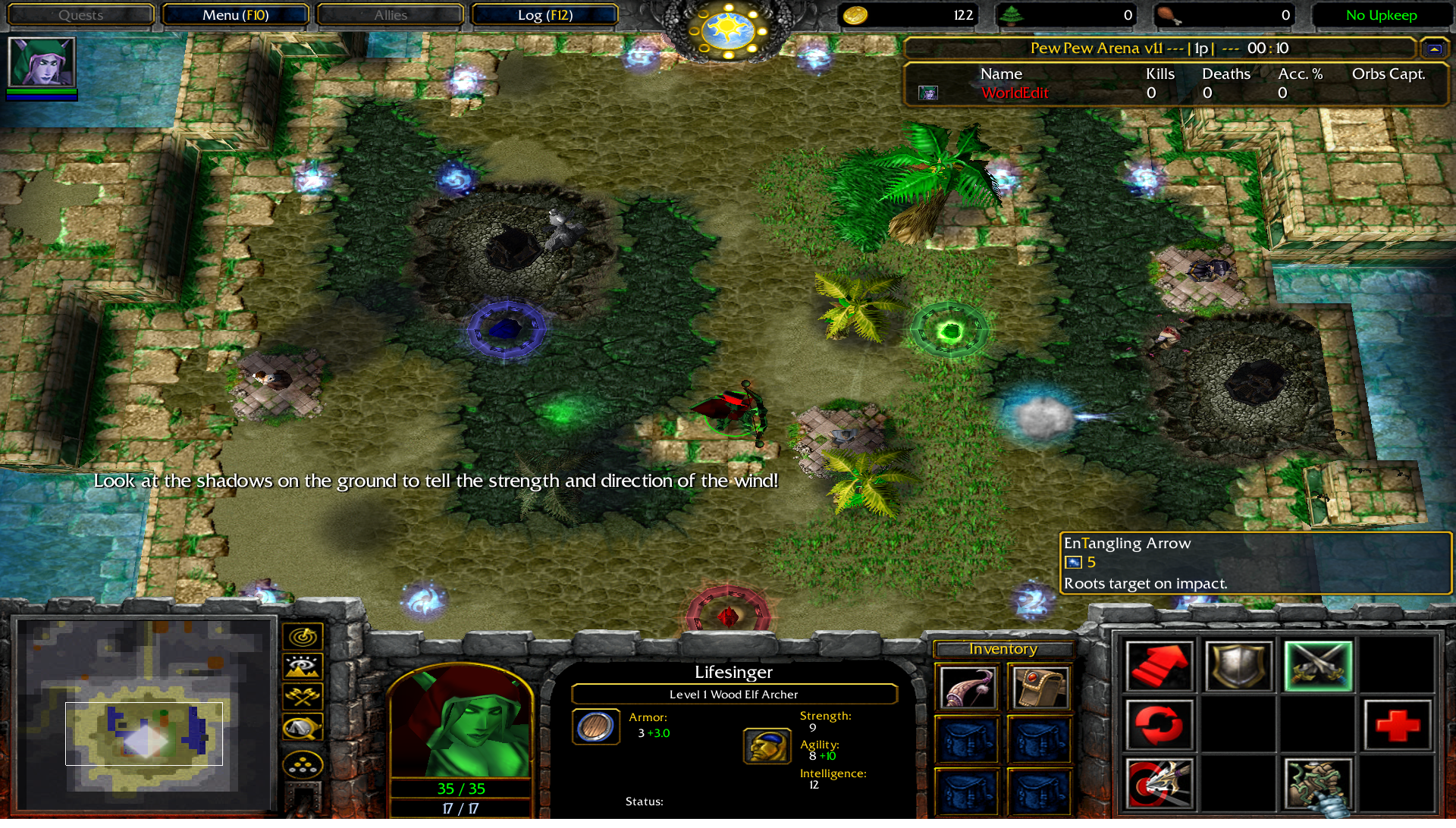 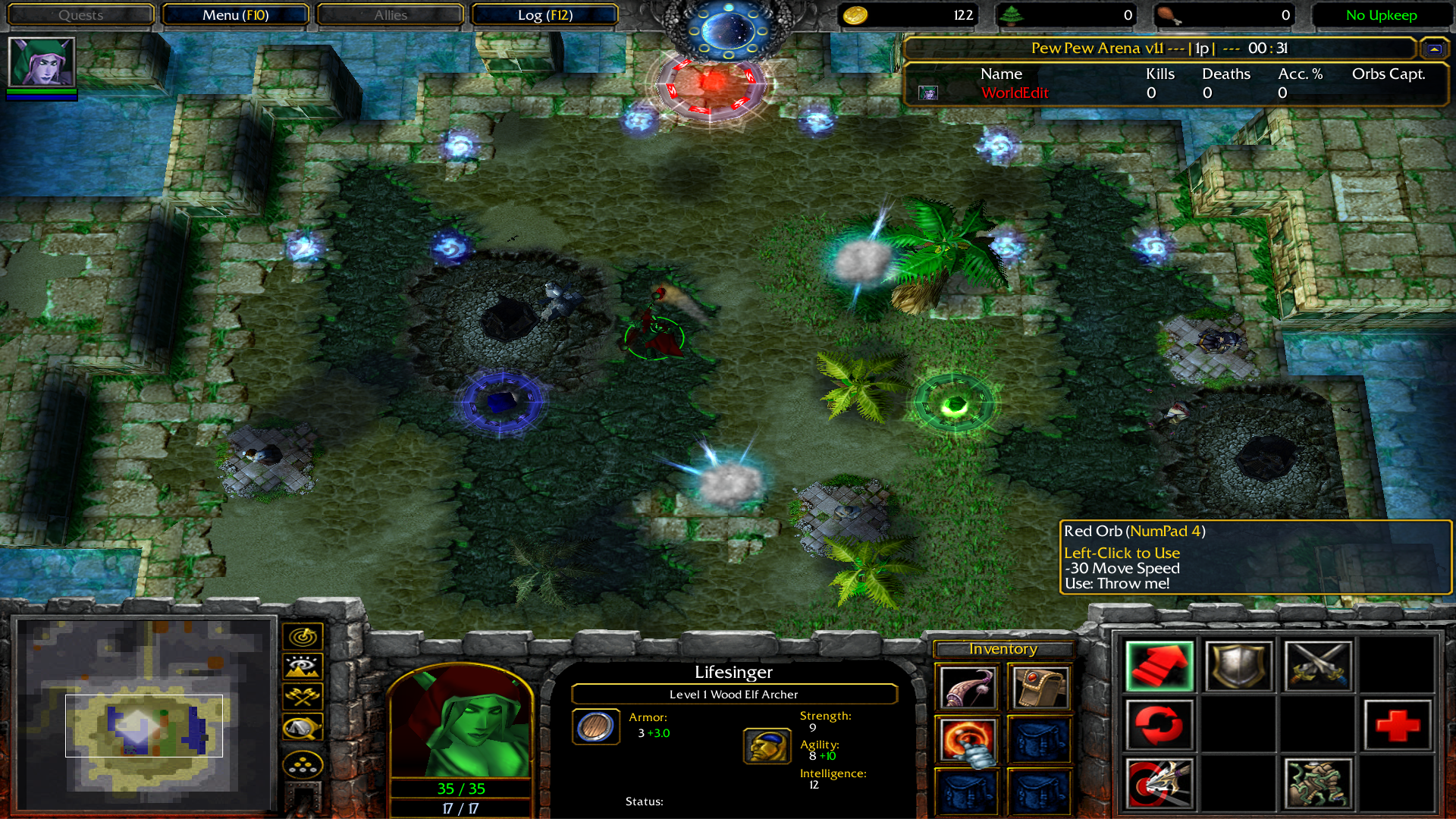 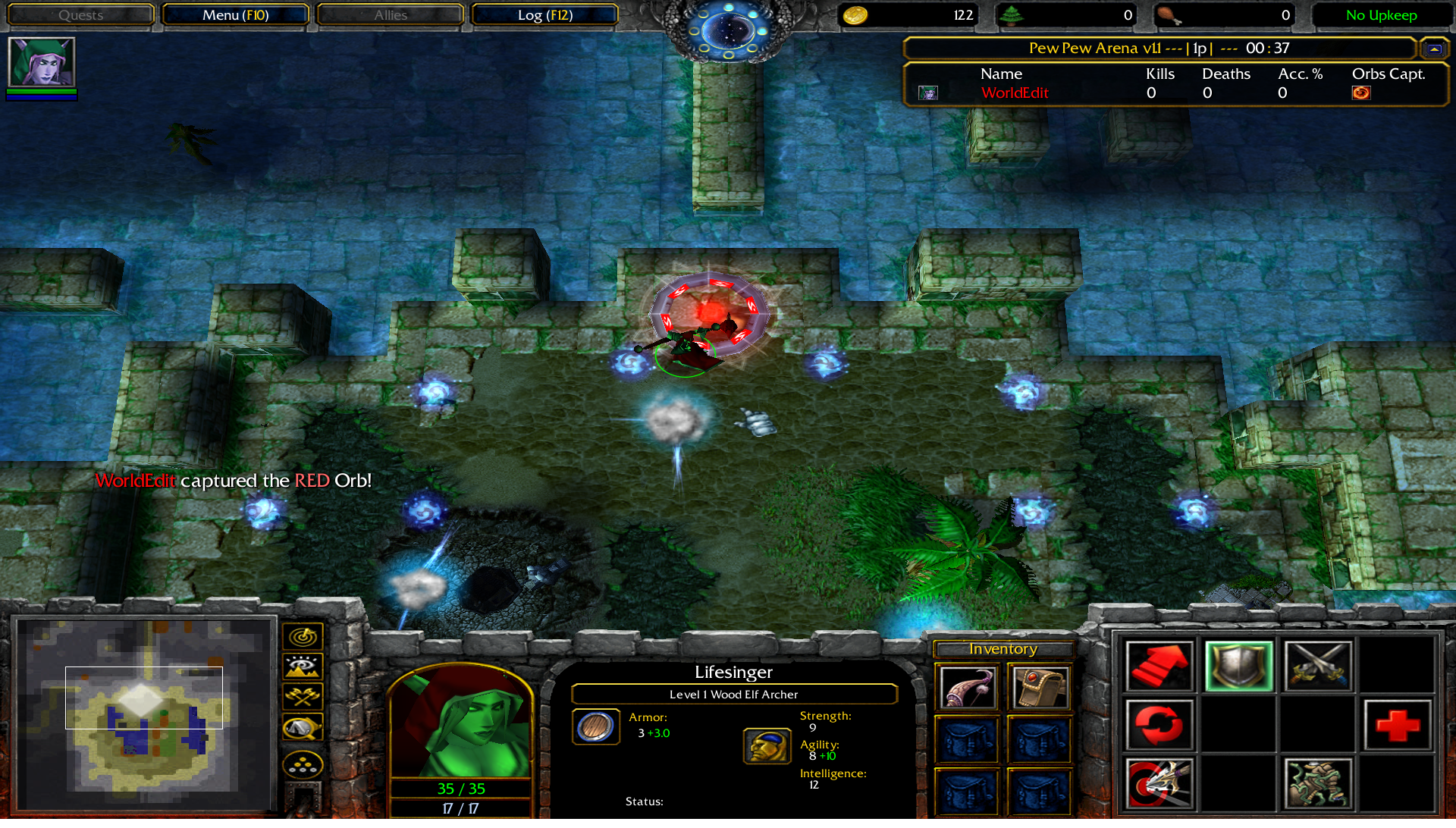